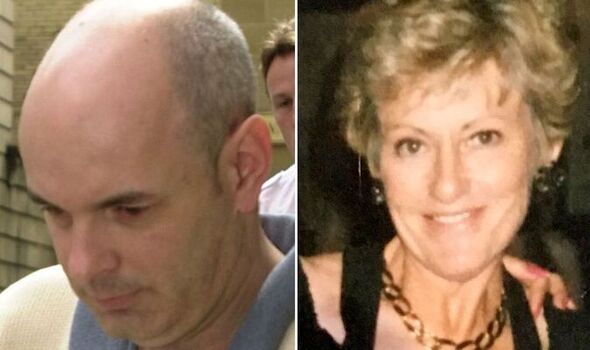 Almost 30 years after her mother’s gruesome murder, Tracey Millington-Jones is terrified her killer could soon walk free. Christopher Farrow, now 61, tied up 51-year-old Wendy Speakes with a pair of stockings before raping and killing her in 1994. On Friday he will appear before the parole board and could be released into society.

Farrow forced his way into his victim’s home before tying her up with a pair of stockings and forcing her to wear a pair of blue mule shoes.

The Wakefield receptionist was then raped and stabbed to death, her body later discovered in her home.

Farrow was not found until six years later after a massive manhunt.

He was jailed for life in 2000, and was also given concurrent sentences for rape, a further serious sexual offence and attempted burglary and is feared to have stalked at least one other women before the killing.

But Farrow was moved to an open prison in preparation for release by parole chiefs in 2018 – and it could come before the end of this year, as he is set to have his third parole hearing in six years on Friday (November 25).

Wendy’s daughter Tracey Millington-Jones said: “He could be back in society and is a dangerous psychopath who stalked, planned and pre-mediated to murder a lady who we think was his intended victim.

“But we also don’t know if my mum was a secondary victim because he does the stalking and planning beforehand.

“So you’re telling me that he’s 61-years-old, and has a hatred of women, and a shoe fetish – and now all of that is gone and he’s now a good person?

“I don’t think that anyone on the parole board would want him next door living to them.”

In 2020 the Parole Board ruled for a second time he was not suitable for release but a fresh review is due to be heard on Friday.

Tracey, who has long campaigned to keep her mother’s killer locked up forever, added that it was “concerning” that the parole board would even consider releasing the man when “you’ve had all these other women who have been murdered by strangers”.

She continued: “You need to take violence against women seriously across society and take action to take these dangerous murderers like Farrow locked up before more lives are lost.

“Farrow has not been near a woman for over 22 years and they think he’s safe to be released into society.

“Anyone who makes a decision to release someone like this, who is going onto be the next Yorkshire Ripper with a shoe fetish, has blood on their hands.

“If they do release him and he murders again, I’ll be shouting from the roof tops and telling the family of the murdered woman they need to take the parole board to court.”

A retired senior detective who brought Farrow to justice has also said releasing him from prison would be “playing Russian roulette” with women’s safety.

Former Detective Chief Superintendent Paul Johnston told the Wakefield Express that Farrow was “evil beyond belief” and said he would always pose a risk to women.

He said: “It is about risk assessment and then how you manage that risk.

“Sometimes, where the risk is so high, the only way it can be managed is by incarceration. That, in my opinion, is the case with Farrow.

“Anything less would amount to playing Russian roulette with the safety of every woman in the UK.