Dates nurses will go on strike next month announced 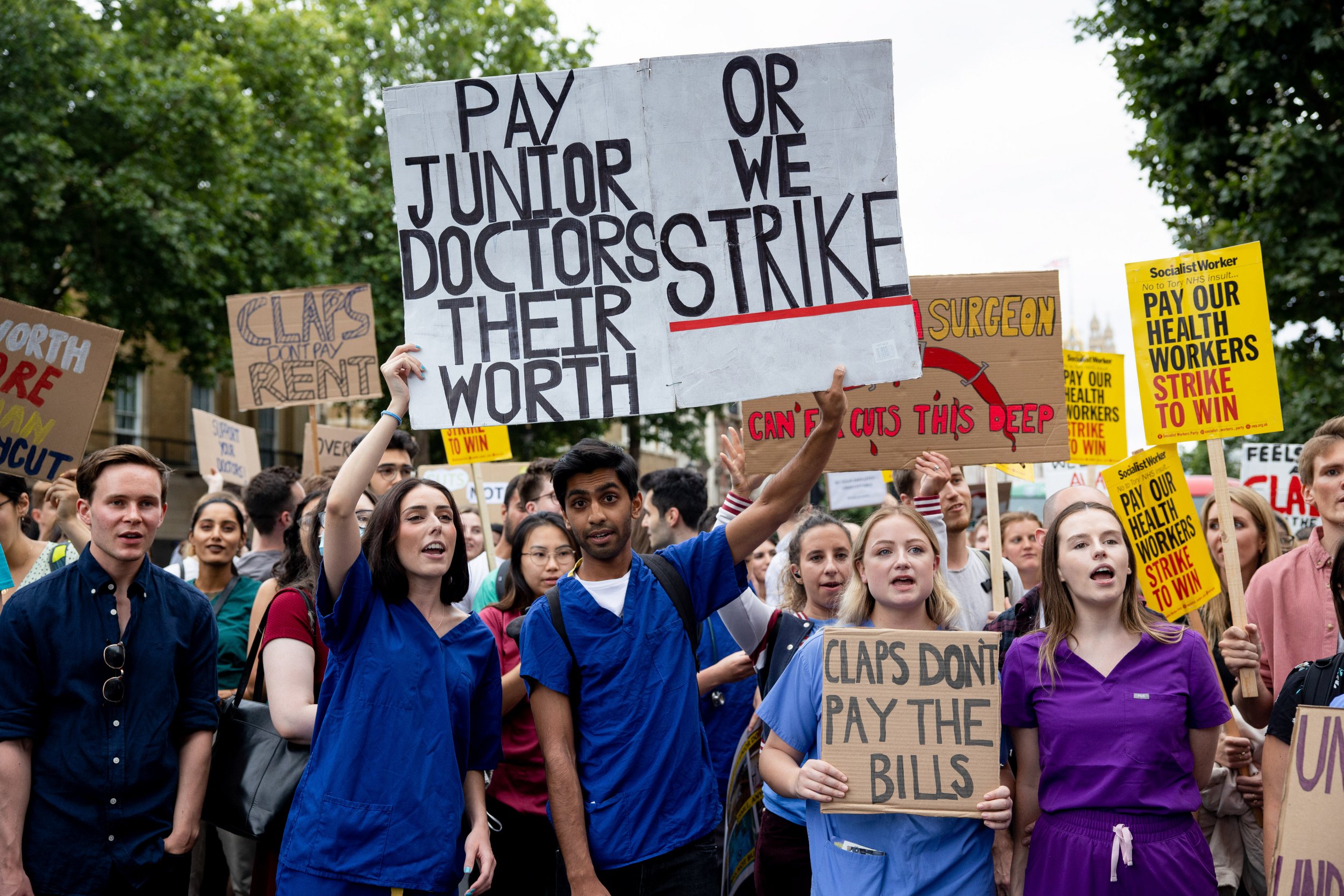 Nurses will stage their first ever national walkout next month ‘in a bid to be heard’ by the government over a pay dispute.

The Royal College of Nursing (RCN) confirmed its members in England, Wales and Northern Ireland will strike on December 15 and 20.

The escalation of the pay row raging across the NHS comes after the government failed to commit to formal negotiations with the trade union.

RCN general secretary Pat Cullen said: ‘Ministers have had more than two weeks since we confirmed that our members felt such injustice that they would strike for the first time.

‘My offer of formal negotiations was declined and, instead, ministers have chosen strike action.

‘They have the power and the means to stop this by opening serious talks that address our dispute.

‘Nursing staff have had enough of being taken for granted, enough of low pay and unsafe staffing levels, enough of not being able to give our patients the care they deserve.’

In Scotland, talks of strike action have been paused after the government there reopened NHS pay negotiations.

The RCN said that despite a pay rise of around £1,400 awarded in the summer, experienced nurses are worse off by 20% in real terms due to successive below-inflation awards since 2010.

With billions of pounds being spent on agency staff to plug workforce gaps, the union stressed the economic argument for paying nursing staff fairly was clear.

In 2021, at least 25,000 nursing staff around the UK left the Nursing and Midwifery Council register, with poor pay contributing to staff shortages across the country.

The RCN warned this was affecting the safety of patients.

The College maintains that surveys have shown huge public support for nurses receiving a bigger pay rise, as well as the right to take industrial action.

Last week, Labour MP for Coventry South, Zarah Sultana, said that ‘one in three nurses struggle to heat their homes and keep food on the table’.

She stressed ‘claps don’t pay the f*****g bills’ referring to the ongoing Clap for our Carers campaign during the pandemic.

Other health unions are also balloting workers for industrial action, while ambulance staff in Scotland are due to walk out on Monday.

Nurses are also not on their own in being forced into industrial action to get fair pay as thousands of teachers, university lecturers and Royal Mail workers are also on strike.