Two students visiting Croatia say they were wrongly suspected of undocumented migration and kicked out of the country. 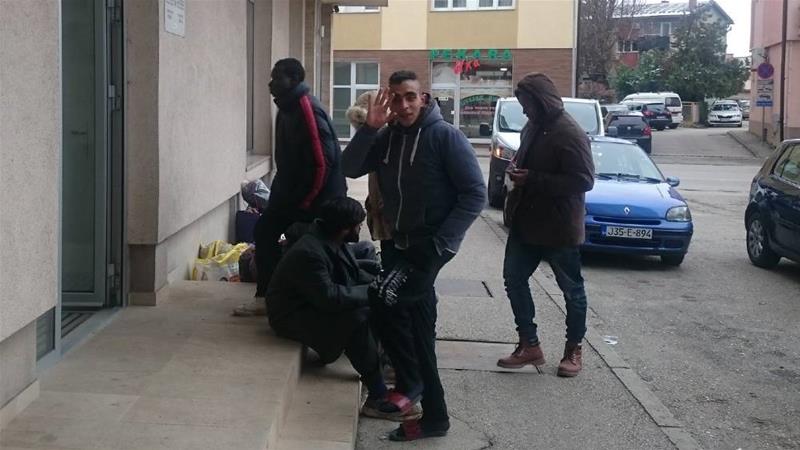 Sarajevo, Bosnia-Herzegovina – Croatian police have deported two Nigerian table-tennis players to Bosnia and Herzegovina, claiming they were in the country illegally, despite the pair having arrived in Croatia with valid visas.

Abie Uchenna Alexandra and Kenneth Chinedu, students from Owerri Technical University in Nigeria, arrived in Zagreb on November 12 to participate in the sport’s World University Championships in Pula, according to Hina, the government-owned national news agency.

Following the table tennis tournament, they headed from Pula to Zagreb, scheduled to fly back to Nigeria via Istanbul on November 18.

The pair settled into a hostel on November 16 and the following day went to explore the city, reported the Sarajevo-based Zurnal. They were stopped by police as they got off a tram, and arrested as they were not carrying their documents with them.

“They took us to the police station. We tried to explain who we were and that we had left our documents in the hostel. They didn’t pay attention to what we were saying,” said Chinedu.

He said police officers then put them in a van and said they were “taking them to Bosnia”. They drove the pair to the border, along with several others, and dumped them on the Bosnian side, near a forested area.

“I refused to go into the woods,” said Chinedu. “The officer told me he would shoot me if I didn’t move.”

After being chased, they reached the Miral Camp near Velika Kladusa in Bosnia.

That was two weeks ago.

Chinedu said they immediately contacted one of their fellow students who had stayed back in Zagreb, and asked him to send them their passports. However, they now faced a new problem: they were stuck in a camp and their Croatian visas were due to expire when they were due to get their flight home.

The students complained to representatives of the International Organization for Migration (IOM), which runs the Miral Camp, where it was confirmed that the students had been staying in Croatia legally.

Dean Sinkovic from the Faculty of Economics and Tourism in Pula confirmed to Al Jazeera that the students were competing in the table tennis tournament, that they had visas and an invitation letter from the university.

Emir Prcanovic, director of the Your Rights Organization, which is currently providing legal aid to the Nigerian students, told Al Jazeera that the documentation from the Croatian consulate proves the students’ legal status.

Alberto Tanghetti, a representative of the Inter-University Sports Committee and the organiser of the competition in Pula, said there were a total of five participants from Nigeria – four students and a professor – and confirmed they all had valid visas.

“The two students were participating in the competition, they had a Croatian visa, return plane tickets from Zagreb to Istanbul and from Istanbul to Lagos,” Tanghetti said.

Hina, meanwhile, announced “the Ministry of Interior does not know how these students ended up in Bosnia”, adding “their legal departure from Croatia has not been recorded”.

Ranko Ostojic, an opposition leader who chairs the Committee on Internal Policy and National Security, demanded the police explain themselves.

The students were on Wednesday, December 12 transferred to a field office of the Bosnian Foreign Service in Bihac, reported Al Jazeera’s Boris Gagic. After five hours, they were released, accompanied by police officers, and made no statements to the media.

It is understood they are being returned to the Miral camp in Velika Kladusa, where they are currently accommodated with refugees and migrants.

“Those people are victims of illegal acts of the Croatian side,” said Dragan Mektic, Bosnia and Herzegovina’s minister of security. “Respecting legal procedures, we now have to take them back to Croatia … It is obvious that they have Croatian visas, that they are in B&H illegally. From their statements, it is obvious that Croatian police forcibly displaced them and we have to bring them back there.”

The two Nigerian students arrive at the field office of #Bihac Foreign Affairs #BiH
They are working on their registrations.

“The European Union is shutting their eyes to the problem and tacitly approving the actions of the Croatian police, and that, if it is true that the police have deported the two students to Bosnia, it is against the laws of Croatia and the European Union.”

“Last week, we had a situation where Deputy Interior Minister Teresa Gras denied there were any such incidents, to which the Ombudsman argued that that was not the case. If this story turns out to be true, and that people who came here to represent their country have been deported, then it is a big disgrace.”

Boris Miletic, the mayor of Pula, added: “The actions of the Croatian police who condemn people based on their skin colour in a 21st-century European country are shameful and deserve every condemnation.”

He called for a reconsideration of the treatment meted out to the two students, and called on the interior minister to “urgently help them deal with the situation”. He expects an apology to be given to the pair.

But the Croatian Interior Ministry doubled down, and instead condemned the criticism of their officers.

“Statements that Croatian police discriminate [against] individuals based on the colour of their skin are unacceptable,” said a spokesperson.

They contend the story has a different narrative: “Two Nigerian nationals mentioned in the Bosnian media went to Zagreb the day before the rest of the group and stayed in the city.”

They said the students checked into a hostel in Zagreb on November 16, and that on November 18 they duly checked out of the hostel and went into the unknown, having paid their hostel bill and taking their travel documents with them.

“We reject as completely inaccurate the claim that their documents were left at the hostel and that the Zagreb Police Department officials treated them in such a way. We emphasise the contradiction in the statements made that the police officers had arrested them on November 17 this year, and the fact is that on November 18, they duly checked out of the hostel in Zagreb.

“Police did not record their legal departure from the Republic of Croatia, nor did police officers working in the field of combating illegal migration come across people with those names and surnames.”

They also raised doubts over the Nigerians’ intentions. The group of five “had their return airfares for November 17 this year”, a police spokesperson said.

“Two of them left Croatia in the following days, while the other three missed the opportunity to leave Croatia legally. This fact casts doubt on the real intent of their arrival and their intent to stay in Croatia.”

The police spokesperson added: “The police officers, during the course of intensive action in combating illegal migration, have previously encountered attempts – as well as abuses of participation or alleged participation in sports competitions in the Republic of Croatia. This is one of the ways foreign nationals seek legal entry into the Republic of Croatia and after participating in the activity for which the permit was obtained, they illegally continue their journey to other European countries.”

Croatian police also claim the fifth participant of the group left the accommodation in Pula on November 17 and tried to enter Slovenia twice at the border crossing. On both occasions, Slovenian border guards refused him entry on the grounds that he did not have a Schengen visa.

“Following these attempts to cross the border, a Nigerian national came to the premises of the First Police Station in Zagreb on November 18 and reported the loss of his travel documents. He was offered [the chance] to contact his embassy, but he refused,” police said.

Given that his visa expired on November 17, he was issued a decision on expulsion with a 14-day deadline to leave the European Economic Area (EEA).

“However, he did not leave Croatia but returned to the First Police Station in Zagreb on November 27 and expressed his intention to seek international protection in Croatia there. He has been granted this status and is currently in the International Asylum Seekers Reception Centre in Zagreb,” said the police spokesperson, adding: “Please note that on this occasion he presented a travel document of which he had previously reported the loss.”

Human Rights Watch warned Croatia in October that the country risked not being admitted into the Schengen area due to their continuing mistreatment of migrants.

HRW’s website posted a video from August shot at the Croatian border, featuring interviews with people just after they were sent to Bosnia by Croatian police.

“The illegal and violent return of asylum seekers and migrants without the due process of law enforcement by the Croatian authorities should disqualify Croatia as a candidate for entry into the Schengen area,” said Lydia Gall, senior researcher at HRW for Eastern Europe and the Balkans.

“Ignoring Croatia’s abuse of migrants at the border sends the message that respect for human rights as a condition of Schengen membership is just an empty story.”

This is an edited translation of a report first published by Al Jazeera Balkans.