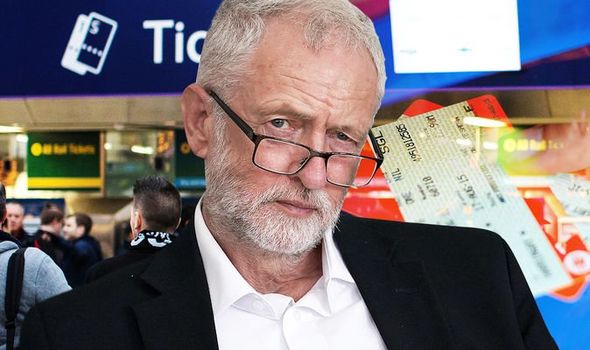 But the Institute of Economic Affairs said the “ill-thought out” proposal would shift the financial burden away from wealthier commuters to those less well off. The respected organisation also said the plan would make Britain’s rail service worse, not better.

As the election pledge hit the buffers, the party also admitted that roads projects could be slashed to fund cutting rail fares by a third.

And he suggested that some major road schemes could be dropped as a result.

Labour says its rail fare pledge would save regular commuters an average of £1,000 from January 2020.

Children aged 16 and under would also get free rail travel under the plans, while part-time workers would be guaranteed ‘fair’ fares.

“We are repurposing that fund so it becomes a sustainable transport fund,” he said.

Mr McDonald was pressed repeatedly on which road projects would be axed or downgraded to find the money, eventually snapping: “We cannot road-build our way out of a climate emergency. That is absolutely critical. 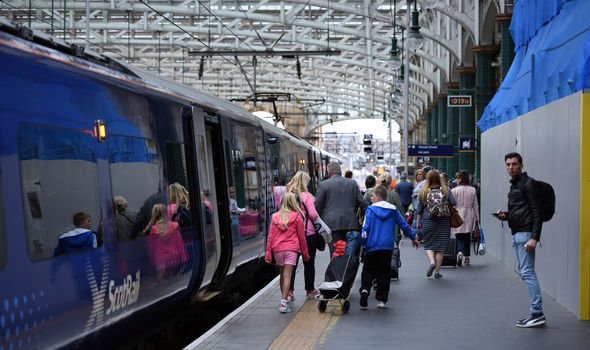 “We do need to make the decision. Are we serious about addressing the climate crisis?”

Jeremy Corbyn denied his policy platform amounted to a series of unrealistic giveaways as he unveiled the rail policy.

“They are not giveaways, they are rebalancing what we had, which was 10 years of austerity in which living standards have often fallen, income levels have been static, and in some cases fallen, and public services have been damaged and reduced,” he told reporters.

But Professor Len Shackleton, Editorial and Research Fellow at the Institute of Economic Affairs, said: “Labour’s new pledge to cut rail fares by a third as part of their nationalisation scheme would shift the financial burden from richer commuters to poorer taxpayers.

“This is an ill-thought-out proposal which will do nothing to help the effective running of this important industry.”

“This morning they admitted they would make huge cuts to the roads budget and restart their ideological war on the motorist.

“The vast majority of people in this country rely on their cars and drive every single day. The public will not be impressed that it is now official Labour party policy to increase the number of traffic jams that they will have to endure.

“Corbyn’s Labour needs to be straight with people about which road upgrades they plan to cut and who will suffer the most.”

He added: “It is clear that if he wins the election Jeremy Corbyn would cause gridlock on our roads and our railways.”

In UN address, Trump says China "unleashed this plague onto the world"

Romney OKs voting on court nominee, all but assures approval
We and our partners use cookies on this site to improve our service, perform analytics, personalize advertising, measure advertising performance, and remember website preferences.Ok