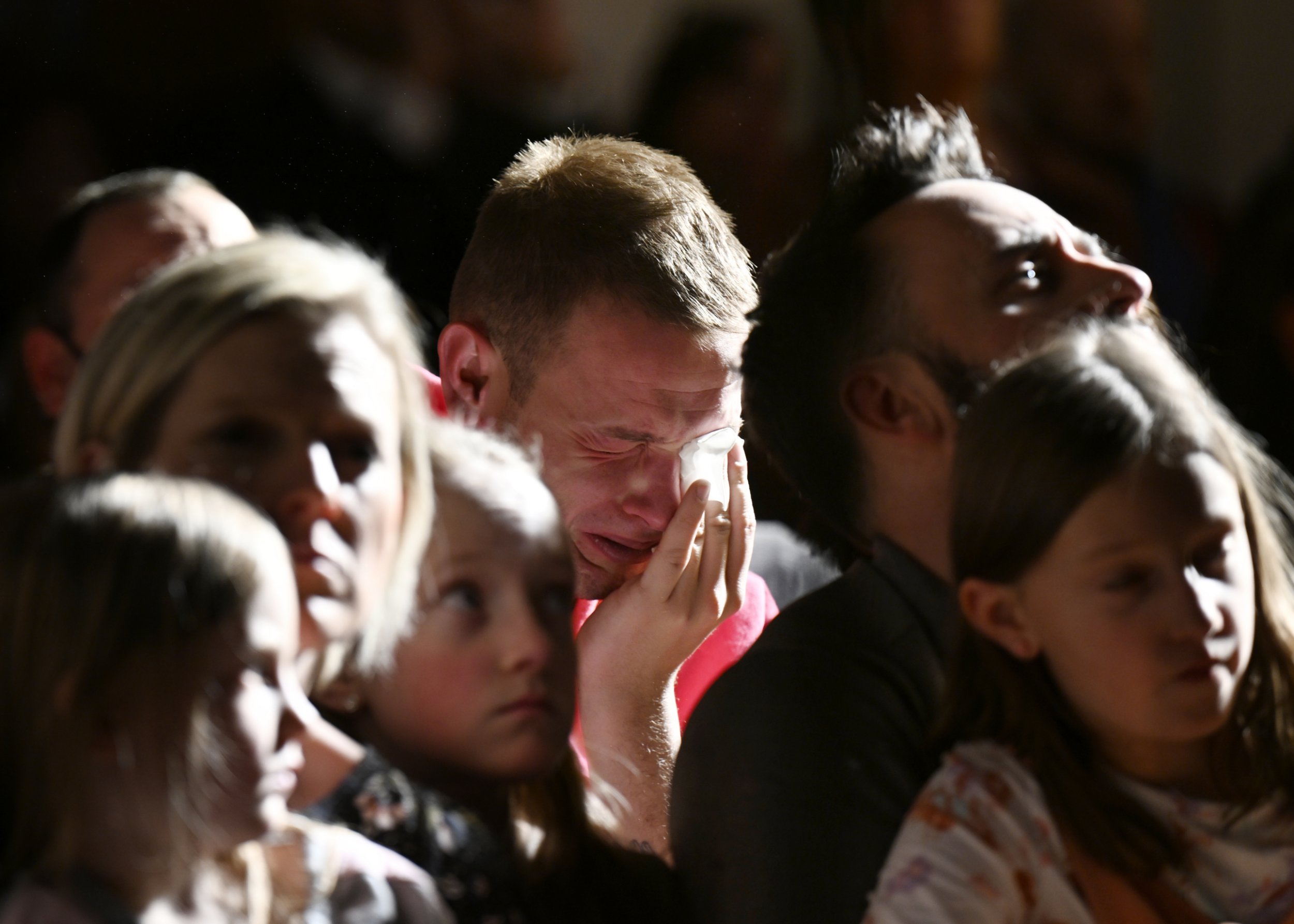 The suspect in the Colorado gay club shooting that killed at least 5 and wounded 25 is facing charges of murder and hate crimes.

Anderson Lee Aldrich was arrested after the deadly shooting at Club Q in Colorado Springs. A judge sealed his arrest warrant at the request of prosecutors.

His shooting spree was cut short when a brave bar patron was able to grab his handgun and hit him with it – but not before he killed five victims.

‘One or more patrons heroically intervened to subdue the suspect, and we praise those individuals who did so because their actions saved lives,’ Colorado Springs Mayor John Suthers stated.

A year and a half before Saturday’s deadly shooting, Aldrich was taken into custody by authorities after he livestreamed himself threatening to blow up his mother’s house with a homemade explosive device.

Aldrich was arrested and booked on charges of felony menacing and first-degree kidnapping after the incident, which caused law enforcement to evacuate other homes in a 10-mile radius around the house.

However, it is unclear if Aldrich ever faced formal charges from prosecutors. His court records related to the charges were sealed, and local authorities never seized his weapons in accordance with Colorado’s Red Flag Law.

A full list of victims of the Club Q attack has not yet been released. One victim has been identified by his parents as Daniel Aston, a 28-year-old transgender man who once worked as a bartender at Club Q

‘It’s just a nightmare that you can’t wake up from,’ his mother Sabrina Aston told the Associated Press on Sunday.

On Monday, at least 13 people remained hospitalized after the attack.

The shooting took place just one day before Transgender Day of Remembrance, which is celebrated annually on November 20. Club Q was originally planning to mark the occasion with a show celebrating ‘a variety of gender identities and performance styles’ that evening.