Christmas lockdown rules: What are the rules for meeting family at Christmas?

Boris Johnson is expected to set out a return to England three tier restrictions system tomorrow in a speech to Parliament. The Prime Minister is expected to spend today in talks with Cabinet members over his so-called Covid Winter Plan, which we see the UK return to the tier system which was put in place before we went into the second national lockdown. The plan is also expected to include rules on how we can safely celebrate Christmas this year.

It is expected Mr Johnson will announce his plans on Monday, when he is due to unveil the new three tiered system – which will see ore areas placed in the higher alert areas once the current lockdown ends on December 2.

It has been suggested his plans could included an easing of the 10pm curfew, giving diners and drinkers an hour to enjoy their meals after last orders have been called at 10pm.

The Prime Minister’s office said: ““Everyone’s efforts during the current national restrictions have helped bring the virus back under control, slowed its spread and eased pressures on the NHS.

“The Prime Minister and his scientific advisors are clear the virus is still present – and without regional restrictions it could quickly run out of control again before vaccines and mass testing have had an effect.

“That would put in jeopardy the progress the country has made, and once again risk intolerable pressure on the NHS.” 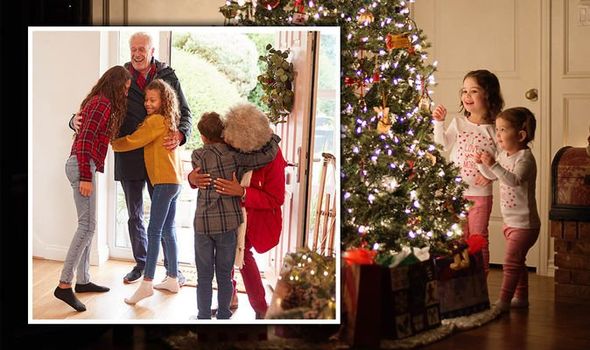 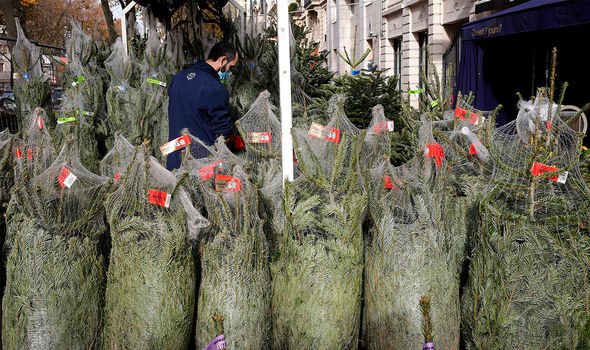 What are the rules for meeting family at Christmas?

Christmas is expected to be on the agenda when the Prime Minister gives his briefing in the House of Commons tomorrow.

Reports suggest the rules could be lifted between December 22 and 28, giving people a week to celebrate the festive period.

Families could be given a 7-day pass during which up to three households will be able to form one ‘bubble’ to celebrate together.

Under the “four nations” plan which will be rolled out across the UK, families will be allowed to attend Christmas church services – which are currently only open for private prayer.

Pubs and restaurants may be able to open for a limited period over the holiday period. 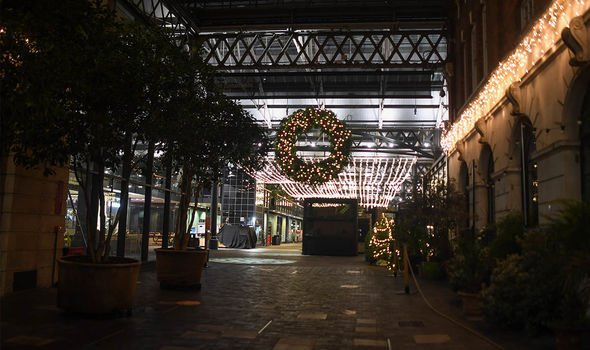 Professor Calum Semple, a member of the Government’s Scientific Advisory Group for Emergencies, told Sky’s Sophy Ridge that “hopefully” some rules could be relaxed over Christmas “for a few days”.

But he added: “There will be a price for that.”

Some scientific experts say the move to lift restrictions for seven days could lead to large increases in cover cases – and may cause thousands of deaths.

Prof Brendan Wren of the London School of Hygiene & Tropical Medicine urged people to be patient, saying: “A vaccine is just round the corner.

“We will just have to accept this is going to be a different Christmas and keep the pubs shut until we know we are safe.”

While Public Health England claimed a seven day relaxation of the rules over Christmas could mean a further 35 days of together rules will be needed in the New Year. 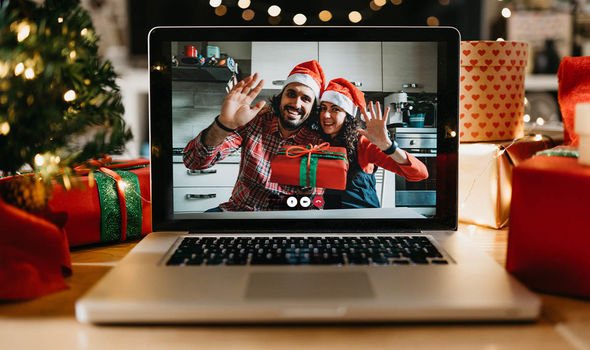 Director Dr Susan Hopkins said: “Coming into Christmas we need to be very careful about the number of contacts we have to reduce transmission before Christmas and get our cases as low as possible.

“Hopefully the Government will make the decision that will allow us to have some mixing… and once we have got past the Christmas period, if there has been some release and some socialisation, we will all have to be very responsible and reduce those contacts again.”

She also warned the public to make “every effort” to keep coronavirus cases low in December if they want to see their friends and family this Christmas.

The senior medical adviser added: “We are very keen that we have a Christmas as close to normal as possible.

“That requires all of us to make every effort over this national restriction period and even in early December to get the cases as low as possible and to reduce the risk of transmission within households and between families.

“A final decision will rest with the Government and we look forward to hearing what those plans are.” 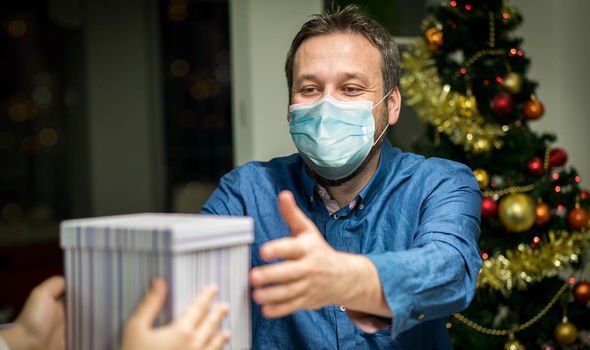 The PM, who is still self isolating in Downing Street, will virtually chair a meeting of his Cabinet to discuss the proposals.

Ministers will then announce which areas will be placed into which tiers, based on the latest data, on Thursday.

However, the plans must be voted through in the Commons – and Mr Johnson is facing a backbench rebellion.

Up to 70 Tory MPs have announced they will refuse to support any further lockdown measures unless the Prime Minister is able to prove they will ‘save more lives than they cost’.

Mr Johnson would see his working majority wiped out in an embarrassing blow if all 70 signatures vote against the new tiered system, meaning he could be forced to rely on Keir Starter and Labour’s support.

The group said: “There is no doubt that Covid is a deadly disease to many and it is vital that we control its spread effectively.

“But we must give equal regard to other lethal killers like cancer, dementia and heart disease, to people’s mental health, and all the health implications of poverty and falling GDP.

“The tiered restrictions approach in principle attempts to link virus prevalence with measures to tackle it, but it’s vital we remember always that even the tiered system of restrictions infringes deeply upon people’s lives with huge health and economic costs…

“We cannot support this approach further unless the Government demonstrates the restrictions proposed for after December 3 will have an impact on slowing the transmission of Covid, and will save more lives than they cost.”