Charlie Gard’s parents: ‘Baby Oliver has made our fight for Charlie’s Law even more important’

The case of baby Charlie Gard touched hearts around the world in 2017.

His parents, Connie Yates and Chris Gard, were locked in a high-profile legal battle with medical professionals over Charlie’s care, who was suffering from the rare genetic disorder – encephalomyopathic mitochondrial DNA depletion syndrome (MDDS).

They wanted to wanted to take Charlie to the US for experimental treatment, but Great Ormond Street Hospital and other medical professionals opposed the idea.

They said Charlie’s condition had worsened to the point where the damage to his brain and other organs was too severe for the treatment to help.

After numerous hearings, the couple lost their battle and Charlie passed away in a hospice when he was 11 months old.

Now Ms Yates and Mr Gard, who welcomed baby boy Oliver in August, are pushing to pass Charlie’s Law to give parents of seriously ill children more options when they disagree with hospitals.

Here they explain how baby Oliver has inspired their fight and why they are pushing for the bill to become law in Charlie’s name.

For a lot of people, the pandemic has been, and still is, a time of unimaginable hardship.

In these challenging times we experienced a moment of remarkable joy – welcoming our baby boy Oliver to the world in August. We have cherished every moment since.

Being a parent was something we feared we may never be able to experience again.

After losing our precious Charlie to a rare, genetic mitochondrial disease in July 2017, just a week before his first birthday, we were devastated.

Afterwards, we vowed never to allow parents to experience what we did – a prolonged and distressing court battle as doctors at the hospital providing his treatment wanted to withdraw Charlie’s life-support. 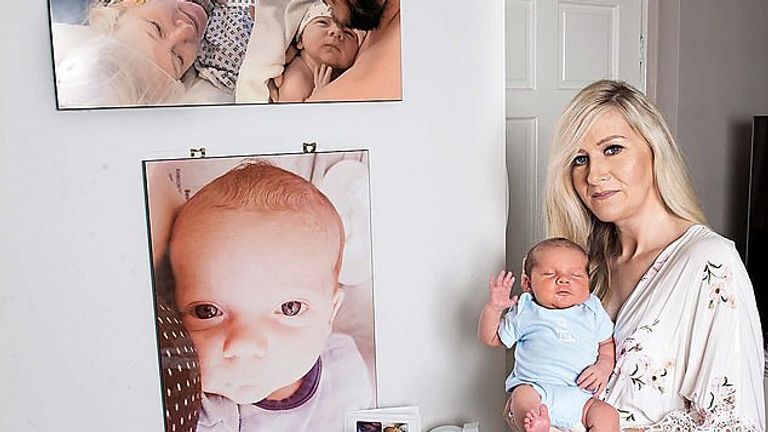 We fought desperately to be allowed to take him to the US for pioneering treatment but tragically lost our case in the Supreme Court.

Ultimately, when we disagreed with doctors and the hospital over the best course of treatment for Charlie, the communication between us broke down.

We were left isolated, without mediation nor access to an independent medical ethics committee.

The only option left was to be taken to court and lose out on what precious time we did have with Charlie.

We went on to set up the Charlie Gard Foundation, to be the leading UK charity supporting children, adults and their families that have been affected by mitochondrial disease.

We are having a virtual ball fundraising event on Saturday 28 November at 8pm to raise funds and awareness for the charity, which we would love people to join.

Losing Charlie has made us appreciate every moment with Oliver that much more; the sleepless nights, and even when he cries.

We wish every day that we shared more of these moments with Charlie.

We know Charlie is looking down on us, and now we are even more determined to make Oliver’s older brother proud.

That’s why we are pressing on, full steam ahead, to see Charlie’s Law progress through the House of Commons.

Since 2017, we have been working with MPs, Peers, NHS professionals, world-leading medical ethicists, and legal experts to create a new bill that would help doctors and parents resolve disagreements at an early stage. 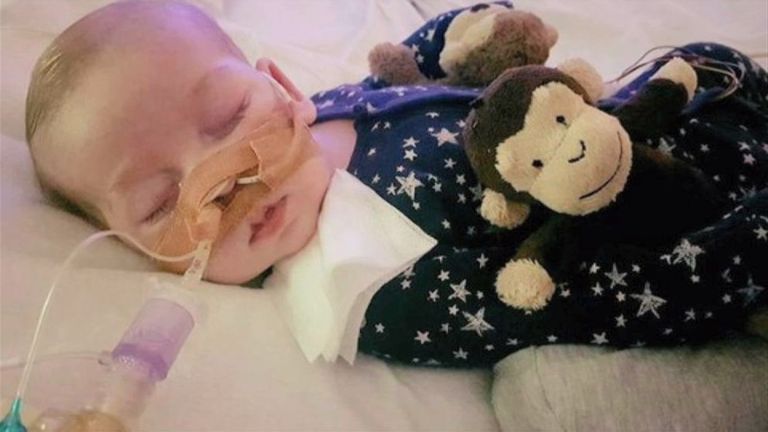 Bambos Charalambous, Labour MP for Enfield Southgate, has taken a central role in supporting us achieve this through his Private Members Bill: The Child (Access to Treatment) Bill – Charlies Law, which has its second reading scheduled for 5 February 2021.

Oliver has lit up our lives, we feel so lucky, but we know that some parents still experience the hardship we felt.

Every single day parents are being taken aside at hospitals and told there is no cure for their child. There must be more support for them and this bill aims to do just that.

It provides parents with access to mediation services and ethics committees; their child’s medical data; legal aid; and greater clarity for parents and doctors on whether an alternative treatment can be provided.

We never want to see another parent go through costly, devastating, and traumatising legal disputes with hospitals, over the treatment of a child again. These legal disputes benefit no one.

That is why we will continue to push Charlie’s Law, and put in place a process to help families, doctors and hospitals resolve any differences of opinion at an early stage.