Leading artist Andrian Melka started a clay model of the monument after the Second World War veteran died in February. He had raised £39million for health service charities by the day he turned 100 last year, with a sponsored walk around his garden. The 6ft memorial is nearly ready to be cast in bronze before it is handed over to Leeds Teaching Hospitals NHS Trust.

There are plans for it to be sited in a refurbished garden at the city’s Chapel Allerton Hospital, to inspire people in rehab and those recovering from strokes.

Andrian put the seat on Capt Sir Tom’s walking frame facing forwards so patients and staff can use it to rest. The sculptor, whose art adorns royal residences at Sandringham and Highgrove, hopes that crowdfunding will cover the costs of the casting.

Andrian, of Bolton Percy, North Yorks said: “Creating something this big out of clay was a huge challenge for me as I’m more used to sculpting statues in stone.

“I was really inspired by Capt Tom, not only for raising so much money for the NHS but also in encouraging others to put one foot in front of the other and remain optimistic during challenging times.”

He added: “Creating this statue, and raising enough money to cast it in bronze, was my personal challenge to honour a remarkable man.” 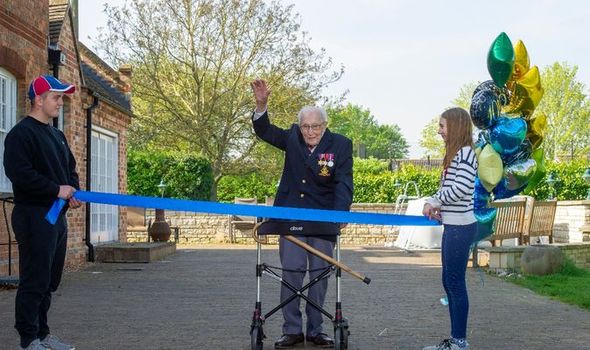 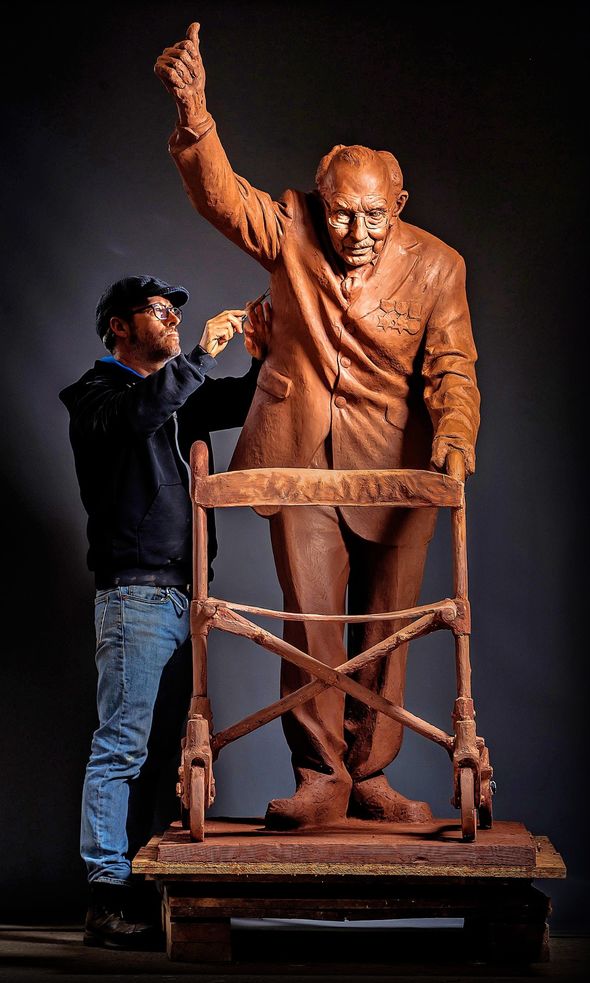 The work depicts Yorkshire-born Capt Sir Tom in thumbs-up pose, finishing the initial target of 100 laps of his Bedfordshire garden.

The Daily Express reader’s trek over 24 days made headlines globally. He was later knighted, given a BBC Sports Personality of the Year Award and became the oldest person to hit Number One with a cover of You’ll Never Walk Alone, partnered by Michael Ball.

The keen motorcycle racer had served in India and the Burma campaign during the war, before becoming an instructor in armoured warfare. In peacetime, he ran a concrete company. He died in Bedford Hospital after treatment for pneumonia.

Details of how to fund the bronze casting of Capt Sir Tom’s sculpture can be found at crowdfunder.co.uk/creating-a-bronze-statue-of-captain-sir-tom-moore