Former royal butler Grant Harrold said the monarch, 96, is “old school” but is “aware that the monarchy has to modernise”. Mr Harrold made the comments after the Duke of Cambridge, 40, hugged the Lionesses after England’s historic Euros win.

The former royal butler said William and other younger royals know they “can’t get away with being aloof”.

Mr Harrold told OK! magazine of the Queen: “She knows things have to change and even though it’s not her cup of tea – because she’s of a generation where you don’t do things like hugging strangers – she’s aware that we live in a touchy-feely world and it’s part of what royals do.

“There’ll be things that she disagrees with but she’ll allow it because she’s aware that it’s something people do.

“The reality is, it gets them good PR and puts them in a good place where they can show emotion and be seen as being approachable. 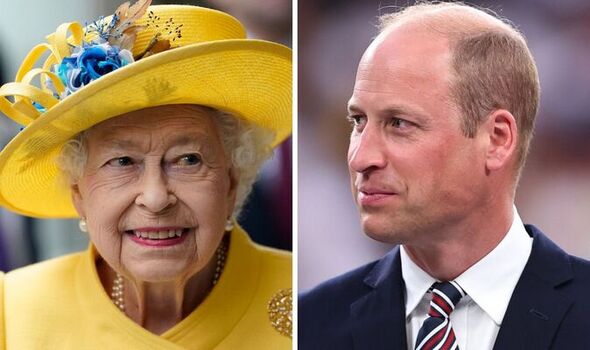 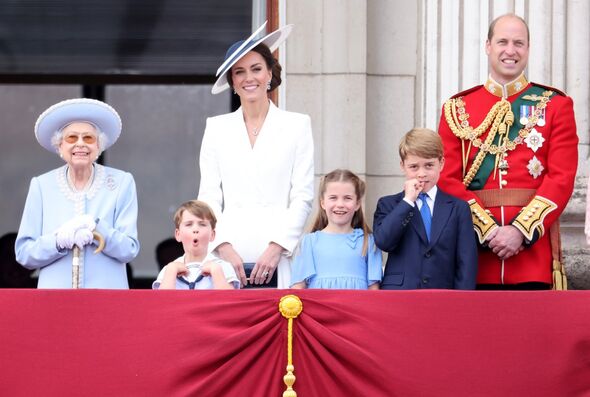 “In herself she has to allow it for the future of the monarchy.

“I think William and the other younger royals have realised that they can’t get away with being aloof.

“The Queen can get away with it because she’s the Queen and she’s from a different era, but the younger royals have been brought up very differently.” 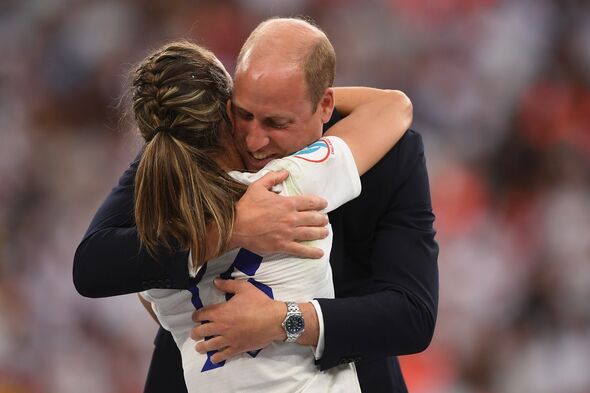 The Lionesses beat Germany 2-1 after extra time, securing the first major tournament title for any England team since 1966.

Following their win, William hugged the Lionesses as he congratulated them.

“An incredible win lionesses and the whole nation couldn’t be prouder of you all. 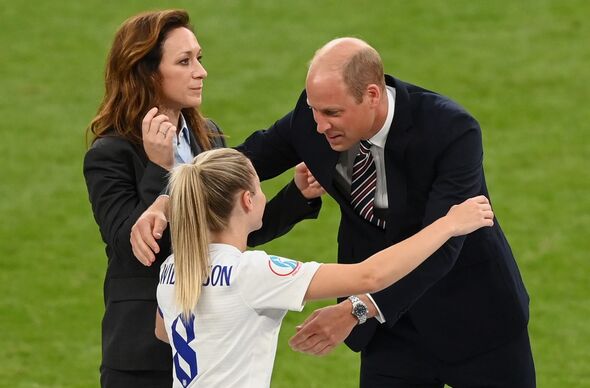 “Wonderful to see history in the making tonight at Wembley, congratulations! W.”

And the Queen shared a message to the team saying their “success goes far beyond the trophy”.

She said in a statement: “My warmest congratulations, and those of my family, go to you all on winning the European Women’s Football Championships.

“It is a significant achievement for the entire team, including your support staff.

“The Championships and your performance in them have rightly won praise.

“However, your success goes far beyond the trophy you have so deservedly earned.

“You have all set an example that will be an inspiration for girls and women today, and for future generations.

“It is my hope that you will be as proud of the impact you have had on your sport as you are of the result today.”