Camilla does 'fantastic work' on her projects says Koenig

Camilla, Duchess of Cornwall, 73, stepped out for a colourful royal engagement on what would have been Prince Philip’s centenary on Thursday. The Duchess paid tribute to the late Duke of Edinburgh and her father during her visit to London’s Garden Museum.

Camilla made the visit to mark the start of British Flowers week on Monday and was gifted a bouquet to honour the late Duke of Edinburgh.

Clarence House shared a series of pictures from Camilla’s latest engagement on Twitter and they got an enthusiastic reaction from fans.

The first tweet read: The Duchess of Cornwall is visiting the @GardenMuseumLDN today open the annual #BritishFlowersWeek exhibition, which was founded by @MarketFlowers in 2013 to celebrate the immense variety of British cut flowers, plants and foliage. 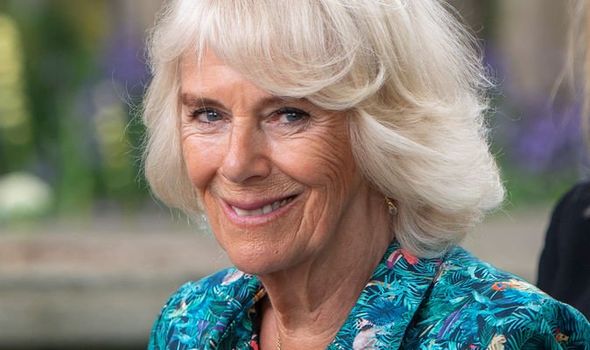 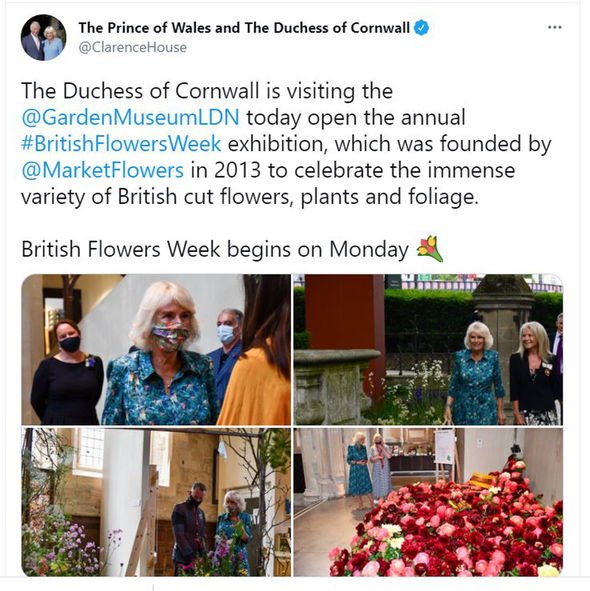 A second tweet added: “The Duchess meets volunteers from @FloralAngels, a charity that recycles donated flowers from events and arranges them for use in hospices, shelters and care homes throughout London. HRH is the charity’s Patron.”

The tweet read: “I’m very honoured to be here, to be doing something I know they both would have appreciated. – The Duchess on The Duke of Edinburgh, and her father, Major Bruce Shand, who passed away 15 years ago tomorrow.” 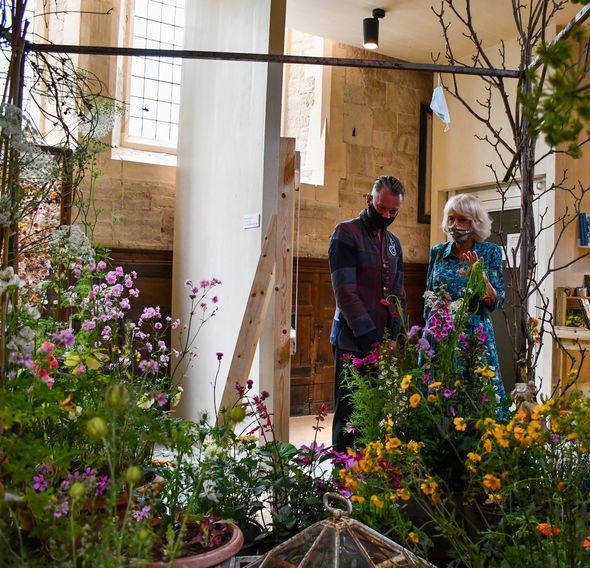 A third tweet added: “The Duchess of Cornwall is given a bouquet containing rosemary – a sign of remembrance on what would have been the 100th birthday of The Duke of Edinburgh.”

Royal fans were quick to praise Camilla for the poignant outing with many leaving compliments on Twitter.

One fan gushed: “Beautiful, natural and an asset to the Royal Family. Enjoy your day.”

Harry and Meghan in ‘open disagreement’ with Palace – expert claims [EXCLUSIVE]
Harry and Meghan baby girl exempt from royal rule to affect Archie [INSIGHT]
Royal baby news 2021: When will Queen get to meet them? [PICTURES]

Another chimed: “How lovely! Such beautiful flowers!

“And our Duchess is the most beautiful one of them all.”

A third put: “So lovely” and another: “Very special”, while dozens of others commented with red heart emojis.

Camilla will be Prince Charles’s consort when he becomes king but a question mark hangs over which title she will take. 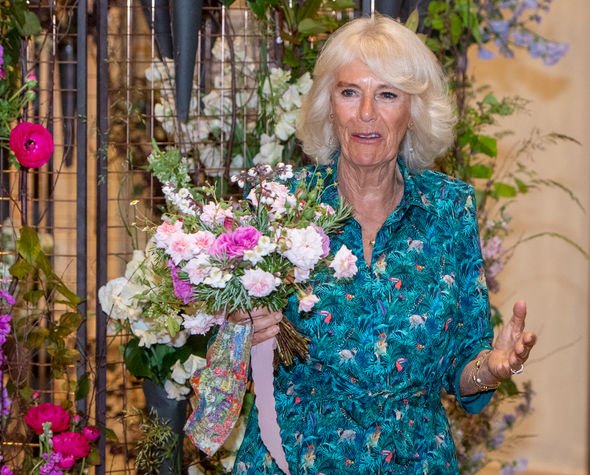 While the wife of presiding British sovereigns are traditionally known as Queen Consort, Camilla could go by Princess Consort instead.

Clarence House confirmed the title at the time of Camilla’s wedding to Charles in 2005.

The move was meant to reflect the British public’s lasting sympathy for Charles’s first wife Princess Diana who would have been Queen Consort had she and Charles not divorced following his affair with Camilla.

Diana’s tragic death in a car crash in 1997 meant that public opinion was stacked against Charles and Camilla for years to follow.