Burglar compared to Les Dawson for gurning mugshot after being caught 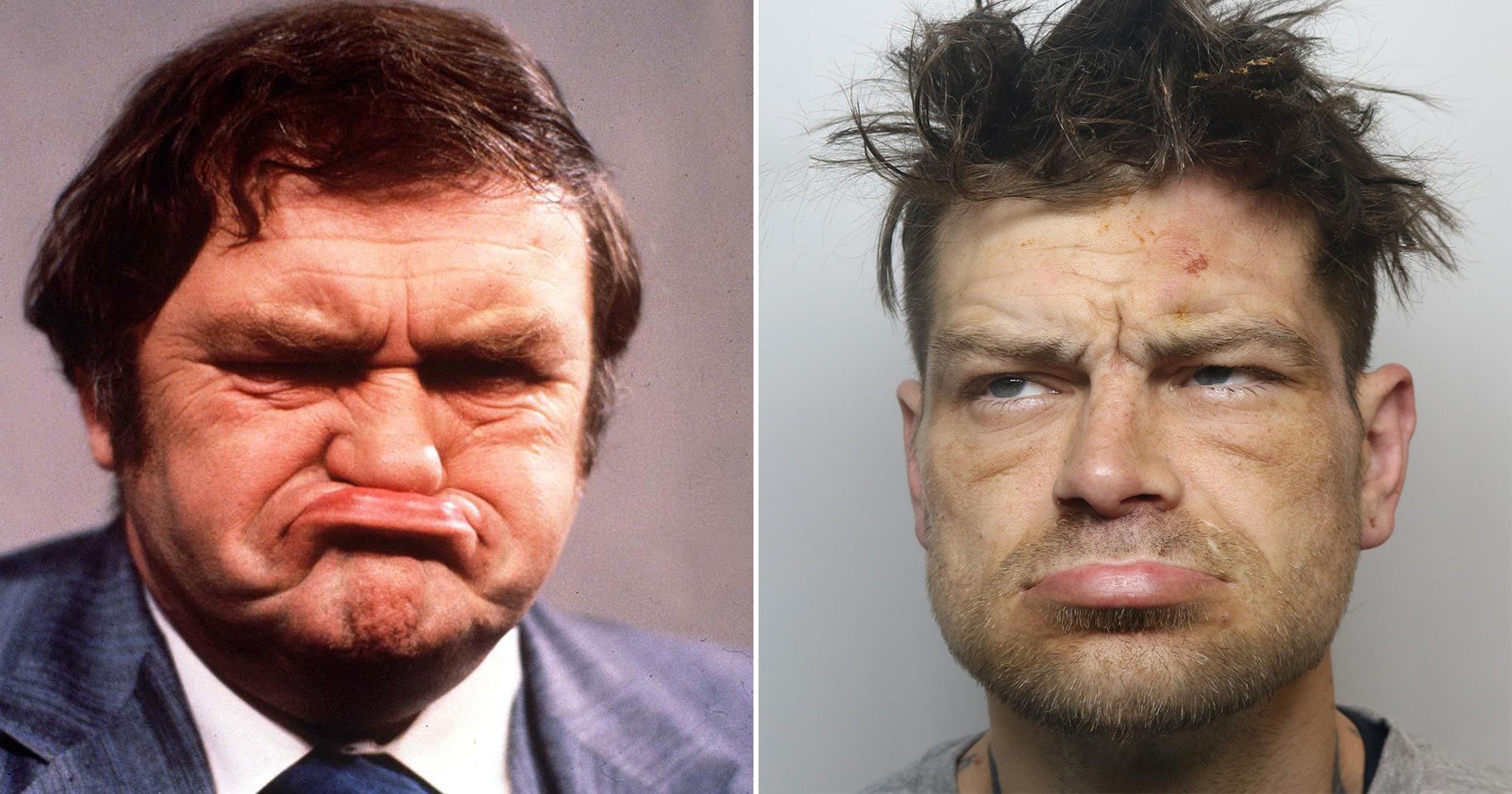 A burglar earned himself comparisons to a legend of British comedy when he pulled his best gurn for a police mugshot.

David Wright, 37, was jailed for smashing his way into a home and stealing items including £1,000 of video games and two laptops while the family was on holiday.

But he didn’t seem keen on playing ball with officers as he screwed up his face and looked away from the camera for his custody photo.

The result was a hilarious photo of a disgruntled-looking and dishevelled Wright.

His bizarre expression was compared to rubbery-faced comedian Les Dawson of gurning and witty one-liner fame.

One person suggested: ‘Could have stolen a comb.’

Another said: ‘That’s the face I pulled when I saw the simultaneous equation question on my Maths GCSE paper.’

Other users compared the thief to characters Sideshow Bob and groundskeeper Willie from The Simpsons.

A court heard Wright stole £3,000 worth of goods from a three-bedroom house in Bradford, which he targeted with an accomplice at around 7am on August 12, 2019.

Locks were smashed and doors and windows were damaged in the break-in, leaving the householder with a £300 repair bill, Bradford Crown Court was told.

Wright was recognised by a neighbour and he left a screwdriver at the scene with his DNA on it.

He was arrested and later admitted burglary as well as possession of a wrap of cocaine, damaging a police cell and breaching a restraining order.

Wright had 21 previous convictions for 48 crimes, including matters of violence, shop thefts, motoring offences and harassment. He has served a jail sentence for dangerous driving since the burglary.

The defendant read out a letter to Judge Neil Davey QC in which he begged for a chance.

He said he been addicted to drugs for nine years but was free from them after being remanded in Leeds Prison.

Wright said he had already taken great steps towards a crime-free life, adding: ‘I need to stress how serious I am about changing my criminal ways.’

Judge Davey said he was impressed by Wright’s letter but an immediate prison sentence was the only option.

He was jailed for two years for the burglary, with four months to run consecutively for breaching the restraining order.