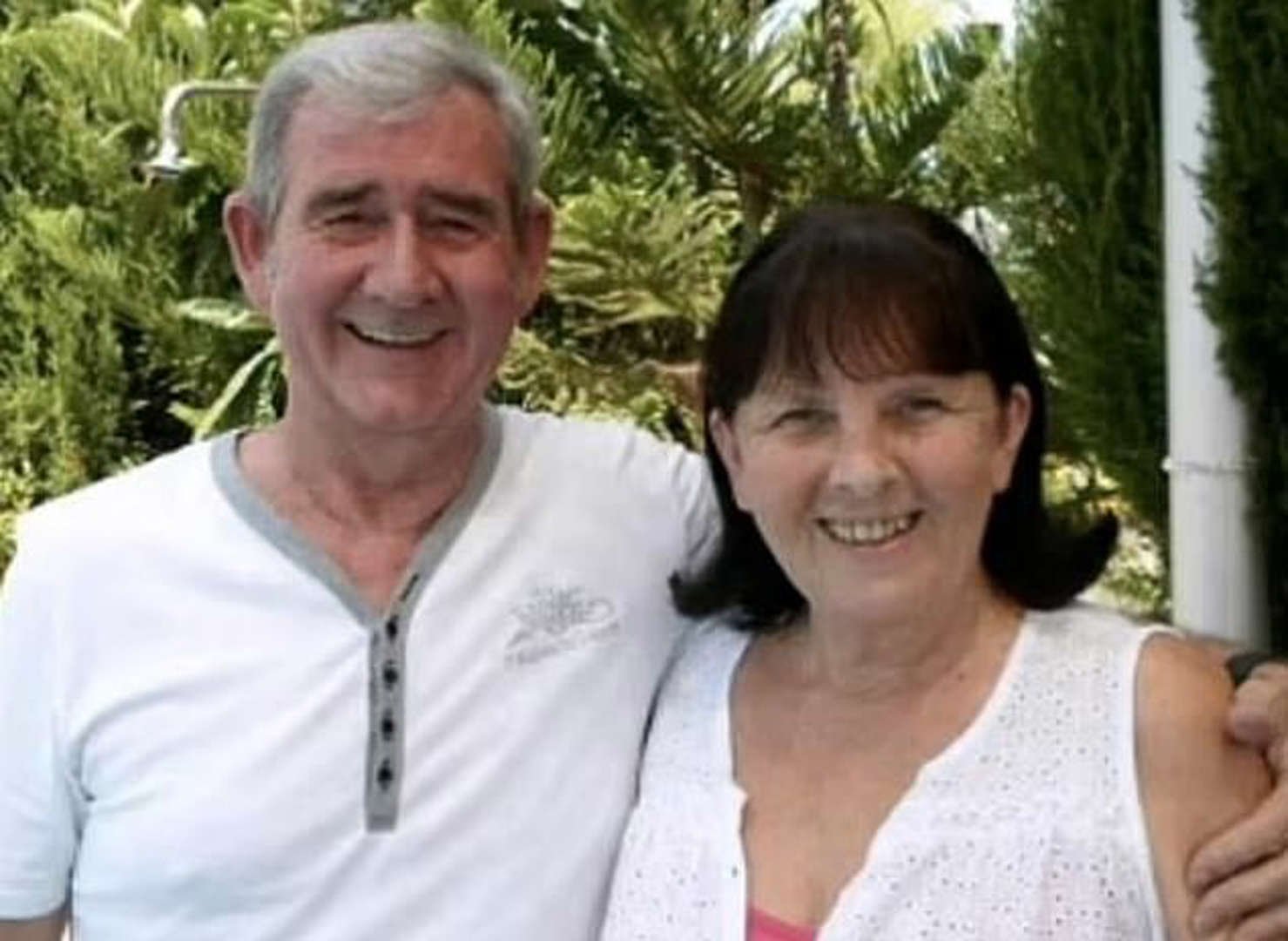 A British man arrested over the death of his terminally ill wife in Cyprus is no longer facing a murder trial.

David Hunter, 75, originally from Northumberland, had been taken into custody in April accused of killing his wife Janice, 74, at their flat in Paphos in December.

The pair had been happily married for 56 years but Mrs Hunter had been diagnosed with incurable blood cancer and wanted to die, lawyers previously said.

However, a charge of ‘assisting suicide’ was rejected by the courts and Mr Hunter faced a murder trial.

Now, a deal has been reached with Cypriot prosecutors, according a group working with the former miner’s lawyers.

Justice Abroad, which works to help people navigate foreign justice systems, said Paphos Assize Court had been informed that there had been agreement regarding the facts of the case.

Mr Hunter will be entering a plea to manslaughter on December 5.

They said they are now hopeful the legal moves will lead to Mr Hunter being released from prison and able to return home after the next hearing.

Michael Polak, director of Justice Abroad, said: ‘We are very pleased that the murder charge is no longer on the table as our objective all along has been to get David out of prison and back home as soon as possible.

‘At the next hearing David’s strong mitigation, such as his good character and long and loving relationship with his wife, will be put before the court.

‘We hope, given the particular facts of this case, and case law in similar cases from around the world, that the eventual sentence is one that the court could consider suspending.

‘We thank everyone from the United Kingdom, Cyprus, and around the world for their support of David and his family at this difficult time.’

Justice Abroad said that Mrs Hunter had been suffering from terminal blood cancer.

The couple’s daughter Lesley Cawthorne previously said her father had been ‘haunted’ by memories of her mother ‘screaming in pain’.

In June, she told Sky News: ‘My dad has told me what happened and I have no reason to disbelieve him or to think anything other than he’s telling me the truth.

‘My mum made her wishes clear and my dad helped her.’

Lesley said her mum was in ‘severe pain’ due to a number of health issues including cancer, rheumatoid arthritis and cataracts.

Her parents, who were teenage sweethearts, had moved to Cyprus 20 years ago after their retirement.

However, Mrs Hunter’s quality of life became ‘virtually non-existent’ in her final weeks due to her health issues.

Lesley said her mum, a former corner shop worker, ‘couldn’t make it upstairs to bed each night’ and that her parents would often ‘sleep side by side in their armchairs’.

‘She had chronic diarrhoea and my dad would make her nappies out of towels.’ Lesley said.

‘Because of the pain she was in, she couldn’t really sleep very well.’

Mr Hunter’s family is now trying to raise money to assist with the legal costs of bringing him back to the UK.