Zaghari-Ratcliffe was sentenced to five years in jail in 2016, convicted of plotting to overthrow Iran’s establishment. 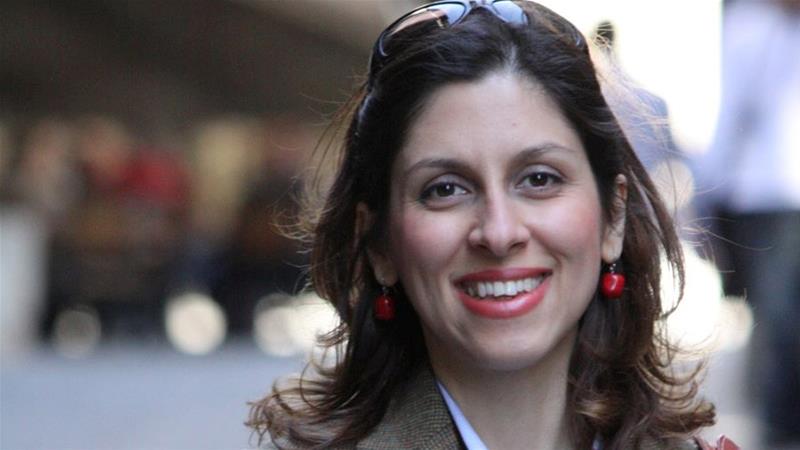 British-Iranian aid worker Nazanin Zaghari-Ratcliffe has been summoned by an Iranian Revolutionary Court and informed about a new charge, state television reported.

“Branch 15 of the Islamic Revolutionary Court summoned Nazanin Zaghari and her designated lawyer this morning and informed her of a new indictment,” state television reported Tuesday, citing an unnamed official.

Zaghari-Ratcliffe, a project manager with the Thomson Reuters Foundation, was arrested in April 2016 at a Tehran airport as she headed back to the United Kingdom with her daughter after a family visit.

Her case has stirred tensions between Iran and the UK, where on Tuesday her local London member of Parliament, Tulip Siddiq, tweeted confirmation that Zaghari-Ratcliffe had been taken to court and would face another trial on Sunday.

“I know many people are concerned about her welfare and I’ll keep everyone updated when we have more information,” Siddiq wrote.

She was sentenced to five years in jail after being convicted of plotting to overthrow Iran’s clerical establishment.

Her family and the foundation, a charity that operates independently from media firm Thomson Reuters and its news subsidiary Reuters, deny the charge.

Zaghari-Ratcliffe was temporarily released from jail in March amid concerns over the spread of the new coronavirus in Iran’s prisons but is barred from leaving the country.

The new indictment comes as the UK and Iran negotiate the release of some 400 million pounds ($530m) held by London, a payment the late Iranian Shah Mohammad Reza Pahlavi made for Chieftain tanks that were never delivered.

The shah abandoned the throne in 1979 and the Islamic Revolution soon installed the clerically overseen system that endures today. Authorities in London and Tehran deny that Zaghari-Ratcliffe is linked in any way to the repayment deal.