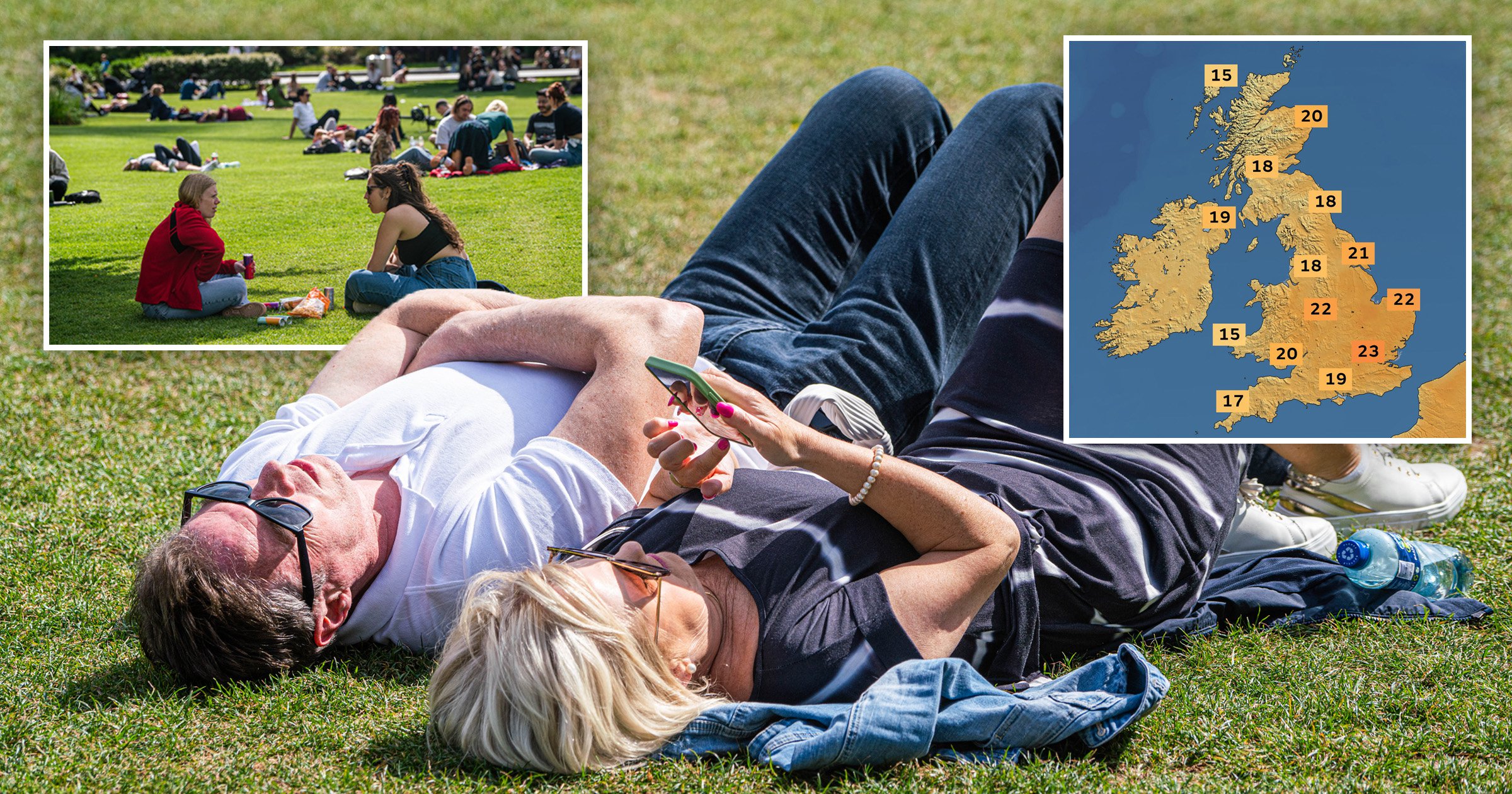 Britain is set to sizzle today with temperatures reaching up to 24°C on what could be the warmest day of the year so far.

Most of the country will bask in sunshine today, with glorious weather expected from the north of Scotland to the south of England.

However, those planning to wipe the dust off their barbecues should make haste – as the sun-kissed Saturday could be followed by heavy rain and thunder, according to the Met Office.

Meteorologist Aidan McGivern said Saturday could be ’16-19°C widely – with 24°C the possible high in the South East and that would make it the warmest day of the year so far’.

There will be widespread sunshine across the UK, with just some patchy cloud in the North and West.

The warm air is also likely to spark a few heavy showers.

Mr McGivern said: ‘By Saturday evening, those showers would be making an appearance into the South West, spreading quite widely into southern parts of England and south Wales.

‘In some places, it would just be a spell of rain but for central and southern England and the south coast there is the risk of some heavy downpours, thunderstorms and frequent lightning.’

Warm air from North Africa is set to bring above-average temperatures for May to most places in the UK over the next week, but it will be broken up with potentially heavy or thundery showers.

The Met Office said that parts of the South East could potentially reach top temperatures for the week of 25°C-27°C.

Met Office spokesman Richard Miles said ‘at the moment Tuesday looks like being the warmest day of the week’.

Throughout the week, some people will enjoy warm sunny spells but heavy showers are set to move across the whole of the country, particularly in the North and West.

These might be thundery at times in parts of the south, central England and south-west Scotland.

Met Office chief meteorologist Andy Page said: ‘The plume of warm air we have been expecting from the south will bring higher temperatures across the whole country over the next week.

‘However, it looks like the effects from the Atlantic lows will prevent sustained high pressure building from the east.

‘This means that while we might see some warm – and in places very warm – days, overall the next week will feel more like what we would expect of a warm spell in May, with some heavy showers around, rather than hot summery weather.’