Prime Minister Boris Johnson and Mr Biden will set out their joint vision to bolster the post-Brexit special relationship ahead of the G7 summit in Cornwall. In their first face-to-face visit since Mr Biden took office, the leaders are poised to agree on a new Atlantic Charter – a reference to the declaration of post-war cooperation between the US and UK. In a statement ahead of the talks, the Prime Minister said: “While Churchill and Roosevelt faced the question of how to help the world recover following a devastating war, today we have to reckon with a very different but no less intimidating challenge – how to build back better from the coronavirus pandemic.”

But tomorrow could mark the start of a vastly contrasting atmosphere, as EU leaders join the summit and could attempt to trump the arrangement with their own “agenda”.

Portugal’s secretary of state for European affairs, Ana Paula Zacarias, said the “mission” of the EU is to “support an agenda for global action”.

Addressing the different points where the “agenda for global action” should focus, Ms Zacarias made reference to the pandemic, which needs “global cooperation to be overcome”, indicating that, in multilateral terms, “more needs to be done”. 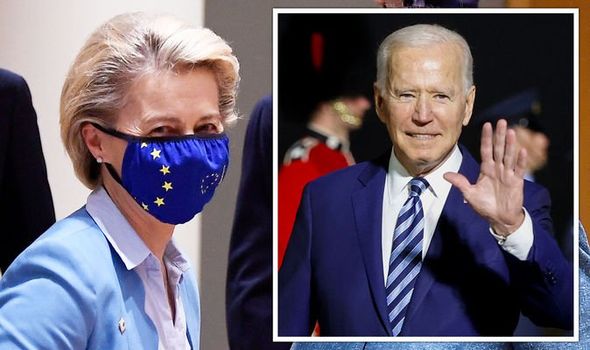 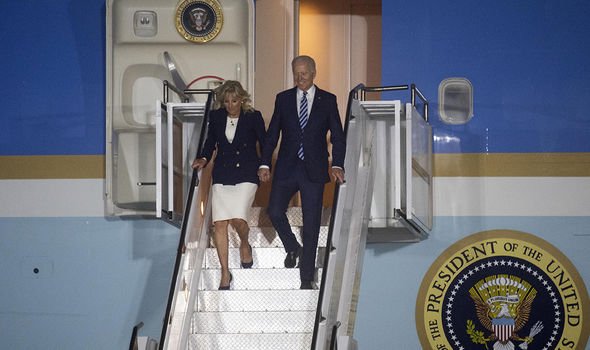 She stated: “The president [of the European Commission] Von der Leyen has clearly explained what we are doing in terms of exports and supporting vaccine production, but more needs to be done, a stronger multilateral response is needed.”

This is believed to mean striking a deal between Brussels and Washington to reduce export restrictions on COVID-19 vaccines and drugs.

Reuters reported that a draft text made no mention of mandatory waivers on vaccine patents, which Mr Biden has endorsed as a temporary solution to the global shortage of COVID-19 jabs.

The EU has repeatedly opposed the idea, which is backed by dozens of poorer nations.

More important to the EU’s “agenda for global action” is said to be post-Brexit arrangements in Northern Ireland, an issue they are aware Mr Biden is sensitive to – and they are hoping this could break the deadlock. 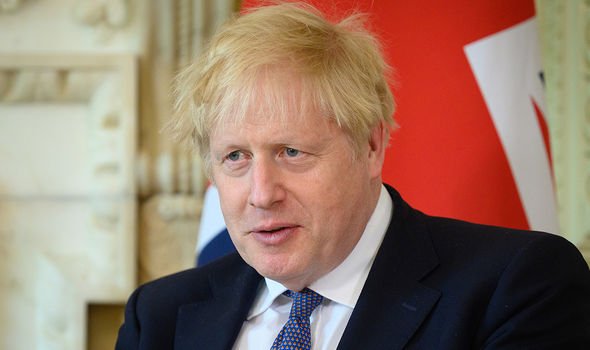 It comes amid growing frustration in Brussels with several leaders accusing Mr Johnson of “taking them for fools,” despite Number 10 insisting numerous plans have been submitted.

An EU diplomat told the Financial Times: “Biden could be instrumental in helping to put the process back on track.

“There’s no mystery around the fact that Biden wants this solved.”

He added: “But whatever way they find to proceed must, at its core, fundamentally protect the gains of the Good Friday Agreement and not imperil that.

“And that is the message President Biden will send when he is in Cornwall.” 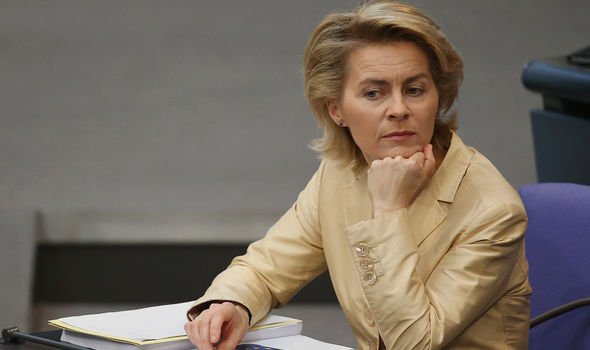 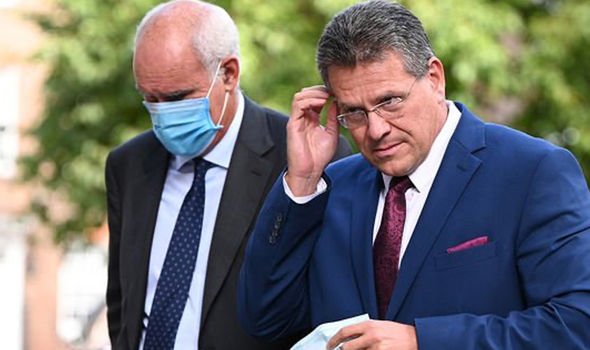 European Commission Vice President Maros Sefcovic, and the UK’s Brexit negotiator, Lord David Frost met yesterday to discuss the issue, with “no breakthroughs and no breakdowns”.

Asked about the row as he arrived in Cornwall for the G7 summit, Mr Johnson said: “I think that what we want is something that enables us to protect trade flows, east/west, as well as north/south, and that’s easily doable.

“The reason to do that is because it is the way to preserve the essential balance of the Good Friday Agreement, which has to look at things both north-south in the island of Ireland, but also east-west.

But Joao Vale de Almeida, the EU’s ambassador to the UK, hinted that Mr Johnson could be ganged up on at the summit.

He added: “The G7 will bring together a number of European leaders.

“There are nine leaders around the table and five of them come from the EU, with Boris hosting. It is a rare moment of intimacy.”