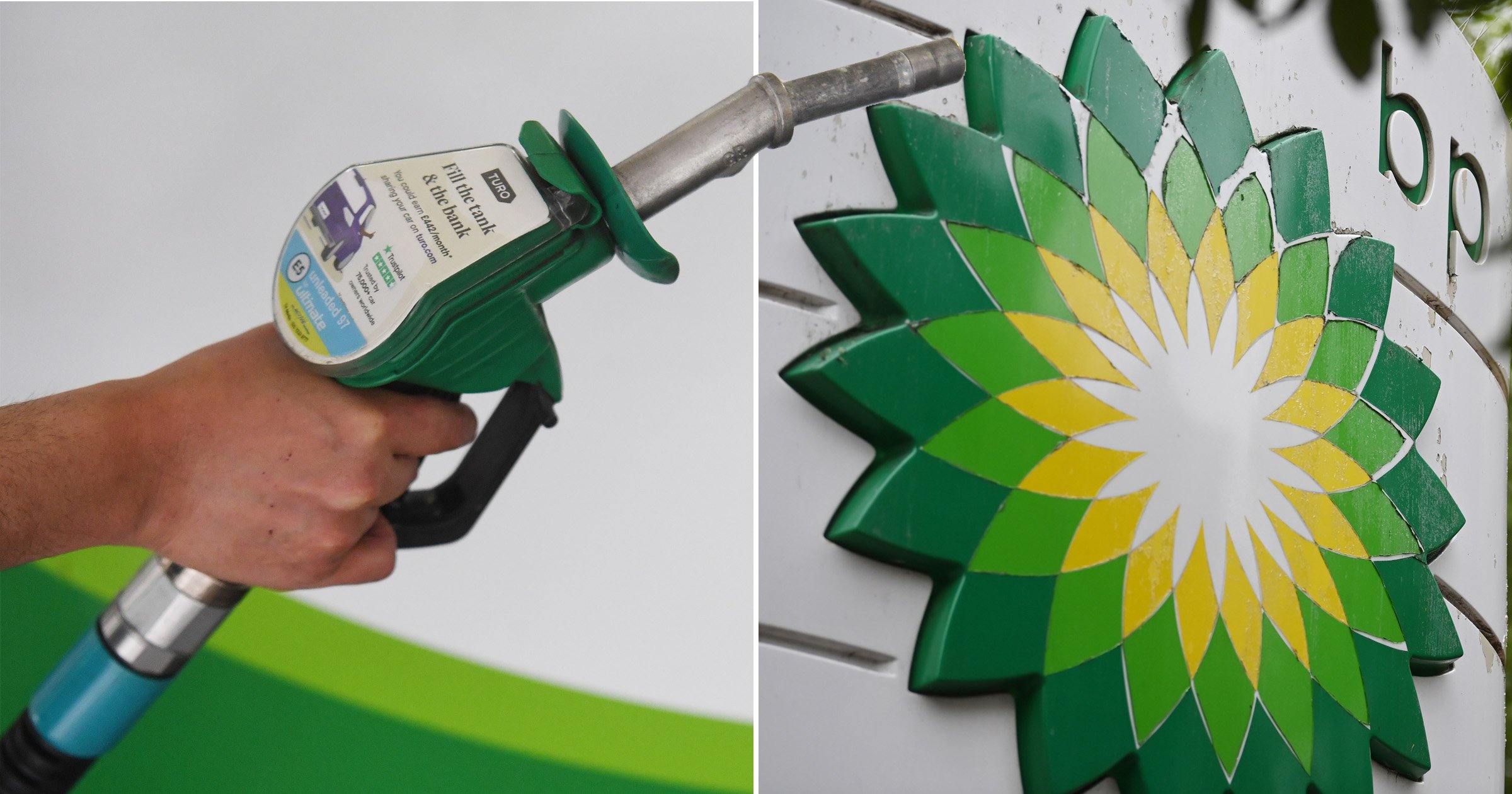 BP has revealed record underlying profits – as the living cost crisis continues across the UK.

The energy giant did however also face a quarterly loss, after abandoning a near-20% stake in oil producer Rosneft, which the company co-owned with Russia.

But soaring oil prices still meant the company fared well over all.

Its underlying replacement cost profits more than doubled to £5 billion from £2.1 billion a year ago thanks to the increasing cost of crude.

The latest figures have prompted further calls for more to be done, by both the government and oil companies, to offset spiralling energy costs for struggling families.

This morning, Susanna Reid told prime minister Boris Johnson she’d had a call from 77-year-old pensioner Elsie, whose energy bills have risen from £17 a month to £85 a month.

Susanna said: ‘To cut down on spending, Elsie has resorted to eating one meal a day. She’s losing weight, she’s 77.’

Some have called on the government to impose a windfall tax on firms such as BP.

Such a move, already enacted in Spain and Italy, would target companies who benefit from something they were not directly responsible for.

‘In these circumstances, it is only fair and right for oil and gas producers to contribute to helping the millions of families facing soaring inflation and a cost of living crisis.’

But, on GMB today, Mr Johnson said: ‘If you put a windfall tax on the energy companies what that means is that you discourage them from making the investments that we want to see that in the end will keep energy prices lower for everybody.’

BP says it will invest up to £18 billion into the UK energy system by 2030 amid mounting pressure to help with the cost-of-living crisis.

It also plans to invest in North Sea oil and gas while also exploring a range of lower carbon energy projects in the UK, to boost jobs.

Chief executive Bernard Looney said: ‘In a quarter dominated by the tragic events in Ukraine and volatility in energy markets, BP’s focus has been on supplying the reliable energy our customers need.

‘Our decision in February to exit our shareholding in Rosneft resulted in the material non-cash charges and headline loss we reported today.

‘But it has not changed our strategy, our financial frame or our expectations for shareholder distributions.’

He also told the Financial Times he understood many households were ‘really, really struggling’.

Another big energy company, Shell, will report its latest results on May 5.