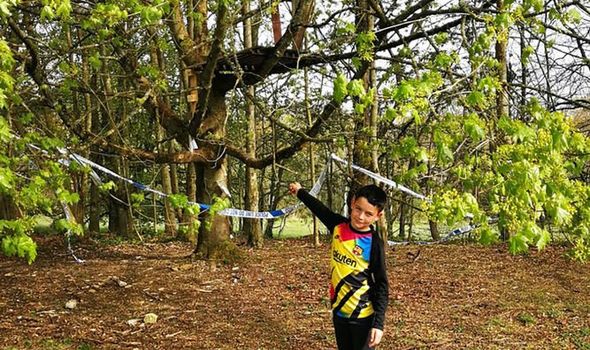 Nat and five friends built the house over a week in a woodland and have since enjoyed being outdoors. However, military police turned up at Nat’s family’s door on Monday to inform her the youngsters could no longer use the structure.

They explained to Kerry the treehouse represents a danger because of its close proximity to a Ministry of Defence (MoD) base, at the other end of the woodland in Bath, Somerset.

Kerry said: “The kids absolutely loved it. Being outdoors is just the best thing for them right now.

“The tree house is on a military patch that is open to the public.

“I thought I was dreaming when two police cars turned up at my door and told me they were going to cordon it off.

“They told me there had been a complaint on health and safety grounds so it had to be closed.

“There is a sign that says do not enter on it and it looks like a murder scene.” 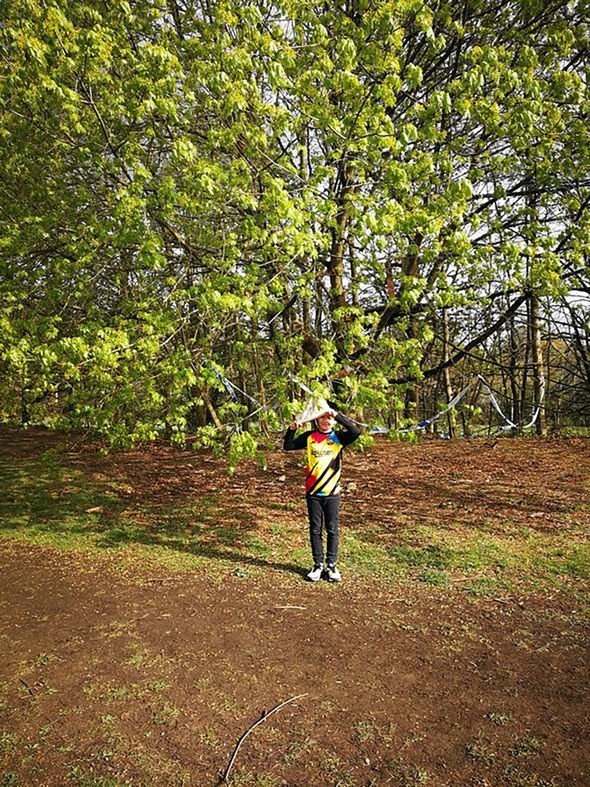 The family, who have not been told to dismantle the construction, “don’t understand” why anyone would have a problem with the treehouse.

“I was actually waiting for Ant and Dec to jump out from behind my garage thinking this was one big joke when the police cars turned up outside my house,” Kerry added.

“It is a really good thing to have kids getting fresh air and having fun after such a year.

“I don’t understand why this woman had a problem with it – just let the kids play.”

The structure took Nat and his mates five days to build. Police tape remains across the treehouse.

“It was quite fun, we were playing in it and then these ladies came up saying things and I was confused.”

A Ministry of Defence spokesman said: “Following a report to the MoD Police from a member of the public, we restricted access to a structure built in a tree on defence land to ensure the safety of children in the area.”

A children’s play area, provided by the MoD, is open for general use in the local area where the tree house was built.