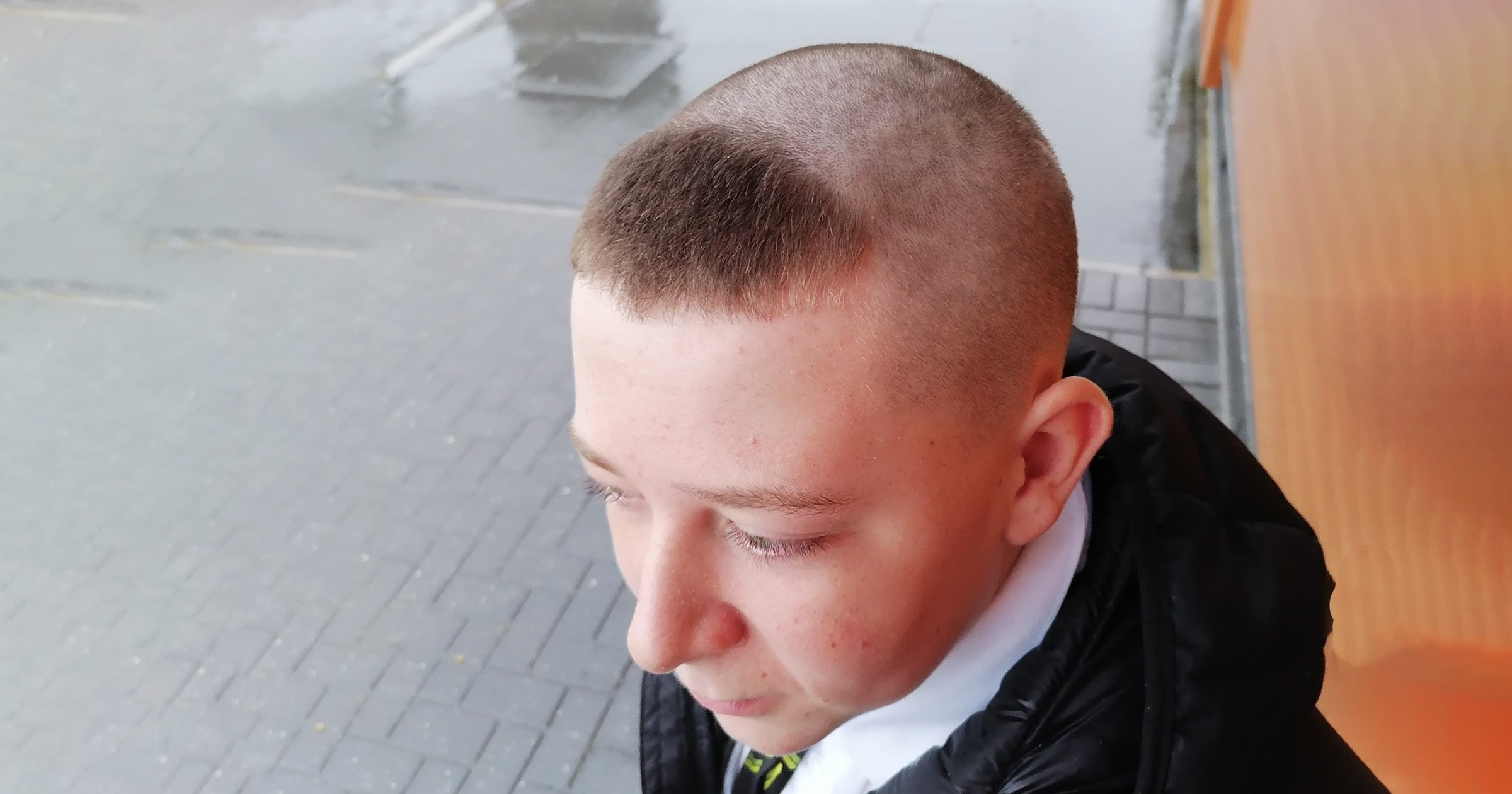 A boy’s World Cup haircut tribute to his favourite footballer has ‘got him kicked out of school’.

Alfie Ransom, 12, asked his mum to shave his head but leave a tuft of fringe in place à la Ronaldo.

The distinctive haircut was sported by the Brazilian legend during the 2002 World Cup final and has become one of the defining images from his remarkable career.

Alfie from Hull begged mum Emma Shaw to let him have the same do to coincide with this year’s World Cup.

After England’s win on Monday she relented – but the makeover apparently did not impress staff at Sirius West Academy.

Emma, 32, claims she was called by school staff on Wednesday to say her son was being sent home for breaching school rules.

She said: ‘Nowadays, schools are all about accepting people for who they are and encouraging people to be unique and themselves. How is this any different?

‘Ronaldo is one of my son’s favourite players and it’s the World Cup.

‘Even since I was a kid, there were always trends according to what pop stars and celebrities were doing- we would go crazy for the stars.

‘Alfie’s friends loved the haircut and it made Alfie really happy and confident.

‘He likes school and wanted to go as normal but he won’t be allowed to go back until he’s shaved it all off, which is ridiculous because it won’t affect his learning one bit.’

She said she was in two minds over whether to comply with the order.

Ronaldo revealed why he got the unusual trim last year, even apologising for the problems it has caused parents with children who want to emulate it down the years.

He decided to get it done after the semi-final to distract from questions over his fitness after he picked up a knock ahead of the final.

The striker told Sports Illustrated: ‘It was horrible. I apologise to all the mothers who saw their children get the same haircut.’

There should be no extreme hairstyles such as a Mohican, shaved ‘tram’ lines or unnatural hair colour.’