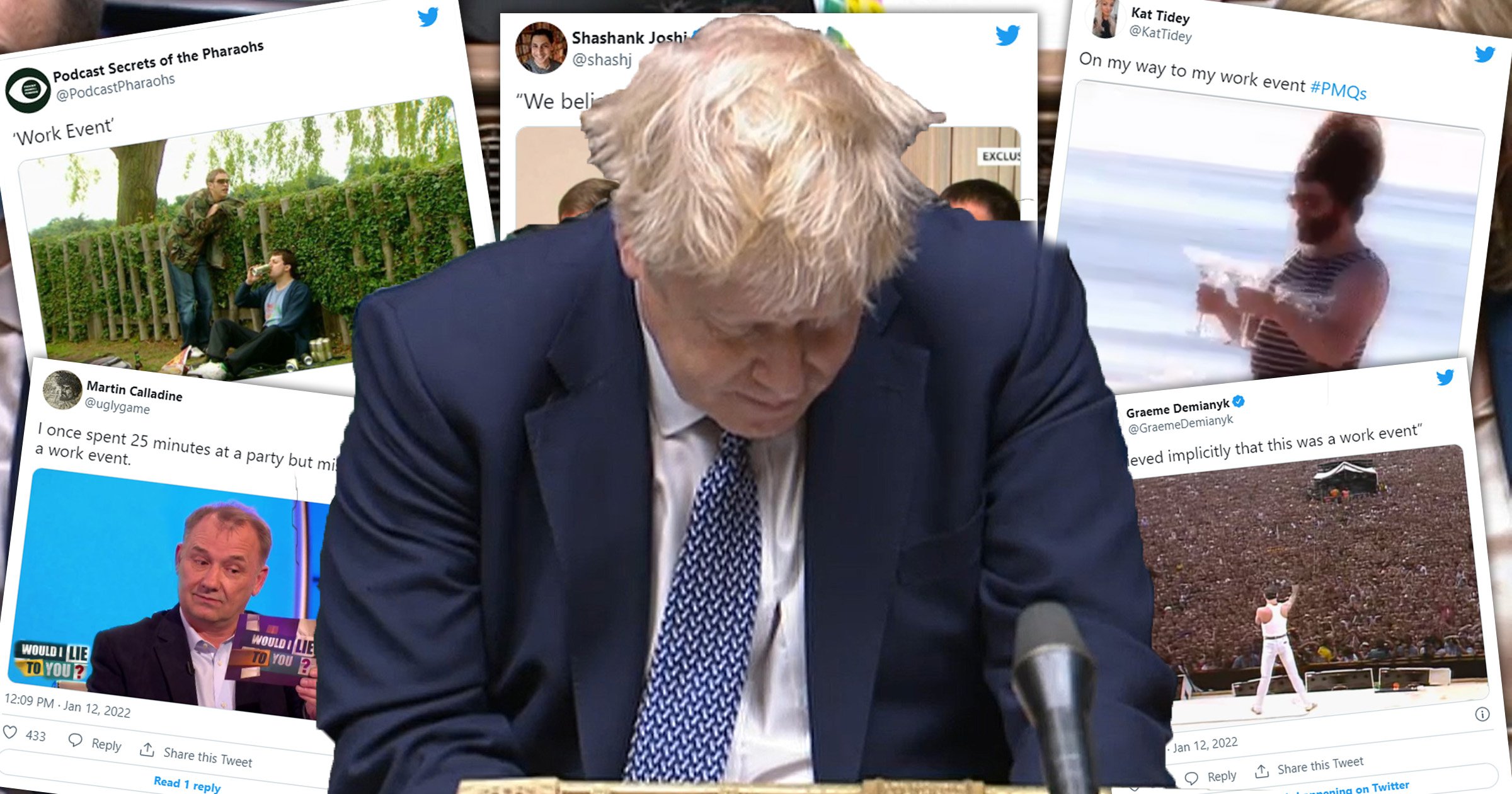 It may be too early to call but we’re pretty sure Boris Johnson’s ‘work event’ excuse isn’t receiving universal acceptance.

The prime minister has been forced into an embarrassing apology after weeks of damaging revelations.

An ashen-faced Mr Johnson was back into acknowledging public ‘rage’ after accepting he attended a knees up in the Downing Street garden on May 20, 2020.

A staff email instructed Number 10 employees to bring their own booze for a sunny session in the pretty garden behind the PM’s office and home.

Aides reportedly headed off to nearby supermarkets to stock up on bottles of wine ahead of the sanctioned shindig.

At the time, people were being ordered to stay at home, not socialise and heartbreaking stories have emerged of families who were not able to be with dying loved ones while the party was happening.

The prime minister tempered his shamefaced apology by claiming the gathering may still have been within the rules, saying: ‘I believed implicitly that this was a work event.’

It’s fair to say there remains some scepticism about this line of defence.

Below are some of the most considered, balanced and not-at-all-just-hilarious responses to Echo Falls-gate.

“I believed implicitly that this was a work event” #PMQs pic.twitter.com/WJ1Q9fgMlp

I once spent 25 minutes at a party but mistook it for a work event. pic.twitter.com/Y28myMo0bE

âI believed implicitly that this was a work eventâ pic.twitter.com/HH3yUq0nR5

On my way to my work event #PMQs pic.twitter.com/fKu8gZLXw0

Weâve gone to a work event by mistake pic.twitter.com/S4y9i49tCG

I thought it was a work event pic.twitter.com/uhXcyiLGgt

If anybody is looking for me, Iâm at a work event. #PMQs #workevent pic.twitter.com/vSVhL1gsop

Mr Johnson is nervously waiting for an official inquiry which he will be hoping will clear him of any wrongdoing on a technicality.

Labour and other opposition parties have called on him to resign and speculation is mounting about a leadership challenge from within his own ranks.

Appearing in the Commons, the PM conceded ‘with hindsight I should have sent everyone back inside, I should have found some other way to thank them, and I should have recognised that – even if it could have been said technically to fall within the guidance – there would be millions and millions of people who simply would not see it that way.’

He told MPs that he attended the May 20 2020 gathering for around 25 minutes to ‘thank groups of staff’.