Boris Johnson hasn’t ‘had the decency to answer a simple question’ on claims he attended a party at Number 10 during lockdown, Labour’s deputy leader says.

Angela Rayner asked an urgent question on the issue at the Commons yesterday, but the Prime Minister was nowhere to be seen.

Instead Paymaster General Michael Ellis stood in for him as he faced questions from countless MPs over Johnson’s whereabouts on May 20, 2020.

The PM is said to have attended a ‘bring your own booze’ party of 40 people in No 10’s garden during the first national lockdown.

A leaked email from Johnson’s Principal Private Secretary Martin Reynolds seemingly invites 100 people to the gathering, encouraging them to ‘make the most of the lovely weather’.

Johnson is expected to make a statement on party allegations at the start of Prime Minister’s Questions in the Commons at midday.

But this morning no ministers were available for media rounds as their party leader prepares for a grilling in the chamber. 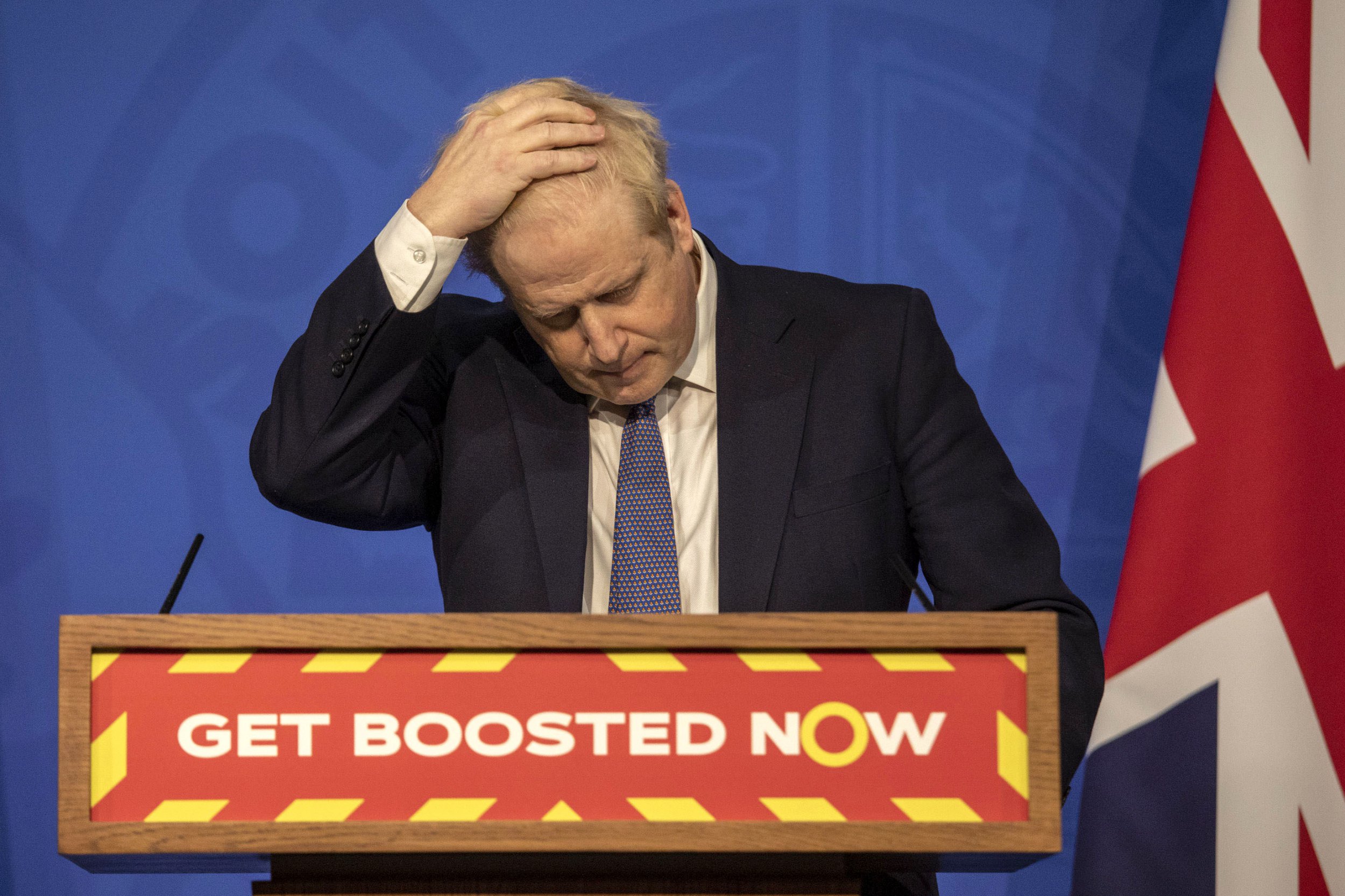 Appearing on Sky News, Rayner said: ‘For time and time again now he’s said that nothing happened, no rules were broken.

‘An the allegation essentially now is that he was actually attending this party during lockdown.

‘It shows that he’s not only broken the rules but he’s lied to the British public, and I think that makes his position completely untenable.

‘His members of parliament, his Conservative MPs have to ask themselves the question “Why are we propping up this man who has lied to the British public and who has broke the rules and has broke the law?”‘

She told presenter Kay Burley how it was ‘shameful’ that Johnson has spent the past few days failing to answer a simple ‘yes or no’ question over whether he attended the May 20 party.

It isn’t just members of the opposition who are angry over the ongoing party scandal, which former Tory minister Johnny Mercer described as ‘humiliating’.

MP for Keighley, Robbie Moore, said: ‘The email from Martin Reynolds infuriates me. I have no idea what these people were thinking.’

Backbencher Neil Hudson said he was ‘appalled and shocked’ by the reports, adding ‘if rules have been broken then quite rightly there should be serious consequences’.

Scottish Conservative leader Douglas Ross said Johnson should resign if he is found to have misled Parliament.

Speaking at Holyrood, he admitted he was ‘furious’ as the Tory leader still fails to deny attending the event.

He said: ‘I’m angry. I think that reflects what people across Scotland and the UK are feeling right now.’

Former MoD minister and Conservative MP Tobias Ellwood told Sky News his party was ‘slipping into denial’ – acting as if ‘there’s nothing to see here’.

He suggested the Government was adopting a strategy of ‘don’t explain, don’t apologise – hoping it will blow over’ – adding: ‘It’s not blowing over’.

The Commons Defence Committee chairman added: ‘I strongly urge the Prime Minister to act now, to apologise for No 10’s poor judgement, to show some contrition and to be committed to appropriately respond to Sue Gray’s findings when they come out. We can’t allow things to drift, that is not an option.’