‘Bored’ prisoners are brewing homemade ‘hooch’ to get wasted 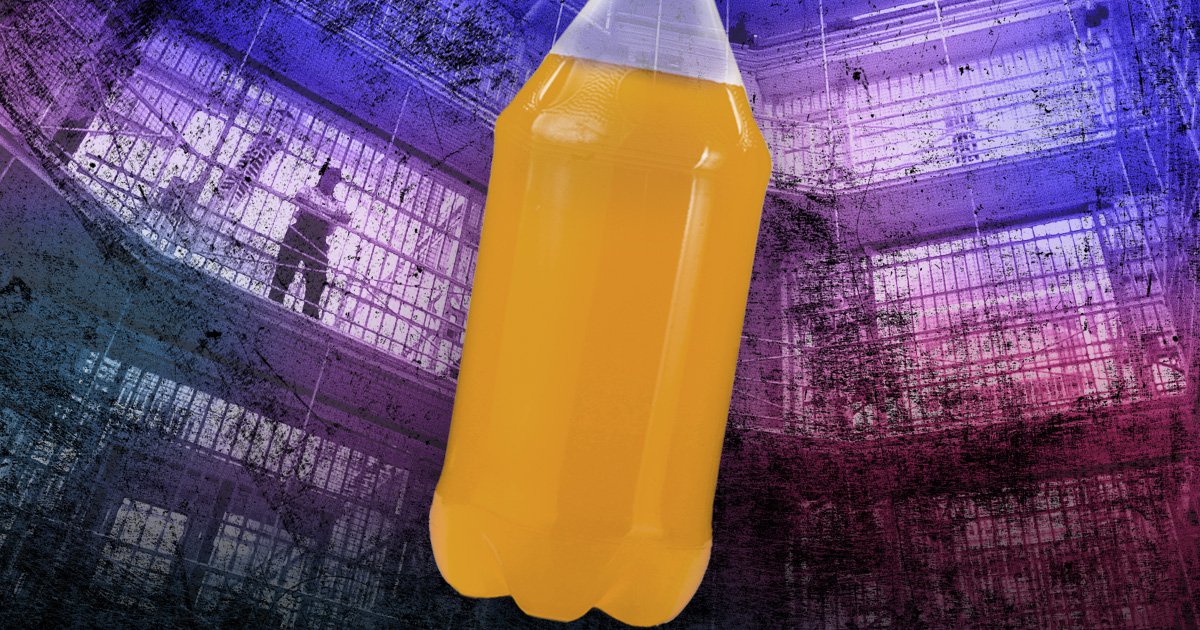 Prisoners intoxicated by hooch took hostages and armed themselves with razors to overrun a wing in drunken unrest at jails in England.

Illicitly brewed drink helped fuel the outbreaks of disorder, according to reports disclosed by the Ministry of Justice (MoJ) to Metro.co.uk.

The flashpoints can be revealed after the prisons watchdog suggested using sobriety tags to monitor inmates’ alcohol intake as it flagged the ‘disastrous’ consequences of the fermented liquid.

The Independent Monitoring Board warned that hooch consumption increased ‘dramatically’ during the lockdowns when prisoners had ‘few other distractions from the four walls of the cell’.

The report for HMP Wayland in Norfolk said: ‘The effect on prisoners who have drunk such stuff is, obviously, socially disastrous in a closed environment where aggression is always beneath the surface, doubly so when the lockdown circumstances mean that physical distance from such intoxication-fuelled aggression is much more difficult.’

The logs released under the Freedom of Information Act show hooch fuelled outbreaks of disorder across the prison estate over the past 13 months.

In one, an inmate at HMP Bristol assaulted a member of staff and took his cellmate hostage, leading to specialist reinforcements being called in.

The report reads: ‘He stated that he would harm him if staff attempted to enter the cell and he was believed to be under the influence of hooch. National resources were deployed, and the Gold command suite opened.’

The three-hour flashpoint on May 3 this year ended with the inmate releasing his hostage and being ‘restrained’ during the surrender process.

At Swaleside, a Category B prison on the Isle of Sheppey in Kent, six intoxicated inmates barricaded themselves in a cell for five hours.

The log reads: ‘They were all under the influence of hooch and stated they had a hostage and weapons. National resources were requested and GOLD was opened. It was later confirmed that this was not a hostage situation.

‘At 23:55hrs intervention was carried out successfully, all prisoners relocated to own cell or cell within the Care and Separation Unit.’

One of the prisoners was taken to hospital with suspected concussion after the stand-off on August 31 this year.

In another hostage incident, an inmate armed with an ‘improvised stabbing weapon’ dragged a person into a cell at HMP Durham.

The report states: ‘The cell door was barricaded with furniture.

‘It was established that [redacted] and [redacted] had been consuming home-brewed alcohol.

‘A National Intervention plan was agreed at 20:45hrs. Due to the intoxication levels and failure to make progress through negotiation, intervention occurred and was concluded at 22:05hrs.’

A large-scale outbreak of ‘indiscipline’ took place at Erlestoke, a Category C jail in Wiltshire, when staff were forced to retreat after six inmates became ‘threatening and aggressive’.

The log states: ‘Staff withdrew from the wing as the prisoners were armed with makeshift weapons which consisted of sharpened toothbrushes with razor blades attached.

‘The prisoners then tampered with the gate locks by blocking them with pencils to deny staff access back onto the wing.’

The group smashed observation panels during the seven hours of disorder on June 3 this year.

National reinforcements, including the elite Tornado team, were called in before the inmates surrendered.

The log reads: ‘At this stage, the motive for the incident was still unknown, however the prisoners were understood to be under the influence of drugs and alcohol. There were some minor injuries to the prisoners reported which they had inflicted on each other.’

Another incident took place at Winchester when five prisoners climbed onto safety netting at the Category B prison on July 5 this year.

The log states: ‘All appeared to be drinking fermented liquid.’

National reinforcements were deployed before the culprits surrendered and were ‘placed on report’.

Hooch is brewed by mixing fruit, water, sugar and bread in a plastic bag for what is often a super-strength drink. The illicit booze can also be sold to other prisoners, leading to debt and recriminations.

The board’s report, published in November 2021, states that difficulty in accessing drugs due to lack of contact in the lockdowns resulted in prisoners turning to the illegal brewing of alcohol.

Frequently, this was potent drink ‘sometimes much higher than in a bottle of standard spirits’. The board suggested using ‘innovative’ technology, such as ‘sobriety testing or tagging’.

A Prison Service spokesperson said: ‘We are investing £100 million to bolster prison security, which along with more cell searches, testing and specialist sniffer dogs is helping us crackdown on illicitly brewed alcohol.’