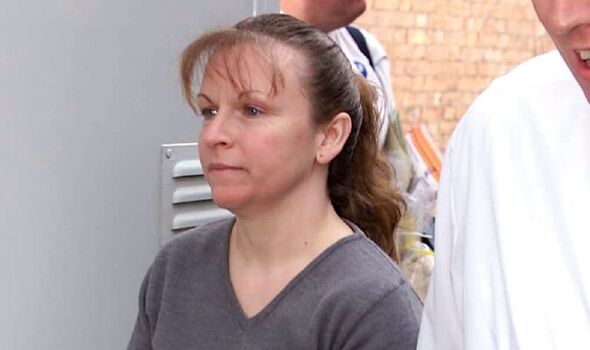 Dena Thompson, 61, was dubbed the “Black Widow” after she killed second husband Julian Webb. She said he took his own life when in fact she had hidden anti-depressants in his birthday meal and laced his drinks with ground aspirin.

Thompson has spent 19 years behind bars after being sentenced to life in 2003. She was described by police as a “dangerous woman” and “every man’s nightmare”. Thompson had a history of conning men out of money and officers said she targeted males “sexually, financially and physically” for a decade.

She murdered Julian with the lethal dinner at their home in Yapton, West Sussex, on his 31st birthday in 1994.

The truth only emerged seven years later when his body was exhumed.

That was prompted by a witness coming forward after a jury cleared Thompson in 2000 of trying to kill her third husband Richard Thompson during a bondage session.

Now the Parole Board has indicated she could be free as early as next month after granting her release.

It said: “After considering the circumstances of her offending, the progress made while in custody and other evidence presented at the hearing, the panel was satisfied that Ms Thompson was suitable for release once suitable accommodation became available in early June 2022.”

All of the professionals who gave evidence recommended her liberty on licence, according to documents. Thompson, formerly of Cullompton in Devon, married Julian bigamously in 1991 while still married to first husband Lee Wyatt.

The latter said she made him go on the run and set him up to take the blame for her frauds. After Julian’s death and divorcing Lee, she married Richard, but they split up after she attacked him with a baseball bat and a knife, saying she feared for her life.

Thompson took part in rehabilitation courses while in prison and has already had a temporary release.