Birmingham now has the second highest rate of coronavirus infections in England, second behind Bolton. The restrictions will begin on Tuesday, it was announced at a regional meeting of local authority leaders. It is hoped the increased measures will curb the spread of coronavirus and prevent a second national lockdown in the long term.

Is Solihull in Birmingham?

Although Solihull is not inside the city of Birmingham, the town is considered a part of Birmingham’s authority, which is governed by

Solihull is a large town in the West Midlands, and it part of the larger Metropolitan Borough of Solihull.

The town is located right between Birmingham and Coventry and is governed by the Solihull Metropolitan Borough Council.

Solihull borough, which is mainly suburban but includes some countryside, began expanding as a residential area for Birmingham in the 19th century, and grew rapidly after 1930. 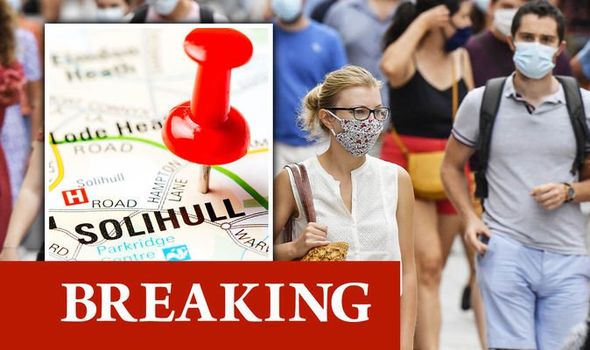 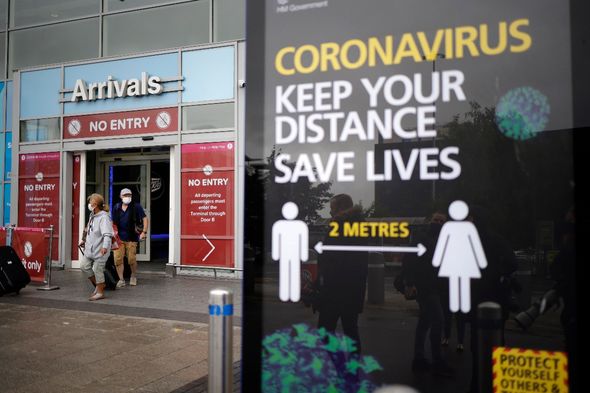 Is Solihull in lockdown?

As it stands, yes, Solihull is also in lockdown.

The safety measures imposed on Birmingham will also apply to the neighbouring boroughs of Sandwell and Solihull.

West Midlands mayor Andy Street said: “The areas will now be escalated to an area of national intervention, with a ban on people socialising with people outside their own household.”

The rate of coronavirus infection in Birmingham was recorded at 85.4 per 100,000 people on September 7, up from 32 the week before.

New rules in the area mean people living in Birmingham, Sandwell and Solihull will no longer be able to meet with other people indoors.

The strict rules are expected to affect 1.5million people.

Mr Street added: “The ban will take effect from Tuesday, September 15, but residents are advised to avoid household mixing before then as it has been identified as one of the drivers of transmission.

“The decision has been made in collaboration with local leaders who are considering additional local measures to tackle the increase in the number of cases.”

“So to emphasise, this is about mixing households, it is not about prevention of schools, workplaces, transport, any of the other options – it is about household mixing.”

There are currently 68 patients undergoing treatment for COVID-19 across the city, seven of which are in intensive care.

Dr David Rossier, chief executive at University Hospital Birmingham (UHB) said that even with local lockdown measures, it is likely cases will continue to rise over the next week.

He told Birmingham Live: “Even if we brought in some sort of social measures today to stop the spread completely, we would still expect to see cases double in a week – those people have already got it, they just don’t know it yet.