After the birth of the third-in-line to the throne, there was a frenzy to create merchandise about the event. High street shops, retailers’ websites and front covers of magazines were all trying to cash in on the national story. However, the Royal Family themselves dabble in this royal baby frenzy too, according to the BBC’s political editor.

At the time, Ms Kuenssberg was ITV’s business editor and wrote an article for their website about what all this means for the baby care industry in the UK.

She wrote: “While some might find this not perhaps in the best possible taste, the royals themselves are not shy of taking part, with special baby goods sold at their palaces ‒ which newborn doesn’t need a pair of Union Jack bootees that cost more than £30?

“The range of what is on offer goes from sublime to ridiculous ‒ commemorative washing powder to a £6,000 rocking horse.”

However, she added that, as “ridiculous” as it may be, it could be a huge boost to the economy and the numbers are “not to be sniffed at”. 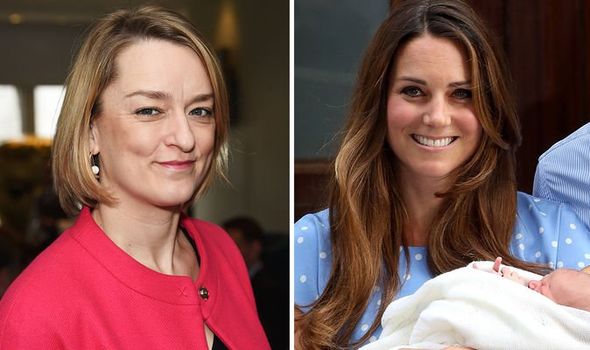 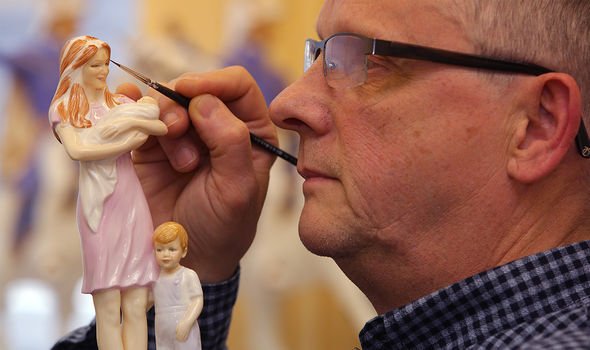 Research for “Kate’s Baby Bounce” suggested that the birth of the royal baby would help the British baby care market to grow to over £2.3billion in the first few years of its life, an increase of nearly 20 percent.

Manufacturers of luxury goods looked especially likely to benefit, with the market expected to rise to £500million in just five years.

In 2012, the market was estimated to be worth £1.958billion, but the Centre for Retail Research estimated by 2018 it could be worth £2.33billion as retailers and manufacturers capitalise on the marketing opportunities of Prince George’s early life.

Those trying to reap the benefits of the royal baby were likely leapfrogging off the so-called ‘Kate effect’ whereby if Kate wears something, it immediately sells out, creating fantastic new business opportunities. 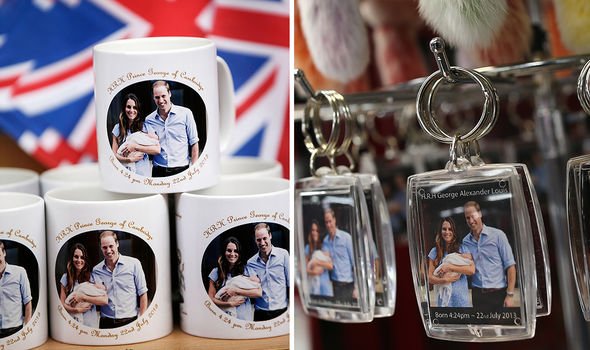 This is especially true because Kate is known for not limiting herself to designer outfits, but sometimes wears high street garments that are more affordable for an ordinary person.

Where she does go for big brands, she tries to stay British, giving them great exposure among royal fans all over the world.

With such a boost around the birth of Prince George, it is no wonder why the merchandise also rammed up after the births of Princess Charlotte in 2015 and Prince Louis in 2018. 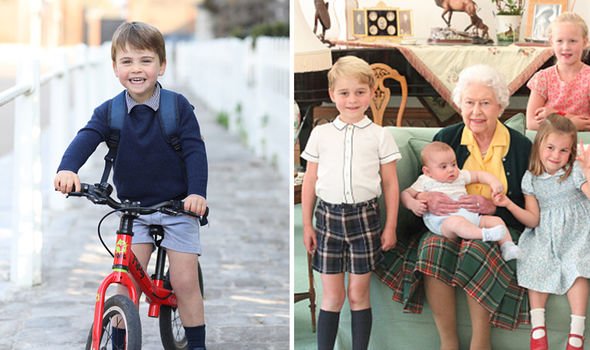 To mark his birthday, Kate released a new picture of the young prince on his bike.

Dressed in a shirt, jumper and shorts, the picture was taken on his first day of nursery school.

The lack of stabilisers on the bike shows that the three-year-old must have a good grasp of how to ride already at such a young age.

After Louis was born, William joked that they now had “thrice the worry”.

Kate was especially overjoyed to see the family resemblance between her third child and her father, Michael Middleton.

She reportedly said he is the “only one” of their children to look like her side of the family.

The Cambridge children have recently lost their great-grandfather, Prince Philip, the Queen’s husband.

However, Louis will always have a special connection with him due to his name.

Louis is named after Philip’s uncle and mentor Louis Mountbatten, who he was close to and saw as a surrogate father after his own father became estranged from the family and then died during World War 2.

The world has not been short on royal babies in recent years, as many of the Queen’s grandchildren have been starting their families.

Just this year, both Princess Eugenie and Zara Tindall have had babies, although there is less hubbub and merchandise over more minor royals’ offspring.