The BBC editor suggested Boris Johnson could spark serious trust issues among European Union leaders should he go ahead with his proposed amendment to the Brexit Withdrawal Bill. The Prime Minister is due to unveil changes that would override the deal’s section on Northern Ireland, with Government sourced suggesting the move is part of no deal preparations. But Katya Adler noted changes to domestic Brexit policy could only serve to further “sour” the complicated talks with Brussels.

Speaking to BBC Today, Ms Adler said: “Michel Barnier, the EU’s lead negotiator in trade talks with the UK, has often insisted that both sides respecting and implementing the divorce deal, the withdrawal agreement, was a key trust issue.

“Fundamental, he said, to the success of the trade negotiations. If UK domestic negotiation now seriously undermines the withdrawal agreement, you can expect serious reaction from European capitals.

“Ireland’s Foreign Minister Simon Coveney has already said it would be a very ‘unwise’ way for the Government to proceed.

“A EU diplomat from a country traditionally close to the UK called it a ‘self-defeating strategy.'” 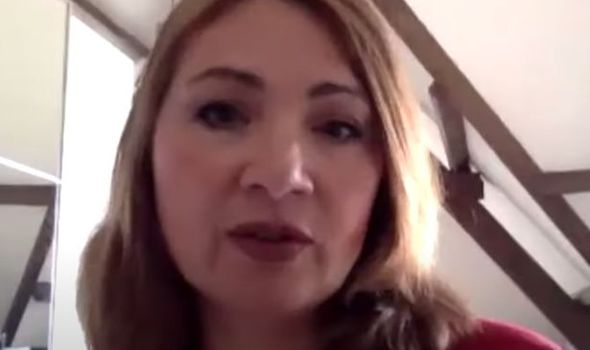 She continued: “He said the planned legislation could lead to the unravelling of trade talks between the two sides.

“Much will depend on the details of the bill, which is yet to be disclosed.

“But this news will serve to further sour the atmosphere of the already struggling EU-UK trade negotiations.”

A Government insider told the Financial Times: “The bill will explicitly say the government reserves the right to set its own regime, directly setting up UK law in opposition with obligations under the withdrawal agreement, and in full cognisance that this will breach international law.”

READ MORE: ‘This is not Conservative!’ Furious Tories threaten revolt as Rishi Sunak WILL raise taxes