The elusive street artist took to Instagram to share the news with his followers and revealed he had planned to update the painting on the day that Britain leaves the EU. The artwork appeared on a derelict building near the ferry terminal in May 2017 and was the first of the Bristol man’s creations to address Brexit.

Last month, the mural, valued at around £1 million, was covered up with scaffolding before it was whitewashed.

Banksy shared a computerised photo with his 6.4 million Instagram followers illustrating how he had planned to alter the mural on Brexit day.

It shows the EU flag crumbled on the ground with just one star remaining in its original place. 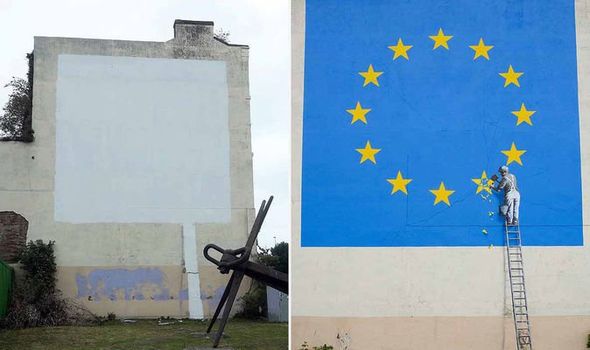 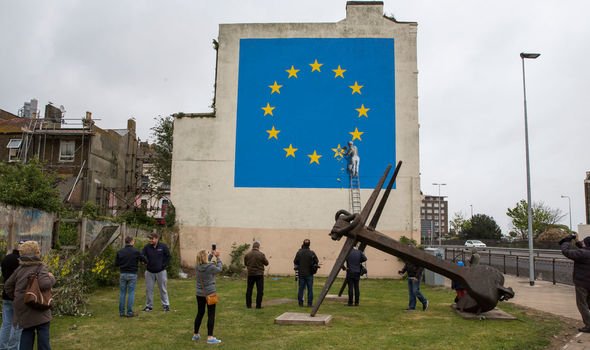 Posting a photo of the whitewashed artwork, he said: “Oh. I had planned that on the day of Brexit I was going to change the piece in Dover to this. But seems they’ve painted over it.

“Nevermind. I guess a big white flag says it just as well.”

Some of Banksy’s followers reacted by expressing their anger at seeing the artwork destroyed, with one declaring it an “outrage” while another called it “absolutely diabolical”.

Tory MP for Dover and Deal Charlie Elphicke had called on Historic England to protect the mural in Townwall Street.

He posed in front of the artwork holding a sign that read: “Save Our Banksy! Power To The People.”

In August Mr Elphicke took to Twitter to voice his disappointment over what he called “a massive shame”. 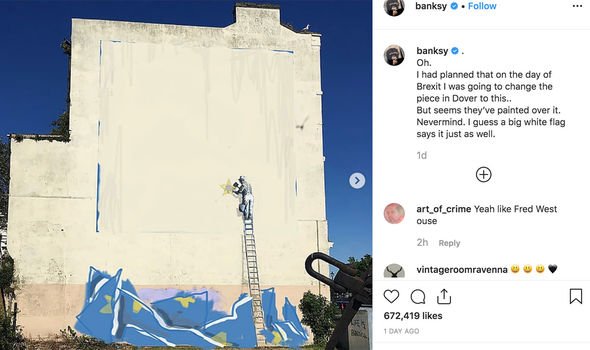 He said: “Very disappointed by the disappearance of the Dover Banksy.

“A culturally iconic statement on our times. We asked Historic England to se their powers to protect this work but they refused.

“This is the result. They should hang their heads in shame.” 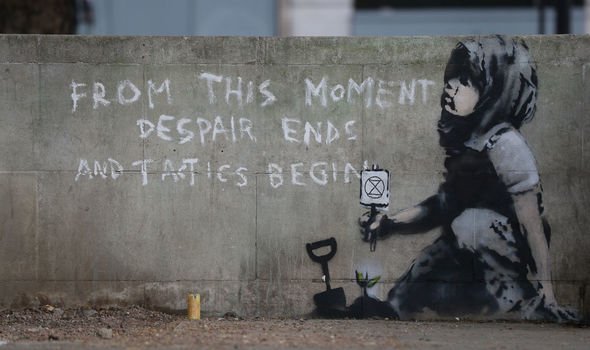 Mr Elphicke called Banksy’s creation “an iconic piece of art” and accused those who whitewashed it of “cultural vandalism”.

He and fellow campaigners had fought for two years to save the piece before it was blotted out.

He said it had been regarded as “something of a landmark” which would cause locals and tourists alike to stop and stare. 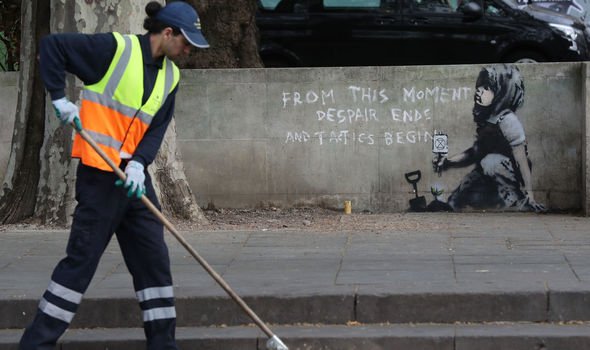 “Tourists came from far and wide,” he said.

“News reporters and film-makers pointed their cameras. All of us looked up, appreciating the special tribute to a unique moment in time.”

Banksy, who is know to touch on political issues in his work, is suspected of being behind the recent mural at the Extinction Rebellion mass protest in central London.

It showed a child stooping down besides the words: “From this moment despair ends and tactics begin.”