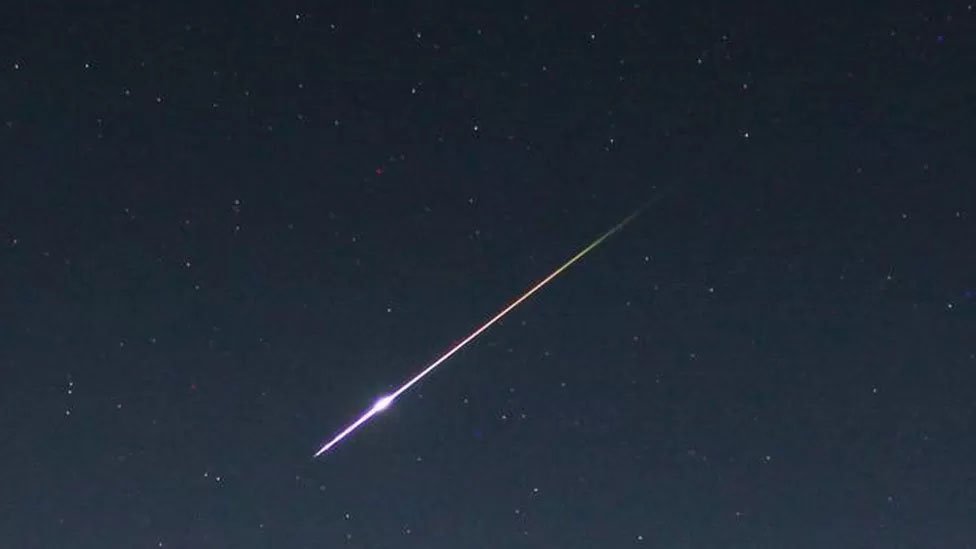 Twitter’s content moderation tools recently flagged an innocent video of a meteor as ‘intimate content’ and locked out the astronomer who posted it.

Mary McIntyre, an astronomer from Oxfordshire, was locked out of her Twitter account for three months after sharing the offending video.

The social media platform’s content moderation team told her that her six-second animated clip of the meteor featured ‘intimate content’ that was shared without the consent of the participant.

She could have deleted the tweet but that would mean admitting that she had broken the rules when that wasn’t the case.

McIntyre exhausted the online appeals process while her 12-hour ban dragged on for three months.

‘It’s just crazy… I don’t really want it on my record that I’ve been sharing pornographic material when I haven’t,’ she told the BBC of her refusal to delete the tweet.

Only after news of her ban was reported in the media was McIntyre able to access her account again.

While Twitter’s new owner, Elon Musk, is still coming to grips with running the platform, he has notably fired most of its content moderators who track abuse.

’If I wasn’t getting a human response before [Musk took over], I think I’ve got zero probability of getting one now,’ said McIntyre when appealing the ban.

Yoel Roth, Twitter’s ex-head of trust and integrity, had tweeted that the firm’s layoffs did not affect ‘most’ of the 2,000 content moderators working ‘on front-line review’. However, moderators who work on contract for the company were fired last week.

McIntyre said other astronomers had shared the video on her behalf without consequences.

She was worried that if she agreed to Twitter’s rules of reinstatement, her non-existent misdemeanour might be flagged in background checks as she works with school children, explaining astronomy.

‘I miss the interaction,’ she said of her locked account. ‘I feel a bit cut off from the astronomy world’.

US meteorologist Ryan Vaughan faced a similar ban after her video of combine harvesters working in a field at night offended the algorithm.

Vaughan choose to delete the tweet and falsely accept that he had broken Twitter’s community rules, because he wanted his account back.