As U.S. Sanctions on Iran Kick In, Europe Looks for a Workaround

As tough new American sanctions against Iran took effect on Monday, European officials remained determined to go their own way, but their progress on an issue that has sharply divided the United States and its closest allies has been halting, at best.

The Europeans consider the 2015 Iran nuclear deal crucial to their national interests, and say they intend to keep honoring it. But to date, they have not managed to put in place a mechanism for sidestepping the sanctions without antagonizing the Trump administration.

Their stance has become only more complicated by Denmark’s recent accusation that the Iranian government tried to assassinate an Arab separatist living there. France has made a similar accusation.

In May, when the Trump administration pulled out of the nuclear deal, it said it would reimpose the harsh economic sanctions that had been lifted under the agreement, aiming at Iran’s oil exports and banking sector. President Trump has called the deal “the worst in history,” saying it does nothing to restrain Iran’s non-nuclear aggression, including the killing of dissidents abroad, a large missile program and support for Hezbollah, the Syrian government, the Houthis in Yemen and Shia dissidents all over the region.

European Union members including Britain, France and Germany have said they will continue to abide by the nuclear deal, as have China and Russia. They are trying to keep Iran in compliance, too, by countering the American economic sanctions.

But the Europeans have found it difficult to set up an alternative payment mechanism to sidestep the American-dominated banking system and allow Iran to continue selling its oil and goods. The so-called special purpose vehicle would act as a clearing house: Iran’s proceeds from sales of oil and gas would be offset against Iranian purchases, a form of barter without explicit financial transactions.

So far, however, no European country has agreed to host the vehicle, for fear of American retaliation.

In a joint statement issued on Friday, the European Union foreign policy chief, Federica Mogherini, and the foreign and finance ministers of Britain, France and Germany said they “deeply regret” the reimposition of American sanctions and that work would continue to set up the special payment vehicle.

“We remain committed to implementing” the nuclear deal “as a matter of respecting international agreements and of our shared international security, and expect Iran to play a constructive role in this regard,” the statement said.

Realistically, European officials say, they may be able to preserve only 20 percent to 30 percent of existing trade with Iran, given that large European companies with ties to the United States have already pulled out of Iran or are in the process of doing so to avoid the sanctions. Stefano Stefanini, a consultant and former Italian diplomat based in Brussels, said that the European officials think 40 percent would be optimistic.

Of all the issues between Europe and the Trump administration, Iran has become the most divisive. The Europeans are actively working against United States policy, which effectively puts them in league with Russia, China and Iran.

“It is a huge strain in the trans-Atlantic relationship,” Mr. Stefanini said.

If the Europeans manage to create “a small breach in the hold that the U.S. has on international financial transactions, that could be replicated,” he said. And if they fail, he said, “it will be another big grievance with Washington, creating another minefield.”

So far, European unity is holding, but there are worries among some European officials that Britain may not remain so firm in the face of a Washington that wants to give little quarter to Iran. 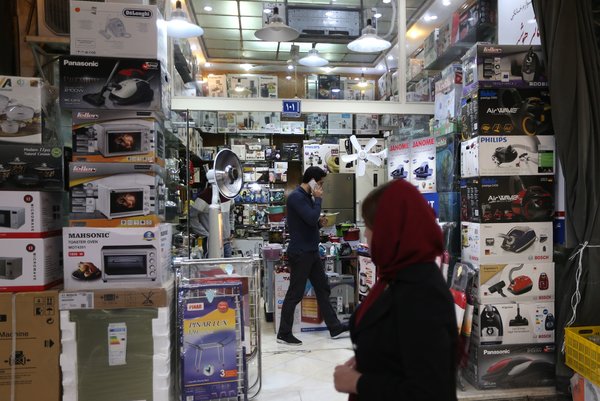 Russia, which has less exposure to American sanctions and is allied with Iran in Syria, has said that it will continue to buy and trade oil and gas from Iran — much of which they then sell to other countries.

And Washington has also granted waivers to at least eight countries, including Turkey and reportedly China, to continue to buy Iranian energy, but only, Washington says, to keep the oil market stable. Those waivers are not permanent.

Iran has been willing to remain in the agreement and has promoted European support for it at home, despite the increasing economic pain of the sanctions.

“Iran will have patience for another five or six months, but the streets matter,” said Ellie Geranmayeh of the European Council on Foreign Relations, referring to Iranian public opinion and public demonstrations.

At the same time, the assassination attempts in Denmark and France “won’t mean that the Europeans will pull the plug on the deal,” she said, “but it definitely dampens the attitude to go farther on economic easing.”

Prime Minister Lars Lokke Rasmussen called the plot “totally unacceptable,” Denmark recalled its ambassador to Iran, and possible joint European action is on the agenda for a meeting of European Union foreign ministers on Nov. 19.

In France, there was an attempted bombing of a rally of Iranian dissidents in October. The French reaction was quiet but firm, with sanctions imposed on Iranian individuals including the minister of intelligence, said Delphine O, a French legislator from President Emmanuel Macron’s party who heads the France-Iran Friendship Group at the National Assembly.

Ms. O recently returned from Iran and said the mood there was defiant and wary. “There is a general sense of despair among interlocutors,” she said. “It’s more and more difficult for them to support engagement with the West.”

Mr. Trump has said that his main aim is to force Iranian leaders into negotiations that would include restrictions on their missiles and their support for regional allies. Secretary of State Mike Pompeo has said the sanctions are meant to make Iran choose: “Either fight to keep its economy off life support at home or keep squandering precious wealth on fights abroad. It won’t have the resources to do both.”

“That behavior must change,” Mr. Pompeo said, “and sanctions of the United States will be reimposed at midnight tonight.”

Ali Vaez, who directs the Iran project for the International Crisis Group, said there was little historical correlation between sanctions and Iran’s policies. In a briefing paper calling the sanctions illogical, the group looked at Iran’s economy and its regional behavior over the last 40 years and found that “Tehran pursues what it deems vital to its national security come hell or high water,” Mr. Vaez said.

“The extent to which the Islamic republic feels threatened or senses opportunity in its neighborhood largely defines its conduct,” the report said. “Measured against that standard, the Trump administration’s aggressive policy is likelier to spur Iran’s regional activism than to curb it.”

In the meantime, European and Iranian officials are watching the midterm elections in the United States, as is the rest of the world, and trying to gauge how likely Mr. Trump is to be re-elected in two years.