As an MP, I've had death threats and been attacked, but I will never be silenced 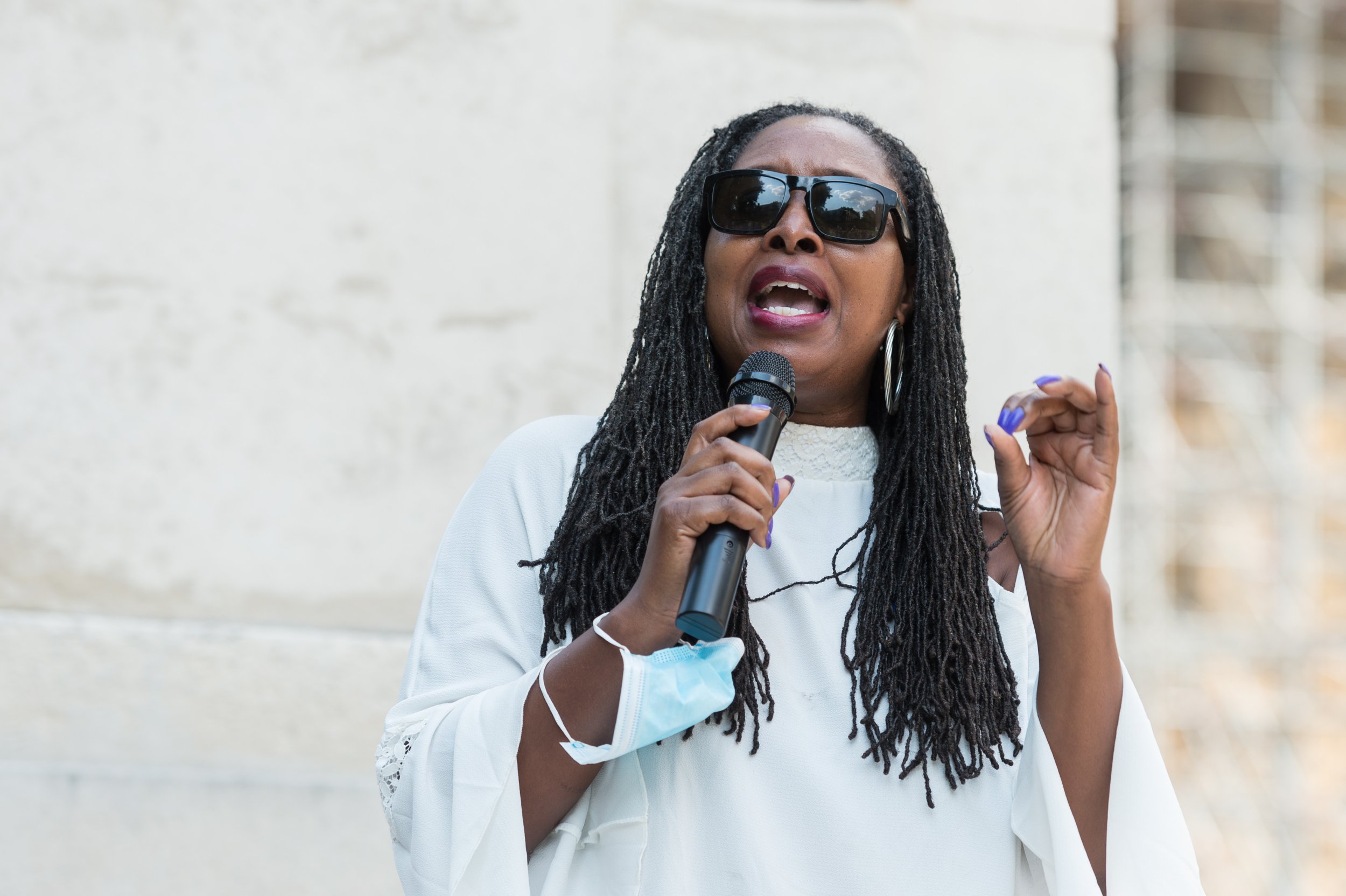 This week, a man called Stephen Peddie from Kent was convicted of sending an ‘offensive, indecent, obscene or menacing message’ after replying to a tweet about me and saying a ‘bullet to the back of the head’ would be ‘justified and wholly deserved’.

This tweet last February was terrifying to read, but I thank Tan Dhesi MP who flagged it to me after being concerned for my safety.

We must never become desensitised to the abuse that we face online, it isn’t a joke and it isn’t hard or clever.

Particularly when a group of obnoxious, privileged white men – who tend to be the ones sending me these messages – decide that I am easy bait and act like a bunch of attack dogs.

This case was especially chilling because of the sinister way Mr Peddie talked of the bullet to the back of the head. It is no joke.

Just imagine how frightening it was for me, after his tweet was reported, to receive a call from the police informing me that they had confiscated a legally-owned firearm from Mr Peddie.

I froze when I received that news, the police officer had to ask if I was still on the line. ‘A gun!?’, I responded, trying to hold it together.

After hearing that, it led me to believe that his tweet could be a genuine and public death threat against me. I cried. It triggered all kinds of emotions, thinking of my dear friend Jo Cox.

And Stephen Peddie was a prospective politician himself, having stood for the Brexit Party in 2019. I wish he could be locked up for a very long time.

As a high-profile black Labour MP – and as someone who regularly speaks out on tackling racism and discrimination – I have unfortunately become a particular target for certain individuals with extreme views who wish to silence me.

But even amidst the daily torrent of abuse, this tweet stood out to me as profoundly extreme, offensive and threatening in nature. It made me fear for my personal safety – and the thought that someone might want to shoot me is terrifying.

I am not going to pretend it is not, because I want people to speak out and stop people like him. If you know people who are suggesting violence online, ask them to stop – or take control and stop speaking to them.

Don’t play down abuse as banter, it’s important for people to understand that I have no way of knowing whether people sending abuse to me are simply keyboard warriors or credible threats who intend to act on what they say.

I must therefore assume, for my own safety and security, as well as that of my family and office, that all threats are credible.

We can never forget that within the last six years Jo Cox was so brutally murdered, shot and stabbed multiple times, simply for doing her job.

Sir David Amess was brutally killed at a constituency surgery last year. My friend Rosie Cooper was close to being attacked. And in 2018, a killer went looking for Sadiq Khan and Jeremy Corbyn and drove into a mosque when he could not locate them.

In 2010, Stephen Timms was stabbed twice by a student who had booked an appointment at his constituency surgery. While in 2000, Andy Pennington, an MP’s assistant was stabbed to death as he tried to protect the Liberal Democrat MP Nigel Jones from an attacker who stormed his constituency office.

Horrible incidents like these, along with the regular abuse and threats which I receive, are part of the reason why I closed my physical office in Brent in 2020. I was once attacked on a train for which the perpetrator was sent to prison and it left me mentally scarred.

Ever since, with social media posts such as that from Mr Peddie, I’ve had to make significant changes to my daily routine and way of life.

My home is like a fortress, with added security measures in place.

I carry a personal tracker alarm, and regularly inform the police of my movements, as well as no longer use public transport as often as I once did.

It’s got so bad that my family and friends have urged me to leave this job for my own safety.

I am determined, however, that I will never be silenced into submission. I am tired but not beaten.

Nonetheless, it is time to ask for help. There are more good people than bad and if you are friends with the bad ones, you are enabling them. This isn’t political discourse when the threats are real.

Be alert and awake to what is happening. Don’t pretend not to see it or hear it

People who have somehow weaponised the word ‘woke’ in an attempt to give themselves license to be racist, misogynistic and homophobic – or any other kind of discrimination – only do so in order to abuse others.

If you accept people for who they are and don’t want to discriminate or alienate people from society then, pick a side. As Angela Davis said: ‘It is not enough to be non-racist, we must be anti-racist’.

If you choose to abuse people, you are not just anti-woke, you are the problem.

It takes a real and damaging toll on my well-being and that of my team, who constantly read and report abuse – and can even be the target themselves.

When it comes to my latest case, I believe the offender must never again hold a firearms licence, and there must be a review of all gun licensing, including the social media history of applicants.

There were similar calls to review firearm application processes after the Plymouth mass shooting last year. People who send menacing messages online should never, ever own firearms.

Now, this long ordeal is finally coming to a close. I am grateful that Mr Peddie was found guilty of sending an ‘offensive, indecent, obscene or menacing message’. He was bailed ahead of sentence at the same court on February 2.

It has been reported that he said ‘I want to take this case to the European Court of Human Rights’, which is somewhat ironic considering he is a former Brexit Party prospective parliamentary candidate. (I thought it was all about taking back control?)

Mr Peddie tried to argue in the Westminster Magistrates’ Court that the tweet was a question rather than a threat and that it was not directly aimed at me, but Deputy District Judge Briony Clarke said: ‘I do not believe the defendant’.

Judge Clarke said the tweet was not a ‘direct threat’ to me, but added that Mr Peddie ‘should and did recognise the risk that at the time of sending that it might create fear or apprehension to any member of the public who reads it’.

Importantly for me, following this conviction I will be taking out an indefinite restraining order against him as I never want him anywhere near me.

I want to thank everyone who has supported me through this and other cases. For those who may ask what they can do to help, I say that everyone must continue to call out and stand up against hate, threats and abuse online.

Be alert and awake to what is happening. Don’t pretend not to see it or hear it. As a society, we must send a clear message that it will not be tolerated.

It isn’t the first time someone has been convicted for threats against me and I’m sure it won’t be the last, which makes it so important that we don’t let incidents like this go by without calling them out.