Armed Forces will NOT be forced to take mandatory Covid vaccine 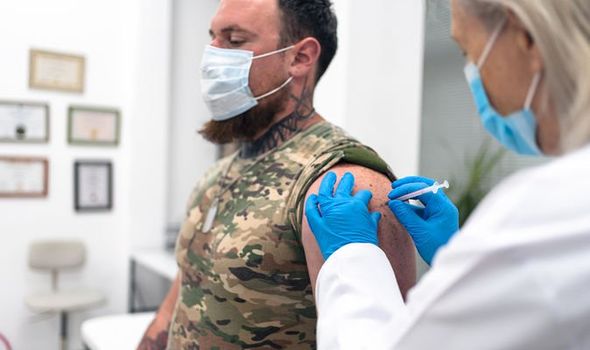 It comes as official figures show almost 900 troops ‑ the size of a battlegroup ‑  have refused the jab. Ministers had been debating how far to push mandatory vaccinations for military personnel following stringent guidelines adopted by allies.

Most European countries have adopted blanket vaccination policies for their armed forces. And in September French President Emmanuel Macron extended the policy to his country’s police force.

But it was the approach taken by the US last year which sparked particular interest in Whitehall.

US Secretary of Defense Lloyd Austin threatened to dismiss troops who refused to get vaccinated by November.

This has led to the sacking of 241 personnel, including 100 US Marines and a Navy Commander who was executive officer on a destroyer and in line to be given his own command next year.

The Ministry of Defence has decided to take a more nuanced approach, insisting on vaccination only for those in “critical roles”.

While this has yet to be clearly defined, it will certainly include frontline medical staff and troops deployed abroad.

All military personnel deployed in a recent series of war games in Oman, for example, were required to be fully vaccinated.

Last night senior officers expressed concern at what they called a “fudged policy”. One said: “We all work together and specialist high readiness units rely on those in the rear echelons – you can’t operate two systems.”

An MoD spokeswoman said: “The vast majority of personnel have already been vaccinated, with 94 percent of the Armed Forces having received at least one Covid vaccination.”