Loud boos echoed around Middlesbrough’s Riverside stadium when some England players took the knee ahead of Wednesday’s pre-Euro 2020 friendly against Austria. The booing left BBC presenters stunned, but some England supporters claimed the symbolic gesture was “politicising” the game. Conservative Member of Parliament for North West Leicestershire Andrew Bridgen today tweeted: “England footballers are encouraged to take the knee.

“This is the symbol of the divisive and Marxist BLM group.

“But players are not allowed to display poppies on their shirts in support of our veterans and those serving in our armed forces.

“And they wonder why the crowd voiced their protestations.”

One follower of Mr Bridgen said: “They are very misguided and have been brainwashed. 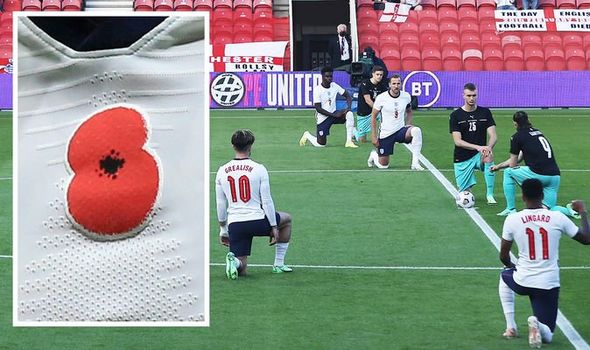 “Frankly I hate the symbolism as it supports a political organisation that states as one of its aims the destruction of democracy.

“And by the way, it creates racism where none existed.”

However, another follower of Mr Bridgen disagreed and tweeted a comment: “But they do wear poppies as do the clubs.

“This is a straw man argument. 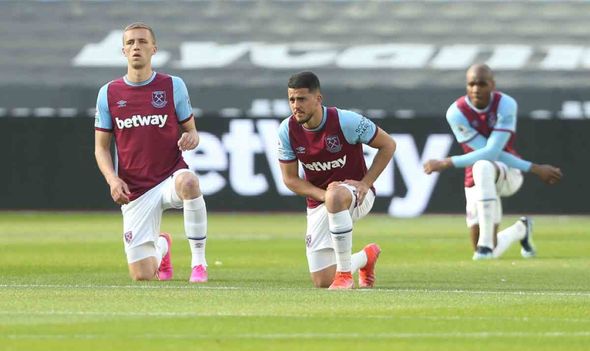 “Taking the knee is not exclusive to Black Lives Matter.

“Poppies are not exclusive to the British Legion see US Sports teams over Memorial weekend.”

Many on Twitter disputed the claim by Mr Bridgen that the Premier League did not allow the wearing of poppies.

The Premier League website said the organisation “proud to support The Royal British Legion since 2012”.

The statement read that the organisation was “making a significant contribution to raising much-needed funds to help people in the Armed Forces community”.

It added: “As we mark 75 years since the end of World War II, during Premier League matches on the weekend of 30 October to 2 November and the weekend starting 7 November 2020, players and match officials wore special-edition shirts embroidered with a poppy.

“The players’ match-worn and signed shirts are being auctioned throughout November and December.

“The funds raised going to The Royal British Legion.”