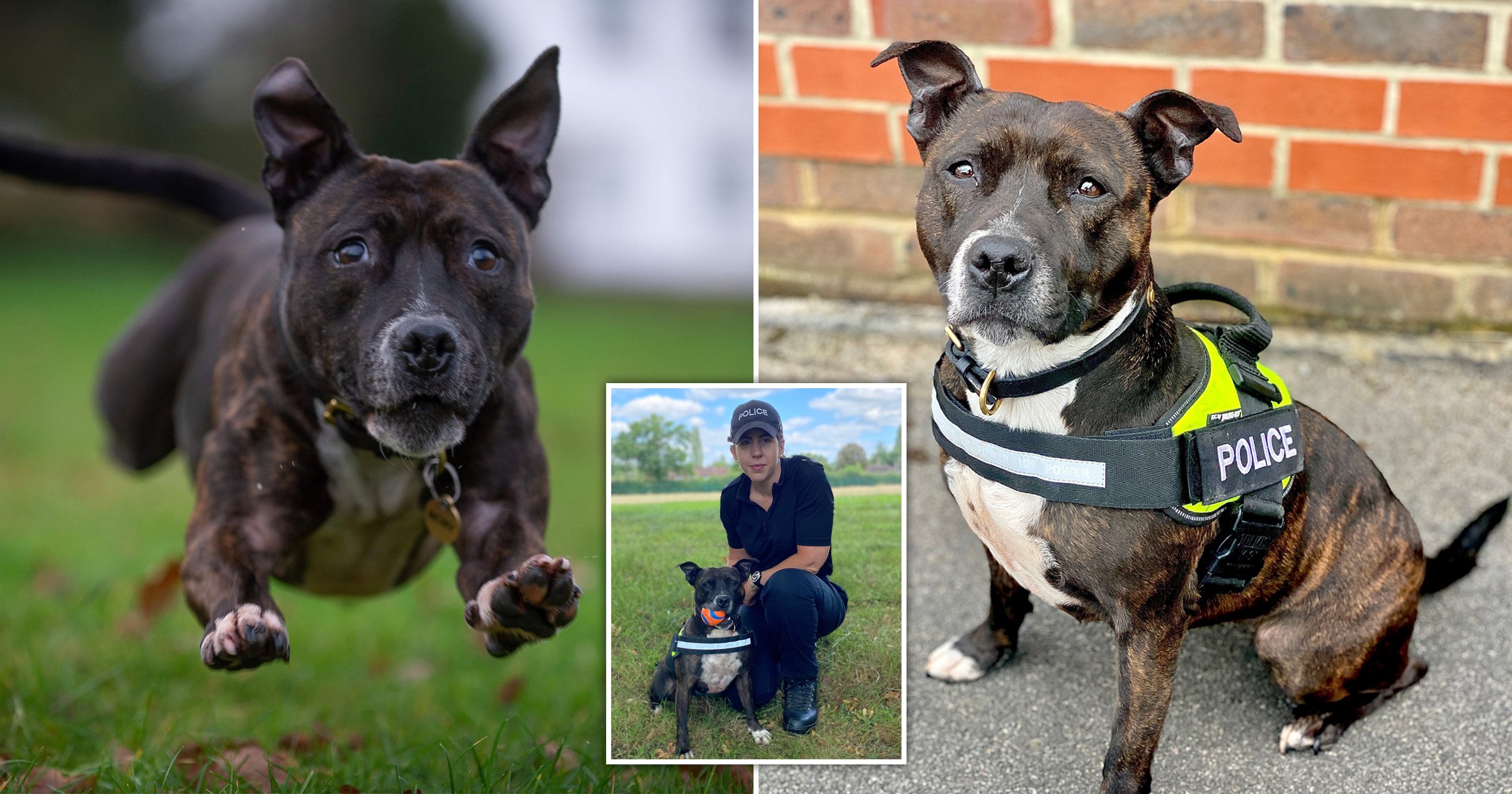 An abandoned dog has seen her life turned around and become a police ‘superstar’ after learning how to detect explosives.

Roxy, a five-year-old Staffie, had to be rescued by the RSPCA in Somerset after being abandoned in 2017 but has gone on to protect the Royal family and respond to bomb threats.

Now she is the only one of her breed working as an explosives dog in the UK – and has been deployed at Windsor Castle for Princess Beatrice’s wedding, and monitored the local area ahead of ahead of Prince Philip’s funeral.

Staff at the RSPCA’s West Hatch Animal Centre – who have spent more than a decade working with police forces to identify rescue dogs who could be used by forces – quickly spotted Roxy’s potential and alerted police.

After a few years of training, she also became the only Staffie working within the Hampshire and Thames Valley dog unit.

With the help of proud handler PC Camilla Carter – who says the dog was ‘born to do this’ – she carries out security sweeps before high-profile public events and VIP visits to detect the scent of explosives.

The pair search various locations including private jets for suspicious packages, sweep venues ahead of Royal and Ministerial visits, and respond to bomb threats.

Supervisor Sue Dicks explained: ‘Roxy was the right age, was good around people and other dogs, and was really confident.

‘She was also very ball-focused – something that’s really important in training – and was incredibly determined.’

Roxy initially joined Avon & Somerset Police for her initial 10-week training where she learned what scents to sniff out and how to indicate the presence and location of the odours.

She then spent two years with the team before moving to the Hampshire and Thames Valley specialist search unit and partnering with PC Carter to complete their training in February 2020.

PC Carter said: ‘Roxy is a superstar. She is intelligent, very systematic and thorough. For her, it’s all a big, fun game and she just loves to work.

‘To see her working and know she’s a rescue dog whose life could have been so much different makes me so proud; it’s amazing to see her doing her job and loving it.’

She added: ‘And I love working by her side, she’s my crew mate and we have each other’s backs.

‘I’m sure she was born to do this; I couldn’t imagine her doing anything else.’

Roxy is one of dozens of rescue dogs who have gone on to work as sniffer dogs within different police forces across England and Wales.

Though other breeds, like German shepherds, Labradors and spaniels are often seen working for police, Roxy’s rise follows that of several Staffies who have taken on crime-fighting jobs.

‘Just like any dog, given the right upbringing and care, they can make loving family pets or, like Roxy, crime-fighting “su-paw” sniffer heroes.

‘Unfortunately, staffies have suffered from overbreeding and bad press in recent years and we see more Staffordshire bull terriers and Staffie-crosses coming into our care than any other type of dog. 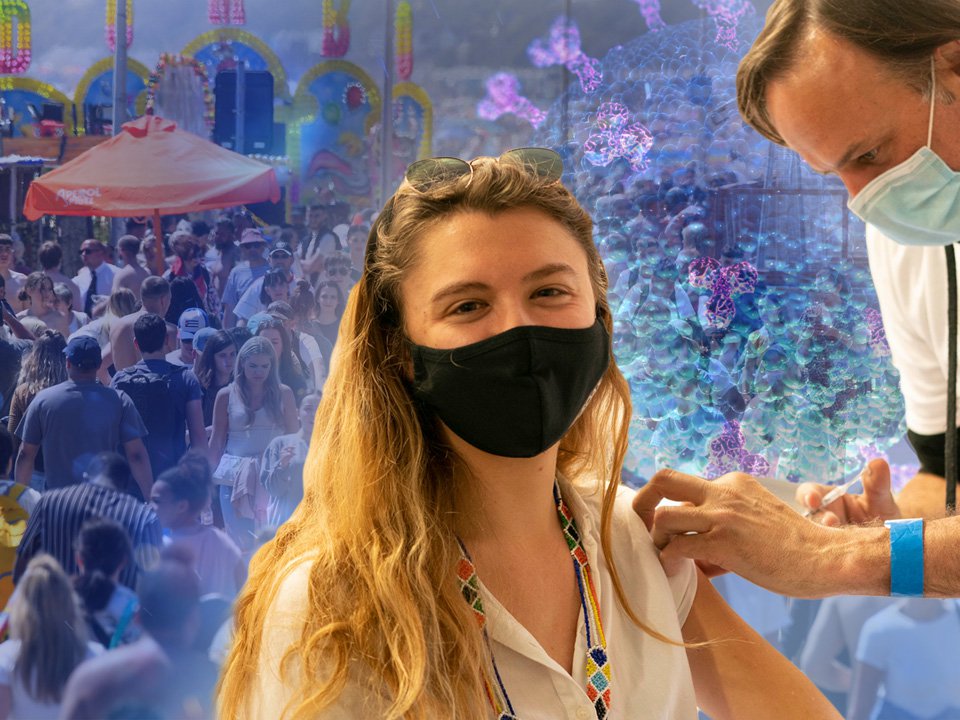 ‘But dogs like Roxy are a wonderful example of how clever Staffies can be and may help to change the public’s perception of the breed.’

Explaining more about her dog’s role, PC Carter continued: ‘Roxy is one of nine dogs who work on the specialist search unit and we’re responsible for high risk missing persons cases as well as counter terrorism and serious crime searches.

‘Last summer, Roxy and I worked at Windsor Castle ahead of the private wedding of Princess Beatrice and Edoardo Mapelli Mozzi and, this month, we secured the local area ahead of HRH Prince Philip, Duke of Edinburgh’s funeral.

‘I’m incredibly proud of her for carrying out such an important job ahead of such large events, both happy and sad.’