WASHINGTON (Reuters) – U.S. employment growth slowed further in August and permanent job losses increased as money from the government started running out, raising doubts on the sustainability of the economy’s recovery from the deep COVID-19 recession. 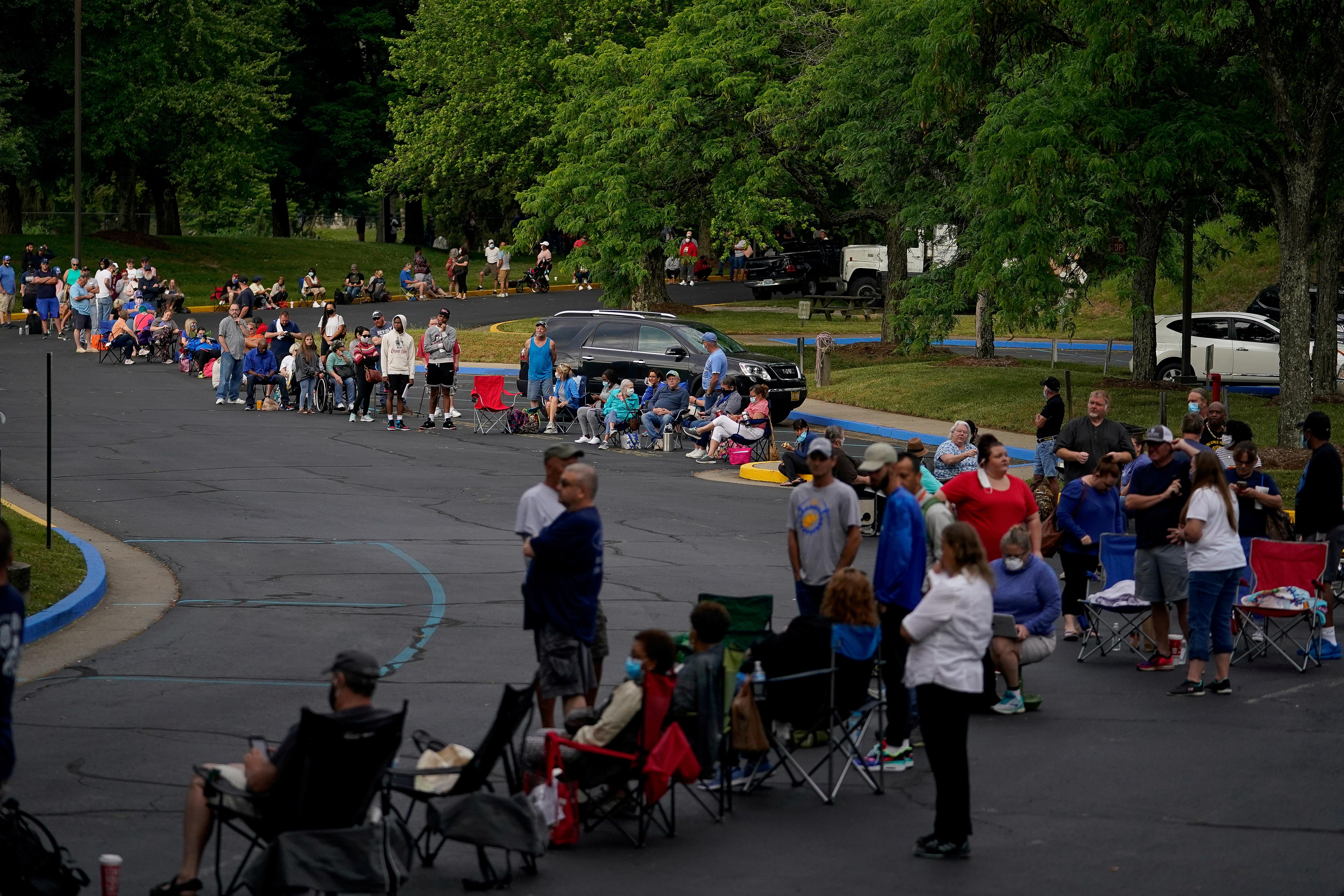 Nearly a fifth of the job gains reported by the Labor Department on Friday were from the government’s temporary hiring for the 2020 Census. While the unemployment rate fell below 10%, it was biased down by a continuing misclassification problem.

The cooling labor market pressures the White House and Congress to restart stalled negotiations for another fiscal package and is likely to become political ammunition for both Democrats and Republicans with just two months to go until the presidential election.

“The labor market has entered a frustratingly slower second phase of the recovery,” said Lydia Boussour, a senior U.S. economist at Oxford Economics in New York. “With one in two laid-off workers still unemployed and Congress unable to pass urgently needed fiscal aid, slower and more volatile job growth represents a significant risk for the economy.”

Excluding government, payrolls rose 1.027 million. Private sector employment gains were led by the retail sector, with 249,000 jobs created. Though professional and business services added 197,000 jobs, more than half of the gain was in temporary help services, reflecting the uncertain economic environment.

Employment in leisure and hospitality increased by 174,000 jobs, but hiring has stepped down from June and July when 2.0 million and 621,000 jobs were added respectively. Manufacturing employment rose 29,000 and construction added 16,000 jobs.

Programs to help businesses pay wages have either lapsed or are on the verge of ending. Economists credited government largesse for the sharp rebound in economic activity after it nearly ground to a halt following the shuttering of businesses in mid-March to control the spread of the coronavirus.

August’s report is one of just two monthly labor market scorecards left on the calendar before the Nov. 3 presidential election. President Donald Trump, who is trailing in polls behind former Vice President Joe Biden, the Democratic Party nominee, cheered the continued job gains as a sign that the economy is improving after suffering its biggest shock in at least 73 years in the second quarter.

But employment is 11.5 million below its pre-pandemic level. Employment growth peaked at 4.781 million.

While the unemployment rate fell to 8.4% last month from 10.2% in July, it was distorted by people misclassifying themselves as being “employed but absent from work.”

Without this error, the unemployment rate would have been about 9.1% last month, the Labor Department’s Bureau of Labor Statistics estimated. At least 29.2 million were receiving unemployment benefits in mid-August.

Blacks continued to experience high unemployment, with a 13% jobless rate compared to 7.3% for Whites and 10.5% for Hispanics. The household survey also showed people who have permanently lost their jobs rose 534,000 to 3.4 million.

There was a drop in the number of unemployed re-entrants to the labor force, though the share of working-age Americans who have a job or are looking for one rose.

Stocks on Wall Street were lower as technology shares slumped. The dollar rose against a basket of currencies. U.S. Treasury prices fell.

“The recovery is losing momentum after the initial burst of activity from re-opening,” said Sarah House, a senior economist at Wells Fargo Securities in Charlotte, North Carolina.

Job gains have largely come from workers being recalled from furloughs or temporary layoffs as companies accessed government loans to help with wages. With fiscal stimulus tapering off, there has been a raft of furlough announcements.

A report this week from the Federal Reserve based on information collected from the U.S. central bank’s contacts on or before Aug. 24 showed in some districts “slowing job growth and increased hiring volatility, particularly in service industries, with rising instances of furloughed workers being laid off permanently as demand remained soft.”

Though gross domestic product in the third quarter remains on track to rebound at an annualized rate of as high as 30% after sinking at a historic 31.7% pace in the April-June quarter, the slowing labor market will hurt fourth-quarter GDP. 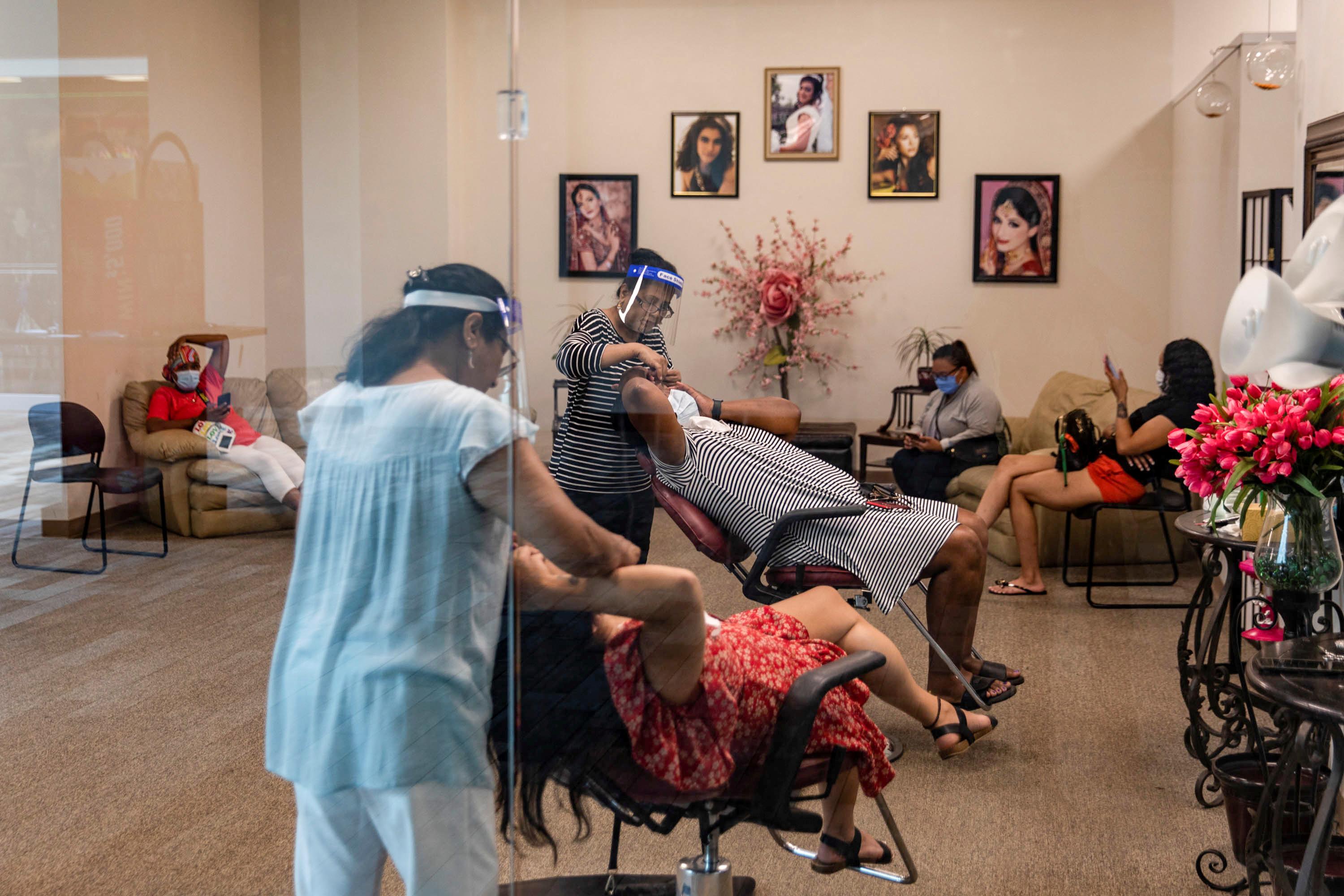 Average hourly earnings increased 0.4% in August after edging up 0.1% in July. That left the annual increase in wages at 4.7%. The average workweek increased by 0.1 hour to 34.6 hours. Job losses have been concentrated in the low-wage services industries, distorting wages and the workweek.

“Risks to the labor market recovery are to the downside,” said Gus Faucher, chief economist at PNC Financial in Pittsburgh.