The Week in Business: Who Wanted a Slow Start to the New Year, Anyway?

Want this column in your inbox? Sign up here.

If you’re like me, you aspired to leap into January bright-eyed and ready to break all sorts of personal productivity records. But instead, here we are, scrambling as usual and digging through backlogs of emails that have sat unchecked since the Friday before Christmas.

Allow us to lighten your load, especially after a crammed three-day workweek. Here’s a quick, painless briefing of the top stories in business and tech, plus what to look for in the week ahead. Feel like you need another vacation already? Read the 2018 recap from our 52 Places Traveler, and resolve to visit somewhere on her list this year — or at the very least, try a salchipapa or a panzerotto.

Apple surprised investors by lowering its revenue forecast on Wednesday, the first time it has done so in 16 years. The company attributed its $5 billion shortfall to the sharp decline in iPhone sales in China. That spurred larger fears about the lagging Chinese economy — and whether it’s pulling American companies down with it. Apple’s stock fell 10 percent after its announcement, its worst one-day slide in six years, and suppliers that manufacture iPhone parts took a beating as well. This doesn’t bode well for the other businesses that sell to Chinese consumers.

If you’re nonplused about whether the markets’ recent behavior is a bellwether of a looming economic slowdown, prepare for more mixed signals. Friday’s employment report was even stronger than expected: A whopping 320,000 new jobs were added in December, the most in nearly a year. Still, corporate revenues tell another story. In addition to Apple, Delta Air Lines reported gloomy numbers, and Tesla shares also slid after the company cut its car prices, a move that may reflect weakening consumer demand. Tempted to shift your hemorrhaging 401(k) to cash? Don’t! Experts recommend that you stick it out.

Furloughed for How Long?

Hours after Democrats took control of the House on Thursday, lawmakers approved measures to reopen government agencies that have been closed over a budget standoff. But the legislation will probably wither on the vine, as it doesn’t include the $5 billion that President Trump is demanding for a wall along the country’s southern border. The impasse, now two weeks long, leaves 800,000 government employees without paychecks and could soon affect other Americans’ wallets, too, by causing delays in tax refunds and in federal loan funding. Adding insult to injury, Mr. Trump issued an executive order to freeze all federal salaries for 2019. 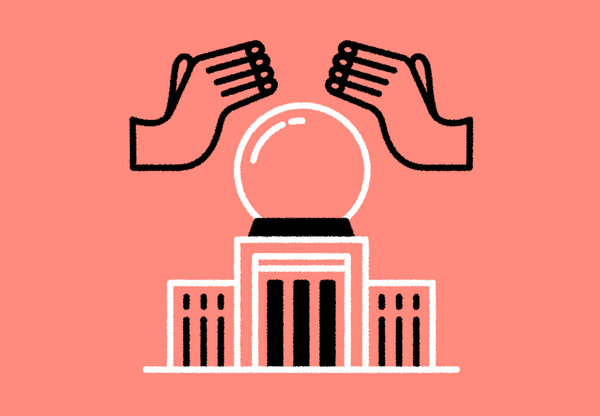 All Eyes on the Fed

Everyone wants to know whether the Fed will change its mind about continuing to raise interest rates. The central bank’s chairman, Jerome H. Powell, sought to calm investors on Friday, acknowledging their concerns and vowing to “shift” policy if necessary. More hints and insights may come this Wednesday, when the Federal Open Market Committee publishes economic projections and the minutes from its December meeting. If the documents reflect a more cautious outlook, then perhaps the Fed will go easier on rates in 2019, which could help steady markets and prevent mortgages and other loans from getting more expensive. Mr. Powell will speak again at the Economic Club of Washington, D.C., on Thursday.

China at the Table

American delegates will kick off trade talks in Beijing this Monday, the first time officials from both countries have met since Mr. Trump and the Chinese president, Xi Jinping, agreed to a temporary trade truce back in December. Extensive talks are planned for February, ahead of the March 2 deadline to reach an agreement. It’s not a moment too soon, as China’s flagging economy is not just hitting Apple and other American companies, but the rest of the world, too.

As if we needed another destabilizing factor in world trade, the British Parliament will resume squabbling this week over its plan to leave the European Union. Nothing if not dogged, Prime Minister Theresa May will pull out all the stops to avoid a defeat (or another delay) in a Brexit vote set for later this month. Britain remains deeply divided over aspects of the deal, particularly how to handle the Northern Ireland border. If no agreement is reached, Britain will be dangerously close to its March 29 deadline to withdraw. A no-deal Brexit could seriously imperil the British economy, as well as those of its trade partners.

NASA photographed the farthest object in space that humans have ever encountered — a small, icy mass floating 4 billion miles away — and China became the first country to land a vehicle on the far (or “dark”) side of the moon. Back on earth, your next trip to the drugstore could be a more expensive one: Pharmaceutical companies raised prices on hundreds of drugs on Jan. 1.

$674.63: The shocking (and very temporary) low price of a round-trip, business-class ticket from Vietnam to New York on a Cathay Pacific flight — 95 percent off its usual cost. The discount was posted by mistake on New Year’s Day, and customers snapped up seats before the airline discovered its error. It’s honoring the tickets anyway.