Tesla names director Denholm to replace Musk as board chair

(Reuters) – Tesla Inc has named director Robyn Denholm as board chair, fulfilling a demand by the U.S. Securities and Exchange Commission to strip the job from Elon Musk, the electric car maker’s wayward chief executive who has dragged the company through months of turbulence.

The appointment was required as part of a September deal Tesla struck with the securities regulator to settle fraud charges against Musk and Tesla. Legal experts said it was unclear if Denholm, who has been on Tesla’s board for four years, was independent enough for Tesla to comply with the court-approved settlement.

Denholm, 55, joined Tesla as an independent director in 2014 and is the head of its audit committee. She was paid almost $5 million, mainly in stock options, by the company last year, making her the highest remunerated of its board members.

She is finance chief at Australian telecoms firm Telstra Corp Ltd and previously worked for Toyota in Australia, according to her LinkedIn profile. She will resign from Telstra to take the Tesla role full-time.

Whether she is independent enough to rein in public outbursts by Musk – who mocked the SEC as the “Shortseller Enrichment Commission” on Twitter after the fraud charge settlement – is an open question.

Denholm sat on the board when Musk set production targets for the Model 3 car that were not met, and also when the chief executive tweeted that he had secured funding to take Tesla private, which prompted the SEC to file fraud charges against him.

The court-approved settlement of those charges requires Tesla to certify in writing that it has appointed an “independent” chairman and to provide evidence and exhibits to make its case.

While the definition of “independent” is typically broad, legal experts suggested the court could ultimately conclude Tesla was not in compliance with the letter of the settlement.

“It does violate the spirit of the settlement, which was to change the culture of the board so there was a check on Musk’s worst instincts,” said Stephen Diamond, a professor of corporate governance at Santa Clara University.

The SEC declined to comment beyond the court judgment.

Musk, who remains Tesla’s biggest shareholder and the driving force behind its ambitious plans to reshape electric battery technology and car transport, tweeted here his approval of the appointment.

“Musk, I believe, has a ton to do with the selection and he wants to be sure that they can see eye-to-eye,” said Elazar Capital analyst Chaim Siegel.

Top proxy advisers Institutional Shareholder Services and Glass, Lewis & Co had each classified Denholm as an “independent” director of Tesla in reports to the carmaker’s investors earlier this year.

Denholm pumped petrol at her parents’ filling station before going on to study at Sydney University and joining accounting firm Arthur Andersen.

Since then, she has worked at Swiss power grid maker ABB Ltd, network gear firm Juniper Networks and computing firm Sun Microsystems. She has also been national manager of finance for Toyota Australia.

Telstra CEO Andy Penn said when he appointed her: “Robyn has a proven track record as a global COO in a business focused on telecommunications networks.”

Executive recruiter Patricia Lenkov, however, said that Denholm likely was not the right pick for the job, arguing Tesla needed a figure with more experience dealing with strong founders.

“There might be an element of risk here. She’s not a proven entity in this kind of work,” she said.

While Tesla is finally starting to make good on Musk’s promises on production of the Model 3 sedan, seen as crucial to the company’s future, it has lost senior executives for sales, human resources, manufacturing and finance in recent months.

Its vice president for manufacturing Gilbert Passin was reported last month to have left.

“We view the fact that Denholm has prior industry experience with Toyota positively,” said CFRA Research analyst Garrett Nelson, adding it made sense that Tesla should seek to avoid the risk of a genuine outsider clashing with Musk.

The Silicon Valley billionaire’s gift for self-promotion has made Tesla one of the world’s most talked-about businesses but also caused public spats with journalists, analysts, Wall Street investors and even rapper Azealia Banks.

He is being sued for calling one of the divers behind this year’s Thai cave rescue a “pedo”. 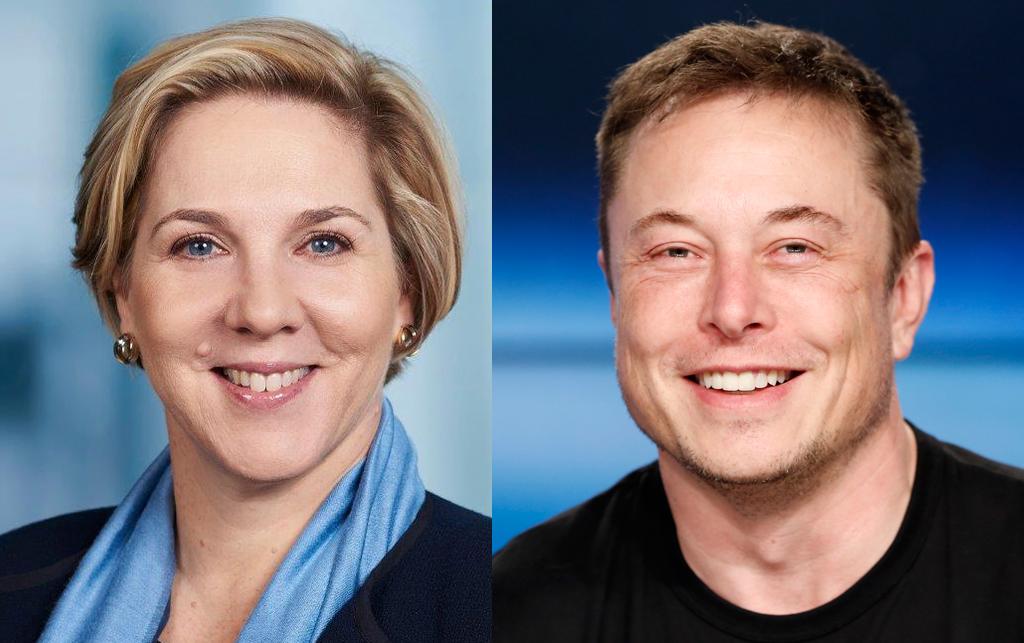 According to The Australian newspaper, Denholm said the only things that really disappoint her are rudeness and waste.

“Politeness costs you absolutely nothing. It doesn’t matter whether you are the most senior person in the room, or the most junior,” she told the paper in an interview a few years ago.