NEW YORK (Reuters) – An index of world stocks rose on Monday, adding to Friday’s strong gains, on optimism about the outcome of trade talks between Washington and Beijing. 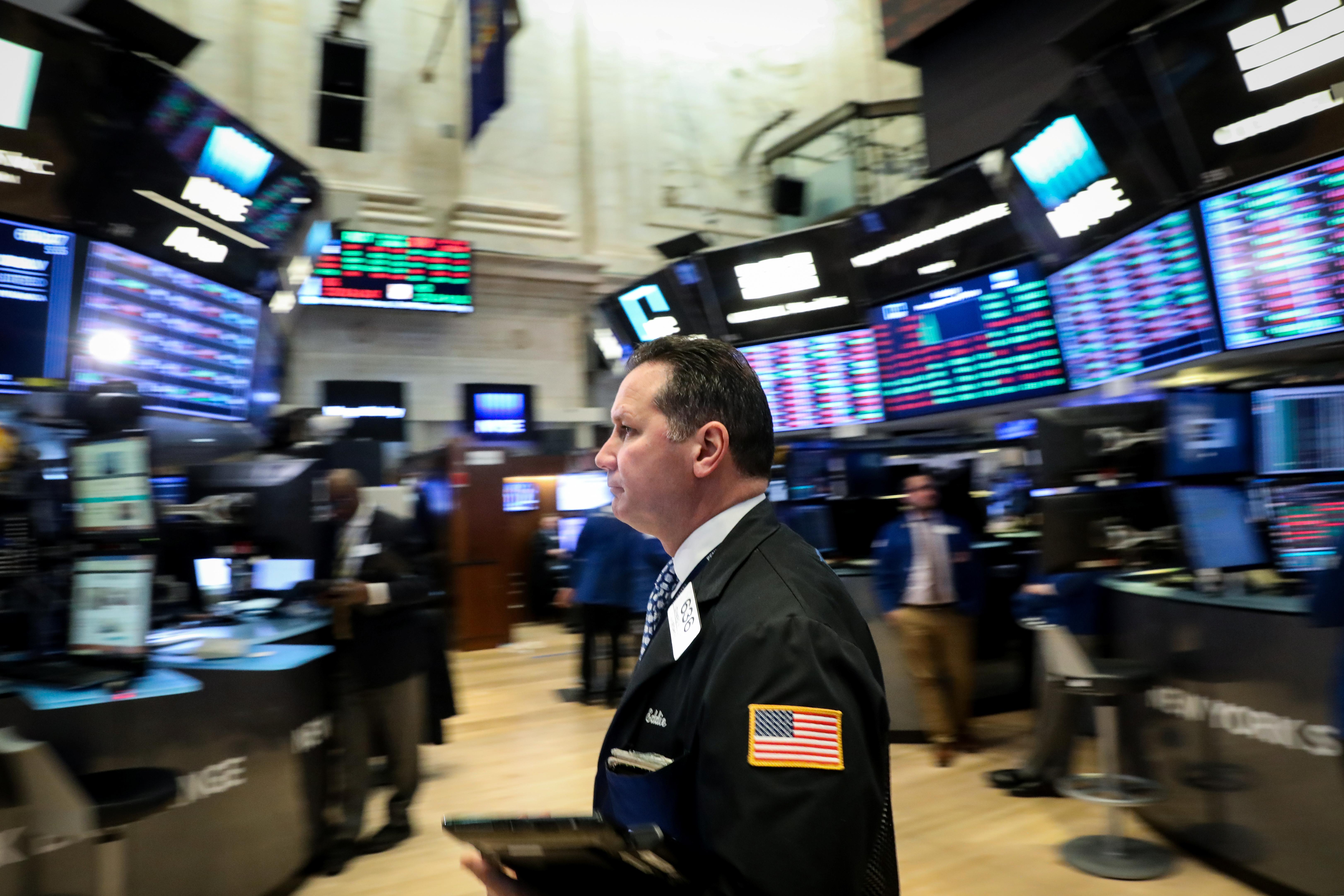 Growing bets the Federal Reserve will halt its multi-year rate-hike cycle sent the dollar lower across the board, while rising equity markets and support from OPEC production cuts helped lift oil prices.

The resumption of U.S.-China trade talks helped eased concerns On Wall Street about the fallout from an extended trade war between the world’s two largest economies. Technology and consumer discretionary shares led gains.

U.S. officials are meeting their counterparts in Beijing this week for the first face-to-face talks since U.S. President Donald Trump and Chinese President Xi Jinping agreed in December to a 90-day truce in a trade war that has roiled global markets.

U.S. Commerce Secretary Wilbur Ross predicted on Monday that Beijing and Washington could reach a trade deal that “we can live with.”

“The main thing is the administration’s implied progress on talks with China. That’s something that the market sees as very important,” said Rick Meckler, partner at Cherry Lane Investments in New Vernon, New Jersey.

The gains extended Friday’s rise following robust U.S. employment data and a message from the Federal Reserve that it would be patient and flexible in policy decisions this year.

On Friday, Fed Chairman Jerome Powell told the American Economic Association that the U.S. central bank is not on a preset path of interest rate hikes and that it will be sensitive to the downside risks markets are pricing in.

European shares edged lower on Monday amid lingering worries about the euro zone economy and Brexit. The pan-European STOXX 600 finished down 0.15 percent.

In currency markets, the dollar index .DXY, which tracks the greenback versus the euro, yen, sterling and three other currencies, was down 0.49 percent at 95.709 amid the diminished expectations for further U.S. rate hikes.

“This is just the re-pricing of U.S. rate hikes going forward. That has been the story for a couple of weeks,” said John Doyle, director of markets at Tempus Inc in Washington.

Interest rate futures traders are now pricing in a chance of a small rate cut this year, while the Fed has indicated that two rate hikes are likely.

Gold rose and palladium hit a record high as the weaker dollar spurred demand for the metals from holders of other currencies. Spot gold XAU= was up 0.3 percent at $1,288.7 per ounce.

U.S. Treasury prices fell on Monday, extending losses from Friday, as investors evaluated the likelihood of further Federal Reserve rate hikes this year and as the United States and China resumed trade talks.