(Reuters) – U.S. stock index futures were little changed on Monday after Wall Street’s biggest one-day surge in the new year on Friday, as focus shifted to the latest round of trade talks between the United States and China. 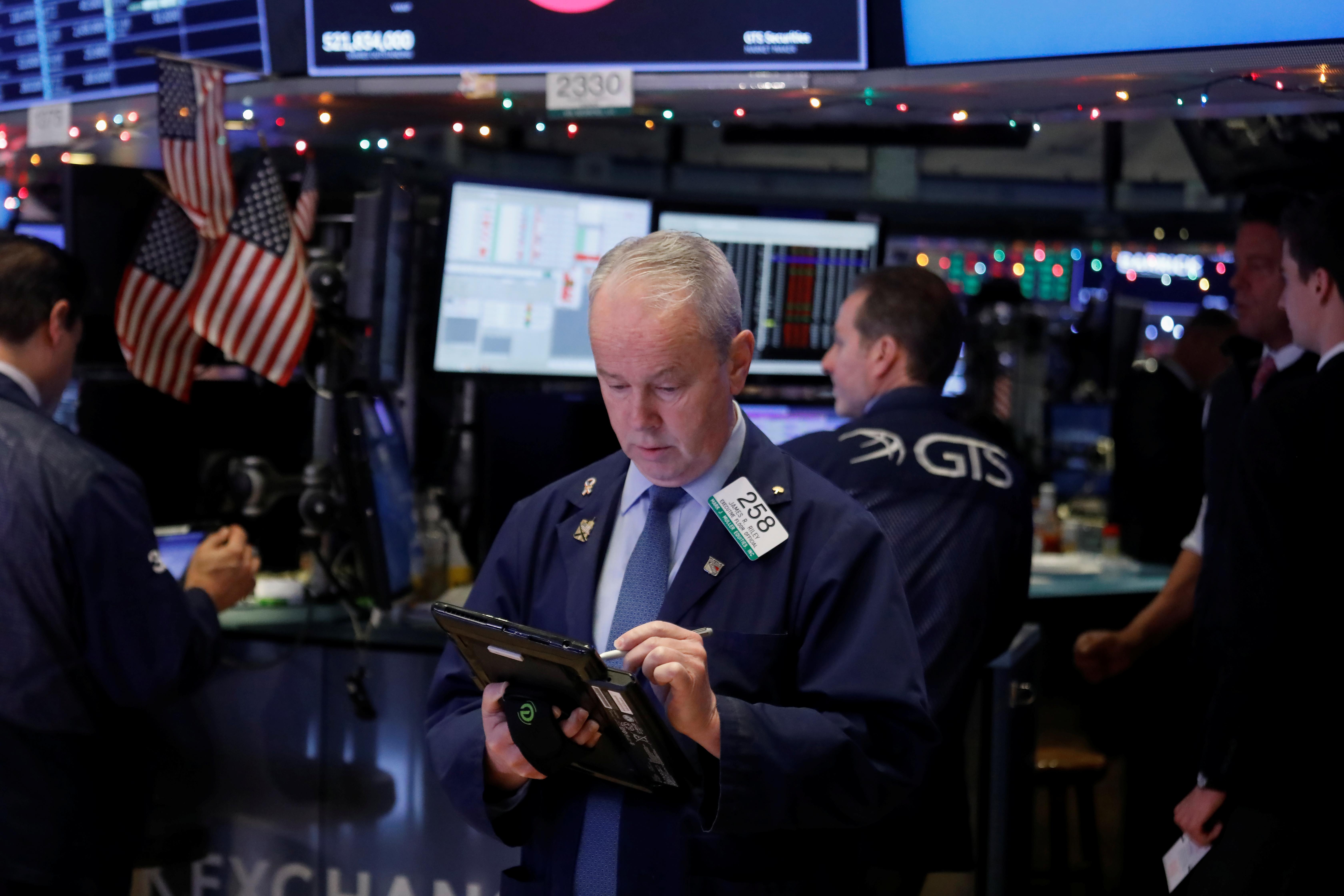 The world’s two biggest economies kicked off talks in Beijing on Monday, the first face-to-face meeting since U.S. President Donald Trump and China’s President Xi Jinping in December agreed to a 90-day truce in the trade war to help strike a deal.

After ominous signs the trade war was taking a toll on U.S. growth, including Apple Inc’s (AAPL.O) sales warning and weak factory activity data, investors are worried that corporate profits could take a bigger hit than anticipated.

Trump said on Sunday that trade talks with China were going very well and that weakness in the Chinese economy gave Beijing a reason to work toward a deal.

A report from the Institute of Supply Management, due at 10:00 a.m. ET, is expected to show that its index of services sector activity fell to a reading of 59.0 in December from 60.7 in the previous month.

The report comes on the heels of ISM’s manufacturing index posting its largest drop since the financial crisis in 2008, suggesting that slowing growth in China and Europe could be spilling over into the United States.

Wall Street’s main indexes rallied more than 3 percent on Friday after a strong U.S. jobs data and comments from Federal Reserve Chair Jerome Powell that the central bank would be patient and flexible with its monetary policy.

PG&E Corp shares (PCG.N) slumped 18.6 percent after Reuters reported that the California utility company was exploring filing some or all of its business for bankruptcy protection as it faces billions of dollars in liabilities related to fatal wildfires in 2018 and 2017.