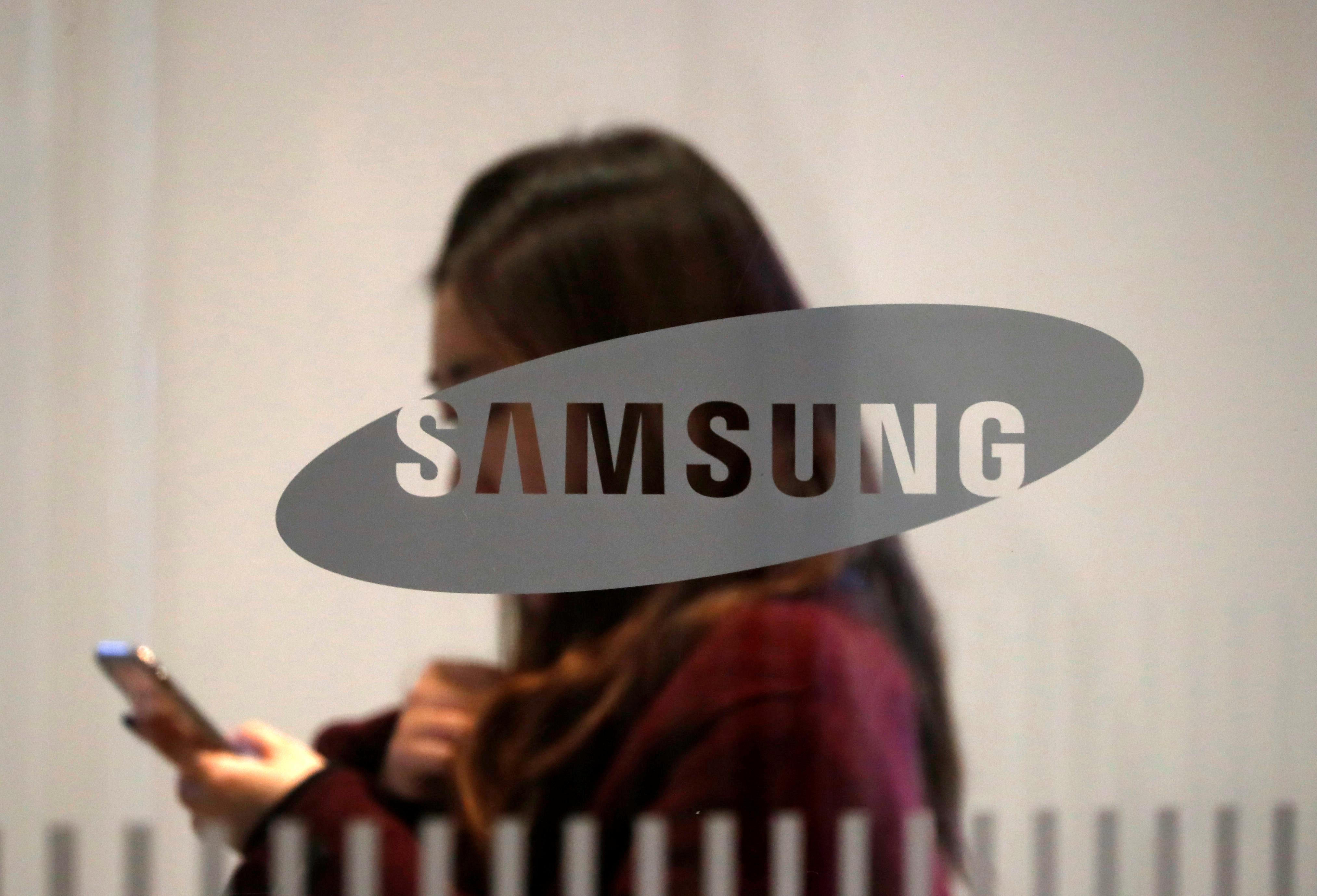 The South Korean firm also said profit would remain subdued in the first quarter due to difficult conditions in memory chips, but that the market is likely to improve in the second half of the year as customers release new smartphones.

Weaker earnings at the world’s biggest maker of smartphones and semiconductors adds to worries for investors already on edge after Apple Inc last week took the rare move of cutting its quarterly sales forecast, citing poor iPhone sales in China.

China boasts the world’s biggest smartphone market, but a slowing economy, exacerbated by a trade war with the United States, has seen demand for gadgets drop across the tech sector. Growing support for domestic champions has also impacted foreign brands, with Samsung’s market share falling to 0.9 percent from a high of 18.2 percent in 2013.

Still, the South Korean firm’s chips power the handsets of most major makers, including Apple and China’s market leader Huawei Technologies Co Ltd [HWT.UL]. Its memory and processor chips account for over three-quarters of overall profit and about 38 percent of sales.

Samsung routinely releases estimated earnings figures before posting detailed results and elaboration toward the end of the month. For the just-ended quarter, however, it issued its first commentary since late 2014, when mobile phone profit dropped.

Data center demand – mostly from the United States – currently accounts for as much as nearly 30 percent of demand for Samsung’s DRAM chips compared with 5 percent five years ago, said analyst Kim Yang-jae at KTB Investment & Securities.

On the whole, analysts expect Samsung’s profit to decline through 2019, with a slowing Chinese economy eroding demand.

DRAMeXchange expects memory chip prices to fall 10 percent on an average in the first quarter of 2019.

Samsung also said a “stagnant and fiercely competitive smartphone market” pressured income and that the firm would continue to innovate its product line such as with foldable handsets and models capable of fifth-generation (5G) networking.

“If Apple’s not selling, then is it Samsung that’s selling well? It is not. The smartphone market is already saturated,” said senior analyst Greg Roh at Hyundai Motor Securities.

“Apple’s iPhones have not been selling well in China… That’s even worse for Samsung because that would drag its chip prices down,” Roh said, referring to Apple as a Samsung chip client.

Later on Tuesday, domestic peer LG Electronics Inc also flagged a drop in quarterly profit, with analysts pointing to increased marketing spending on smartphones as well as worse-than-expected sales of home appliances such as refrigerators in regions including China. 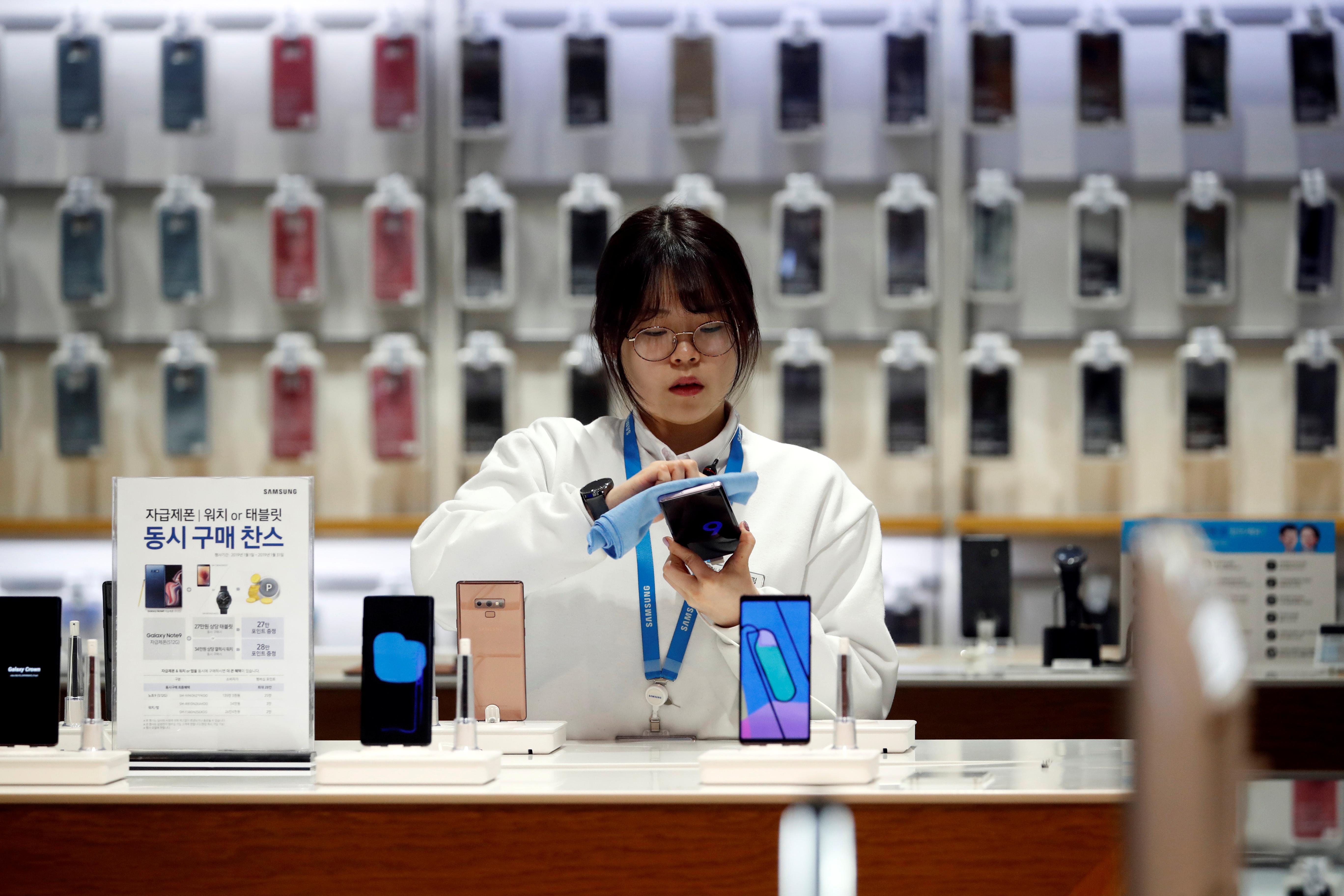 Shares of LG closed down 3.6 percent whereas those of Samsung closed down 1.7 percent. The benchmark Kospi index ended down 0.6 percent.

Last year, Samsung shares lost 24 percent and LG fell 41 percent amid a global tech selloff prompted by investor fears over the impact on supply chains of the Sino-U.S. trade war. The tech-heavy Nasdaq Composite index has fallen 16 percent since setting a record high on Aug. 30.

(For an interactive graphic on memory chip prices, click tmsnrt.rs/2GYDer8)