SYDNEY (Reuters) – Global markets were on edge on Friday as dire U.S. economic data slammed Wall Street and pushed investors to bet the Federal Reserve could reverse its policy tightening before the end of this year.

U.S. stock futures slipped in early Asian trade with E-Minis for the S&P 500 ESc1 off 0.3 percent.

Fears the Sino-U.S. trade battle would drag down world growth roiled risk-sensitive assets in 2018, driving a surge in volatility and sending major stock markets deep into the red.

Those worries found some basis this week with Thursday’s disappointing survey data from the Institute for Supply Management (ISM) showing U.S. factory activity slowed more than expected in December.

That followed Apple Inc’s (AAPL.O) announcement on Wednesday that it had cut its revenue forecast for the first time in nearly 12 years, blaming weaker iPhone sales in China. Its shares crashed nearly 10 percent overnight.

The dismal ISM report drove investors to the safety of bonds. Yields on the two-year Treasuries US2YT=RR sank below 2.4 percent to reach parity with the federal funds effective rate for the first time since 2008.

Three- and five-year yields were even lower, an inversion that has sometimes heralded recessions in the past. Yields on 10-year benchmark paper US10YT=RR dropped to 2.55 percent, a staggering turnaround from the highs of 3.25 percent seen as recently as November.

The falls kept the dollar on the defensive. The greenback plumbed a more than nine-month low of 105.25 against the safe-haven yen on Thursday JPY=D3, driven by technical factors amid thin holiday trade.

It has fallen more than 2 percent so far this week, the biggest weekly loss since last February, and was last at 107.675. 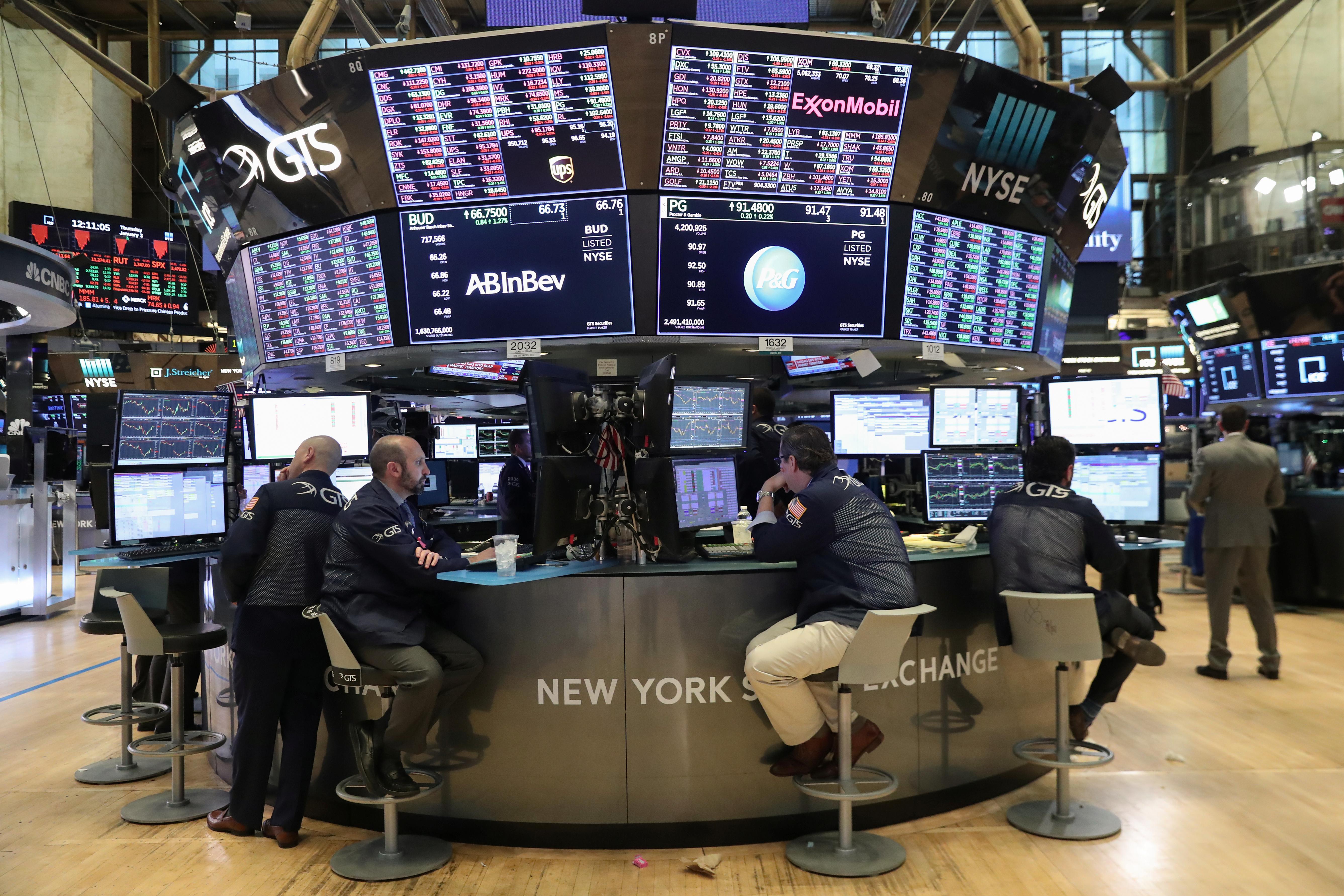 “The ISM manufacturing index tumbled more than five points. A drop of this magnitude has only been seen four times since 1980, three of which the economy was in the midst of recession,” said Michelle Girard, U.S. economist at RBS.

“The ISM has a long track-record and big moves often prove to be meaningful. The December drop therefore gives pause, even to us economic optimists,” Girard added.

Investors had expected the Fed to stay on its tightening path after three hikes last year, but the ongoing trade war and recent disappointing corporate earnings have put those expectations to rest.

The December Fed funds contract <0#FF:> imply a cash rate of 2.23 percent, below the current 2.25-2.50 percent and expectations of 3 percent just a couple of months ago. FEDWATCH

“Markets have sharply re-priced the outlook for the Fed…with a rate cut 50 percent priced by December 2019 and fully priced by April 2020,” said Tapas Strickland, markets strategist for National Australia Bank.

“Whether this pessimism continues for the rest of 2019 will largely depend on whether there is a near-term resolution to the trade war,” Strickland added.

MSCI’s gauge of stocks across the globe .MIWD00000PUS shed 1.4 percent on Thursday.