LONDON (Reuters) – The dollar surged to nearly 17-month highs on Monday against a basket of major currencies as investors sought out the liquid and high-yielding asset against a backdrop of global growth worries and rising political risk in Italy and Britain. 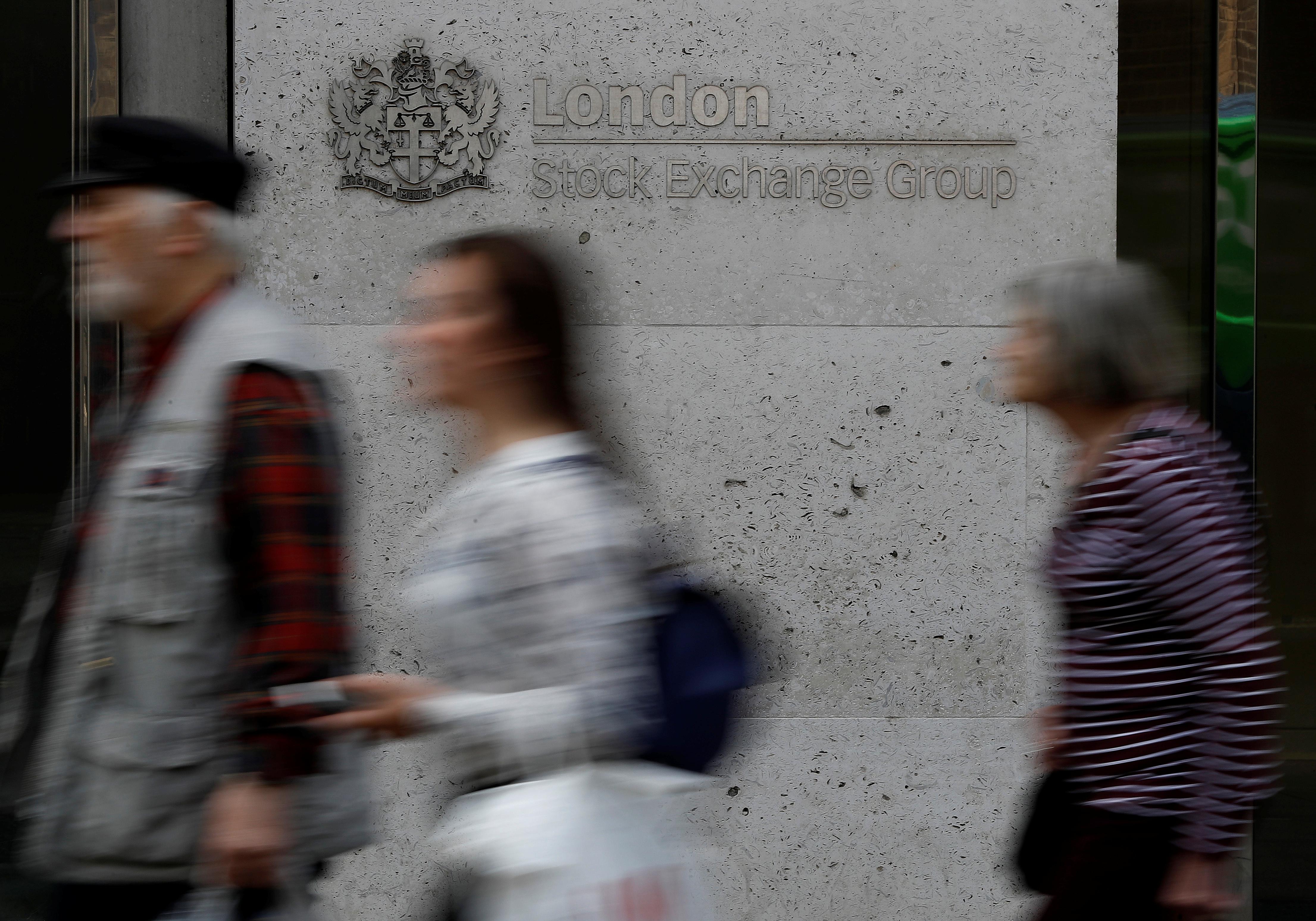 World stocks fell 0.3 percent for a third straight day in the red, receiving no respite from a rise in oil prices, while initial European equity gains fizzled amid growing fears for Italian lender Carige whose shares were suspended after reports of a capital hole.

Investors are fretting about signs of slowing growth worldwide but especially in China where e-commerce giant Alibaba was the latest to raise alarm bells, with the slowest ever annual sales growth during its Singles Day shopping event.

Many also reckon that U.S. President Donald Trump could turn up the heat over trade, further damaging China’s economy.

All that, coupled with European political risks, conspired to push the dollar 0.5 percent higher against a basket of currencies by 1230 GMT.

“Euro and pound are both hurt by political risk and that is aggravating underperformance versus the dollar,” Marinov said.

Sterling lost more than one percent at one point, holding near a 10-day low hit earlier, while the euro, comprising more than 50 percent of the dollar index, fell 0.7 percent to its lowest since July 2017.

British Prime Minister Theresa May’s Brexit strategy came under attack from all sides, increasing the risk that her plan for leaving the European Union will be voted down by parliament, thrusting the United Kingdom toward a potentially chaotic “no-deal” Brexit.

The opposition Labour Party said that if May’s Brexit deal was voted down in parliament, it would push for a national election and possibly also another referendum.

Deutsche Bank analysts, however, predicted more pain, telling clients: “not enough risk is priced into sterling given the parliamentary problems ahead”.

In the euro zone, Italy faces a Tuesday deadline to submit a revised budget to the EU, but its refusal so far to cut the draft deficit sets the stage for a collision with Brussels.

Markets were also spooked by reports that Banca Carige would need around 400 million euros ($451 million) to plug a hole in its capital base and Italy’s deposit protection fund could fill only part of it.

That raises the specter of a banking crisis in the euro zone’s third-biggest economy, lifting Italy’s bond yield spread over Germany – the risk premium attached to Italian assets – back above the psychologically key 300 basis-point mark. Italian bank shares fell 1.2 percent.

Bernd Berg, global macro strategist at Woodman Asset Management, predicted the euro would tumble below $1.10 from the current $1.126 “as renewed eurozone and Brexit angst and a diverging economic outlook with a strong U.S. economy versus a weakening eurozone economy will trigger further euro selling pressure.”

All of this has been good news for dollar bulls, who have benefited from safe-haven flows. Speculators’ net long dollar positions rose last week to the highest since January 2016, calculations by Reuters and Commodity Futures Trading Commission, show.

The other big move was in commodities, where Saudi Arabia’s energy minister jolted Brent crude futures around 2 percent higher with comments that Riyadh could reduce supply to world markets by 500,000 barrels per day in December, a global reduction of about 0.5 percent.

Brent is trading around $71.4 per dollar, off seven-month lows touched last week.

But slowing world growth could make supply cuts a temporary solution to falling oil prices. Two of the world’s biggest economies – Germany and Japan – are expected to report a contraction in output in coming days.