SHANGHAI (Reuters) – Scores of Chinese brokers and banks are struggling under the weight of hundreds of billions of dollars worth of loans to companies using their own plummeting shares as collateral. 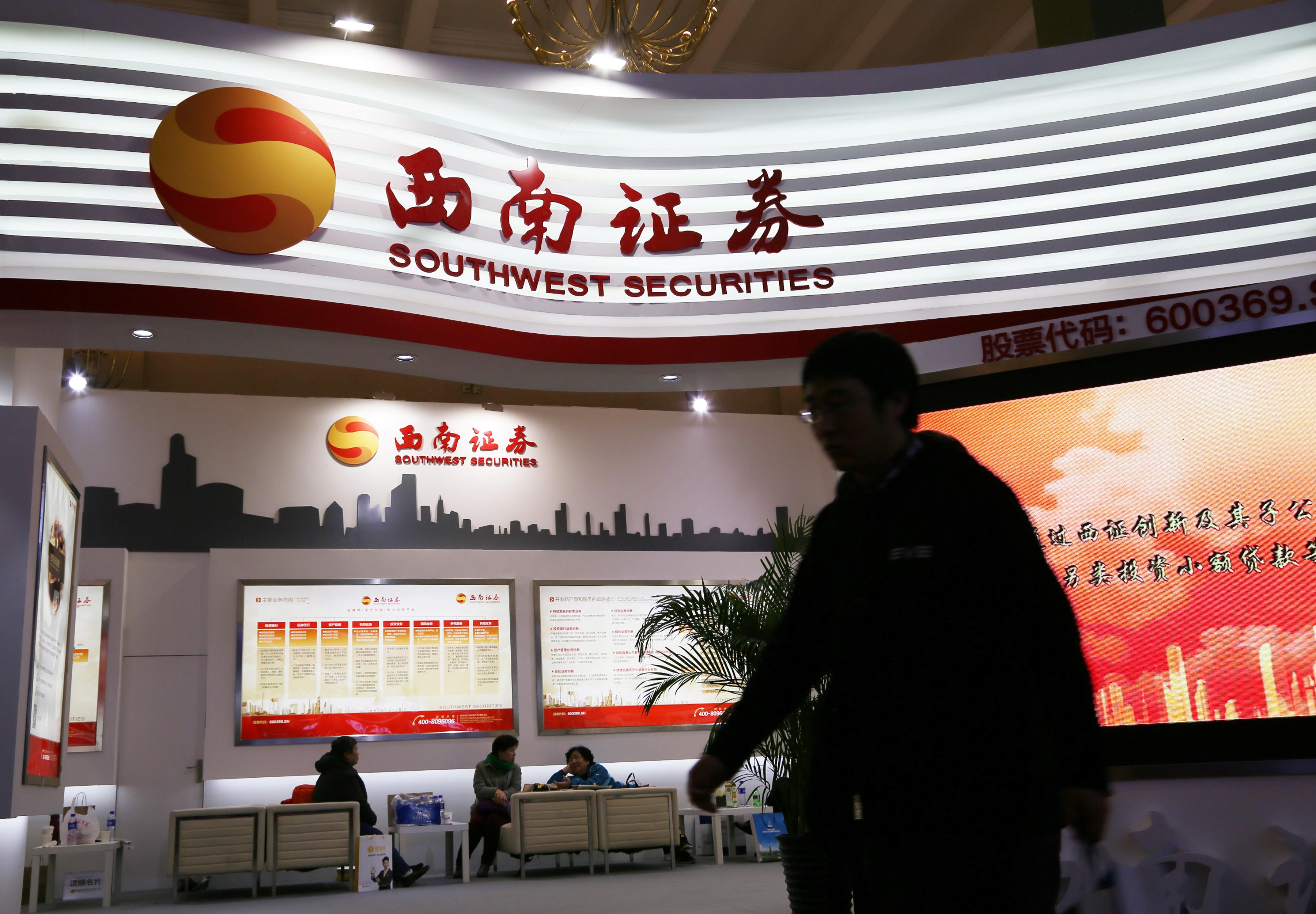 Southwest Securities, a Chinese securities broker based in Chongqing, said last month in its quarterly earnings report it had to set aside the equivalent of 80 percent of its profits through September to provide for likely losses because of such loans.

Southwest and its peers are caught in the slow-motion collapse in China of pledged share financing, in which companies’ major shareholders provide shares as collateral for loans. The practice boomed last year amid a crackdown on shadow banking, but now, as share prices collapse and collateral withers, creditors are suffering.

About $620 billion worth of traded Chinese shares, or 10 percent of total market capitalization, has been pledged, mostly by small and medium-sized companies, which have been hit hardest by a slowing economy and the Sino-U.S. trade war.

As key stock indexes fell 20 percent this year, Chinese authorities urged brokers not to unload shares held as collateral. Listed companies were told not to suspend trading of their stock.

Although authorities are pushing local governments, brokerages, insurers and fund houses to inject cash into listed companies, the losses could deepen.

“If you want to put out a fire, you should separate the burning barns from the rest,” said Yuan Yuwei, a partner and portfolio manager at Water Wisdom Asset Management.

During the first nine months of 2018, China’s 32 listed brokerages set aside funds for credit losses of more than $1 billion, double that of the previous year, according to their quarterly reports. As defaults rose in loans backed by pledged shares, listed brokerages reported a 50 percent slump in third-quarter profit.

Yuan is worried that government pressure is only creating more risk.

“Now, the government is connecting all the barns,” Yuan said. “If risks spread further into the financial system, a match box could morph into an atomic bomb.”

The crisis has brought Pang Da Automobile Trade Co (601258.SS), a car dealer once dubbed China’s “King of Dealerships,” to its knees.

As Pang Da’s shares fell 40 percent and lenders called for more collateral, its founder and biggest shareholder, Pang Qinghua, had to pledge his entire 20 percent stake.

He borrowed from China Minsheng Banking Corp (600016.SS) and Bank of Communications (601328.SS), among others, according to regulatory filings.

Pang Da once prided itself on distributing more than 70 auto brands – the most in China. But now it is selling dealerships.

The group, which has more than 1,000 outlets across China and employs about 30,000 workers, sold five Mercedes-Benz dealerships in May to a rival, and in August sold another nine that distribute brands including Lexus, Subaru and Volkswagen.

This month, a court froze Pang’s stake in the cash-strapped company in a funding dispute.

“Each and every day, we’re discussing how we can overcome the current crisis,” Pang, also a vice president of the China Automobile Dealers Association (CADA), said in a rare public acknowledgement of the company’s woes published by CADA last month. 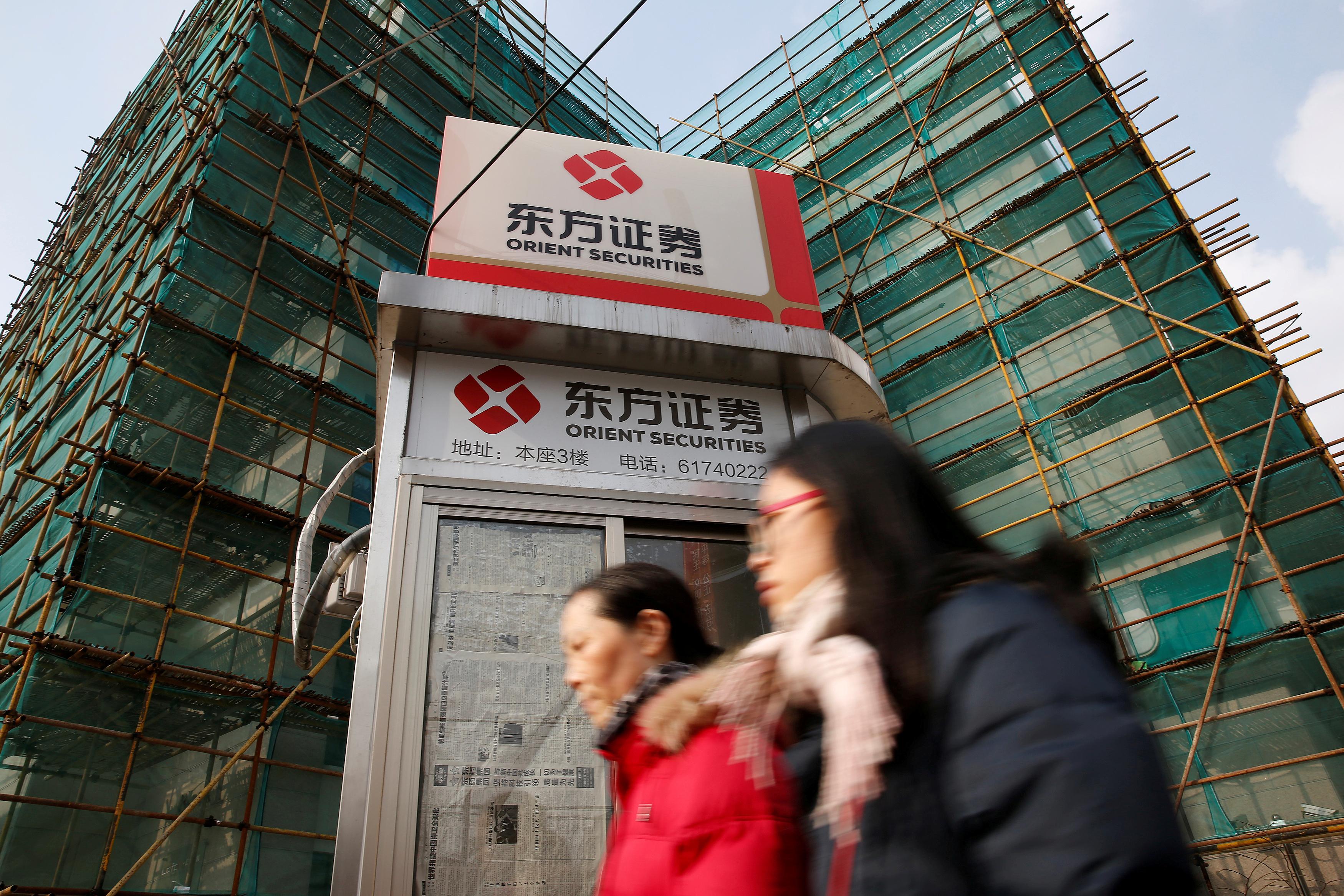 A Pang Da executive, who declined to be identified because of the sensitivity of the matter, said regulators had recently told creditors not to seek repayment to help the dealership wade through the crisis.

That is in line with government calls for financial institutions to tolerate more risks when a private borrower runs into temporary funding trouble.

Han Changming, founder of a rival auto dealer based in southern Fujian Province, put it more bluntly: “Winter is ahead. I think it (Pang Da) is taking its last breath.”

Banks, which account for an estimated 70 percent of pledged share financing, haven’t spelled out loss provisions for that side of the business, which represents a much smaller portion of their overall lending.

Answering calls from China’s top leaders, mainland brokerages, insurers and local governments have over the past few weeks committed more than 500 billion yuan to “relief funds” to ease pledged share risks by buying stock in companies facing margin calls. And the list of such programs, framed as market-oriented, keeps growing.

“The risk is delayed, but not defused. Because the shares that are underwater are still on brokers’ balance sheets,” said Hong Hao, chief strategist at BOCOM International.

According to UBS Securities, earnings for companies listed on Shenzhen’s SME board and ChiNext – home to roughly half of pledged shares – declined by 2.8 percent, and 11.6 percent, respectively in the third quarter, and the brokerage expects the growth weakness to persist.

“The risk stems from share price volatility that can cause a margin call, and a potential forced liquidation,” said Alexious Lee, strategist at CLSA.

Using the start-up board ChiNext to illustrate such risks, he estimates that if the index falls below 1,200 points, about 10 percent off the current level, a fresh wave of 1.5 trillion yuan worth of pledged shares could trigger calls for their companies to provide more collateral.

Markets have stabilized this month, but Yang Xiaofan, general manager at Wendaotianxia Investment Co, a hedge fund manager, said it’s too early to declare the crisis over.

“The pledged share ‘death spiral’ is a long-term process that will keep squeezing cash flow of listed firms’ major shareholders,” he said. “And many over-pledged, cash-strapped small-caps are already toxic assets.”

Developer Zhonghong Holdings (000979.SZ), one-fifth of whose stock is pledged against loans, was delisted by the Shenzhen Stock Exchange after its shares traded below face value for more than 20 consecutive days.

That sent the value of its pledged shares to near zero, hurting creditors, who must write off their loans to Zhonghong as losses.

CLSA estimates that another 60 to 100 Chinese stocks are in danger of being delisted.

Wang Qian, banking professor at Tongji University and a chartered financial risk manager, warned that if money is thrown at struggling companies whose shares are still expensive, risk could metastasize.

“If you look at the current scale and seriousness of the pledged share issue, plus the backdrop of the trade war … you cannot rule out the possibility of systemic financial risk,” Wang said.