The Co-op Group will risk igniting a reputational row on Thursday when it announces that it will not repay all of the government funding it received during the pandemic – despite its 2500 food stores remaining open throughout.

Sky News has learnt that Britain’s biggest mutual will commit to a partial repayment of state support alongside its annual results, following weeks of talks between board members.

Sources said the Co-op’s board had eventually reached a unanimous decision on the issue despite opposing views about whether approximately £80m of business rates relief and furlough funding should be repaid in full.

The precise sum that will be repaid was unclear on Wednesday night.

Some directors of the groceries-to-funeral-care provider – headed by chairman Allan Leighton – are understood to have felt that any retention of government money risked undermining its ethical reputation.

By refusing to return all of the state funds, the Co-op, which proclaims a belief that “principles [are[ more valuable than profits”, will join the likes of rival supermarket chain Iceland and Penguin Random House, the book publisher in retaining public money handed to it during the coronavirus crisis.

One retail industry insider said that not repaying all of the money was “an unsustainable position” for an organisation like the Co-op. 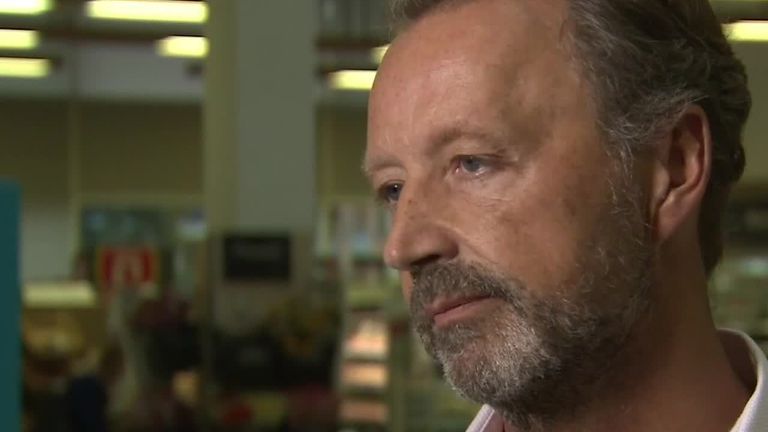 It was also unclear whether the mutual’s top executives, led by the CEO Steve Murrells, had been awarded bonuses for the last financial year, with those decisions not expected to be disclosed until the publication of its annual report.

Nearly all of the Co-op’s publicly listed rival supermarket chains have repaid substantial sums they obtained in business rates relief in recent months after Tesco became the first big grocer to do so late last year.

Last month, five of the UK’s biggest food retailers – Aldi, Asda, J Sainsbury, Tesco and Wm Morrison – said they would refuse a further windfall from the Treasury after the chancellor, Rishi Sunak, extended a rates holiday until June.

Iceland has insisted it is justified in retaining the money it received from the government.

Britain’s other prominent retail mutual, the John Lewis Partnership, which owns Waitrose, has also said it would retain £190m of state support.

Dame Sharon White, the partnership’s chairman, said that money had helped it avoid a more severe restructuring, pointing to an annual loss that exceeded £500m.

Co-op members and staff are expected to carefully scrutinise the board’s explanation of how it arrived at the repayment calculation.

One option for the Co-op has been to repay the proportion of the money it received related to its food retailing business.

The mutual’s funeral-care arm has suffered a significant financial hit during the COVID-19 crisis.

An internal debate about whether to repay the money has been further amplified by the fact that the Co-op received a sizeable windfall from the sale of its insurance arm and has invested millions of pounds in sponsoring a new entertainment arena in Manchester in the last 18 months.

The Co-op has said the arena project will create more than 4000 jobs in total, and boost the local economy by more than £1.5bn over the next 20 years.

People close to the Co-op have pointed to a public pledge to paying the National Living Wage from this year as evidence of its commitment to doing the right thing. 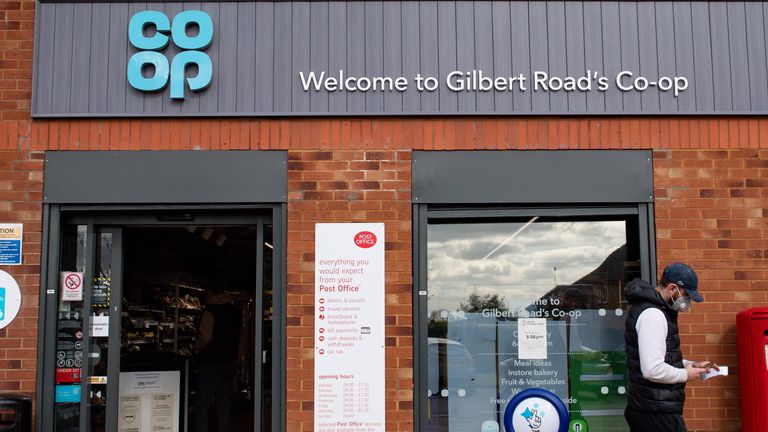 The Co-op was also unlike many of its supermarket counterparts because it had not paid a dividend to its members for many years as it sought to rebuild its balance sheet in the wake of the crisis that brought it to the brink of collapse seven years ago, they have said.

A Co-op spokesperson declined to comment on the repayment decision.

Late last year, the mutual told Sky News: “The Co-op response to helping to feed and care for the nation during COVID has been outstanding, and we are immensely proud of what our colleagues have achieved.

“We’ve clearly put the interests of people before profits and the extra costs for keeping our colleagues and customers safe have far outweighed the government support we’ve received, in respect of business rates and furlough payments.