On good days, it’s a concert hall, a news source or a way to entertain the kids. On bad ones, it’s a cranked-to-11 therapy session to the loudest tracks on your Spotify playlist.

Factory audio systems in cars were once, at best, an AM-FM radio with a cassette player and a couple of speakers crammed into leftover dashboard space. A turning point came in 1982, when Bose tuned a system to the acoustics inside a 1983 Cadillac Seville. This audio revolution heard around the world featured four speakers. Four.

Today, solid midpriced systems pack a dozen. The best are so immersive, your next automobile decision might come down to how well the car stereo rocks your favorite Alabama Shakes song.

Chances are a team larger than the Count Basie Orchestra designed the stereo in your car. “It’s definitely a challenge to put a good sound system into a vehicle,” said Chris Ludwig, vice president of Harman Lifestyle Automotive, whose audio and infotainment systems are in tens of millions of cars.

“We sit down with the manufacturer and find out if the target is best-in-class or affordability, then go forward,” Mr. Ludwig said. “And it’s not just cost and sound quality. It’s about dimensions, aesthetics and weight. Automakers want to shave off every gram.”

To grasp the heroics of your car’s system, consider the home setup. Traditionally good ones have an amp, a tuner, a CD player and a turntable for vinyl aficionados. Decent speakers can be two feet high with heavy ferrite magnet drivers hidden by gossamer cloth grilles. My living room system with a subwoofer satellite speaker setup weighs 45 pounds. It remains dry and temperature-controlled (unless my furnace conks out again). Other than an earthquake and the bass produced by “Another One Bites the Dust,” it has seen no vibration.

Ultimately, systems need to be light and small but big on entertainment. The average sound system weighs under 10 pounds, Mr. Ludwig said, with “the ones in hybrids and electric cars weighing around five pounds.” 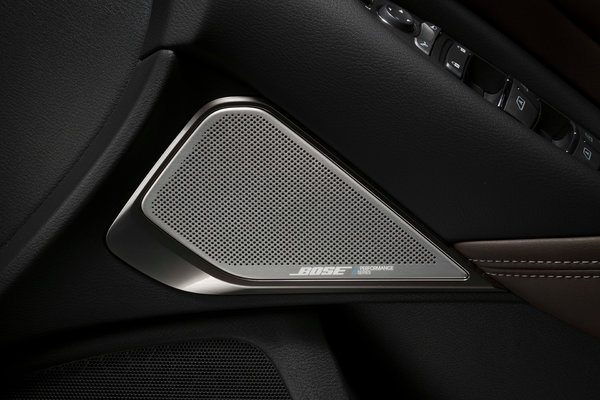 Even the most luxurious car cabin is a torture chamber for sound systems. John Pelliccio, head of product communications at Bose, said its components “are subjected to ‘salt fog’ to ensure they won’t corrode in coastal regions and Northern areas where salt is used to keep streets ice free.”

The testing is just getting started. “We have temperature chambers that rapidly cycle between minus-40 and 176 degrees Fahrenheit to ensure solder joints don’t fail during extreme temperature swings when heating frozen interiors in Alaskan winters or cooling them in Arizona heat,” Mr. Pelliccio said. “They must be fairly waterproof, too — door speakers get rained and splashed on.”

Anything audio companies can do to make installation easier on the assembly line saves money, too; Bose devised a “one screw” method to securely install speakers. And poor-quality components mean the expense of warranty replacement. Mr. Pelliccio claims a failure rate of three parts per million, and said Bose’s total annual defective components fit in a wheelbarrow.

While the carmakers and the audio teams must battle over environment, budget, weight and space, owners simply want their vehicle to sound as if Ariana Grande were riding shotgun.

Typically, an automotive sound system is the best one people own. Audio engineers look at the car cabin both as a wonderfully controlled space to acoustically tune and a nightmare of reflective surfaces, absorptive materials and constantly changing exterior sounds that obliterate fidelity.

“The driver sits to one side with one ear six inches away from reflective glass, while the other is left open against upholstery,” Mr. Ziemba said. “And every vehicle is different, so they have to be tuned accordingly.”

Because of psychoacoustics, ears don’t easily locate the sources of bass frequencies, so subwoofers can be tucked into the cargo area. The rear seat-back material can act as a filter to eliminate distortion. Cloth seats absorb treble. Leather reflects it.

Some cars, like Honda’s Pilot, offer a choice of upholstery. While developing the electronics for the Pilot, Mr. Ziemba’s team produced two software profiles to optimize the sound for each cabin. On Honda’s assembly line, the units are coded for fabric or cowhide.

At Acura, the sound profile for the standard MDX and RDX is different from the hybrid versions, since the hybrid powertrain, heavier and stiffer, changes the interior’s tonal quality.

Mr. Ziemba and Elliot Scheiner, a Grammy-winning producer, teamed up 17 years ago to improve audiophile systems. Mr. Scheiner, who has produced albums for Steely Dan, Sting and Foo Fighters, grew frustrated after listening to studio mixes in automobiles.

The latest system to bear his initials, the ELS Studio 3D available in the 2019 Acura RDX crossover, uses slim roof-mounted drivers to anchor vocals, bass, drums, brass and guitar to a sound field that’s not just left and right but front, side and rear. It’s so precisely tuned there’s a separate version of the software for RDXs with a “head up” instrument display to compensate for the windshield coating and dashboard projector.

The ELS Studio 3D, along with the 34-speaker Bose Panaray in Cadillac’s CT6 and the Bang & Olufsen 3D Advanced Sound System in Audi’s Q7, has caused me to linger in the driveway for hours. The optional Mark Levinson Reference Surround audio in a Lexus LC sounds like a $100,000 home system. The whole car costs $4,000 less than that.

Automakers provide audio companies preproduction interior prototypes to tune the sound. The grille material and hole pattern make a difference: Metal is more acoustically transparent than plastic. Designers in both camps haggle over placement and aesthetics. In the past, automakers preferred resin grilles because they can blend into the interior. Aluminum with laser-drilled holes is becoming more popular. The metal confers a status symbol appearance.

It’s not simply branding. Engineers strive to recreate a company’s signature sound in the automobile.

“The Bose sound is something our customers actively want, and we deliver the same quality whether it’s home, headphone or car audio,” Mr. Pelliccio said.

The systems go beyond music. Think of all the warning tones and navigation alerts chirping through the speakers. Most systems are smart enough to ramp the music volume down while delivering some messages. (Usually during the song’s best part, right?) Multiple source inputs and Bluetooth support are essential.

Some systems even work like noise-cancellation headphones, on a bigger scale. Microphones sample the road noise and then pump a reverse waveform into the cabin. That helps eliminate heavy sound insulation, adding to fuel efficiency.

To give small modern turbocharged engines a large pleasing throat, similar electronics reduce dissonant drivetrain notes and augment pleasing major tones through the speakers. All this happens while you endure another NPR pledge drive.