SYDNEY (Reuters) – Asian shares pared losses on Tuesday as hopes for a de-escalation of the Sino-U.S. tariff war drew support from reports that China’s top trade negotiator was preparing to visit the United States ahead of a meeting between the two countries’ leaders. 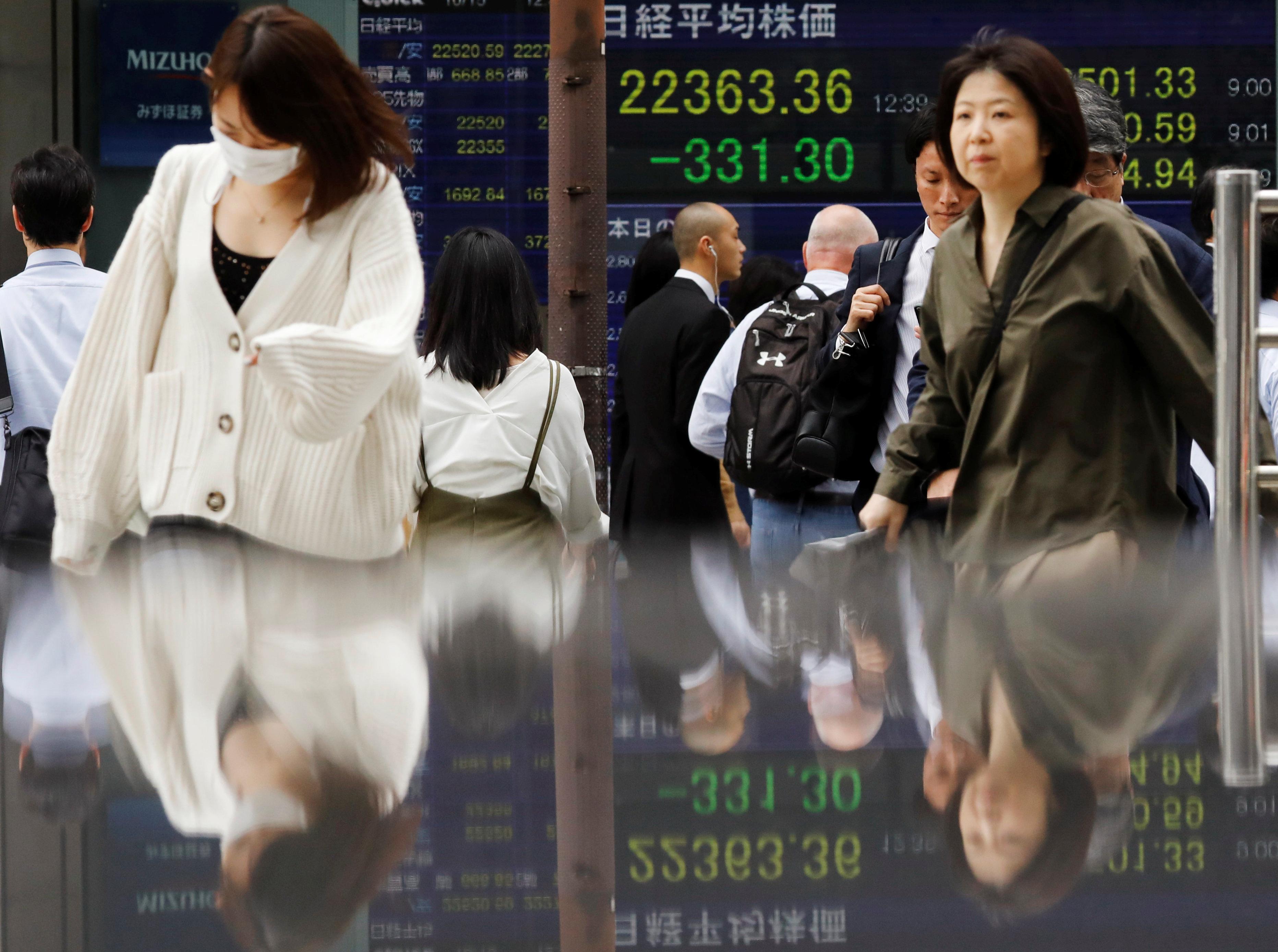 The South China Morning Post reported, citing sources from both sides, that Liu He may visit Washington as part of the preparations for the talks between U.S. President Donald Trump and his Chinese counterpart Xi Jinping on the sidelines of the G20 summit in Argentina later this month.

“This news is being perceived as a positive outcome,” said Rodrigo Catril, markets strategist at National Australia Bank. “So, we have seen a broad improvement in sentiment across markets.”

“This is good news but there is still some caution. We obviously need more detail on it. This should also be taken in the context of new retaliatory measures that the U.S. is considering against China.”

Earlier, the Wall Street Journal reported, citing sources, the Trump administration is broadening its China trade battle beyond tariffs with a plan to use export controls, indictments and other tools to counter the theft of intellectual property.

The Australian dollar AUD=D4 which is often played as a liquid proxy to China, jumped 0.6 percent to $0.7214 in late afternoon trading.

Chinese shares reversed earlier losses to be in the positive territory. The blue-chip index .CSI300 was last up 0.1 percent.

That helped lift MSCI’s broadest index of Asia-Pacific shares outside Japan .MIAPJ0000PUS off the day’s low. It was still down 0.5 percent after skidding 1.7 percent at one point.

Fears of a likely peak in corporate earnings growth, softening global demand and faster rate hikes in the United States have put global investors on edge over the past month, prompting them to take money off the table before year end.

The grim outlook triggered a steep selloff in Asian tech firms, with shares in Japan Display (6740.T) plummeting over 11 percent while Murata Manufacturing (6981.T) and TDK Corp (6762.T) dived as much as 8.9 percent and 8.4 percent respectively.

“We are suggesting our clients to shift from any technology stocks to quality names, stocks with high return-on-equity and low leverage,” Shigemi said without naming any shares.

The Asia ex-Japan index is now down nearly 17 percent this year, after a solid 33.5 percent gain in 2017, with October the worst month since mid-2015.

Investor sentiment has also been dented by the deepening trade battle between the United States and China, with Asian emerging markets suffering their largest monthly foreign outflows last month since August 2011, according to Khoon Goh, Singapore-based head of Asia research for ANZ Banking Group.

Funds returned over the early part of November on hopes that U.S.-China tensions would ease, Goh added, with the focus on this month’s Trump-Xi meeting.

“The outcome of the meeting will have an important influence on portfolio flows in Asia into the end of the year,” Goh added.

Risk assets including Asian equities have also been hurt by rising U.S. interest rates. The Federal Reserve is expected to tighten policy further in December.

In Europe, fears that Britain could crash out of the European Union without a Brexit deal and a growing rift over Italy’s budget hit the euro and the pound, pushing the dollar’s index .DXY to 97.693 against a basket of currencies, a level not seen since mid 2017. It was last flat at 97.5.

The euro EUR= was slightly firmer at $1.1240 after breaking below important chart support of $1.13.

The Italian government is facing a Tuesday deadline for it to submit a revised budget to the EU.

Sterling GBP= fell to $1.2825 as three straight sessions of losses took it to the lowest since Nov.1. There were still considerable unresolved issues with the EU over Brexit, British Prime Minister Theresa May said on Monday.

Oil prices hovered near multi-month lows after declining for a record 11th consecutive session amid softening demand and as Trump said he hoped there would be no oil output reductions.