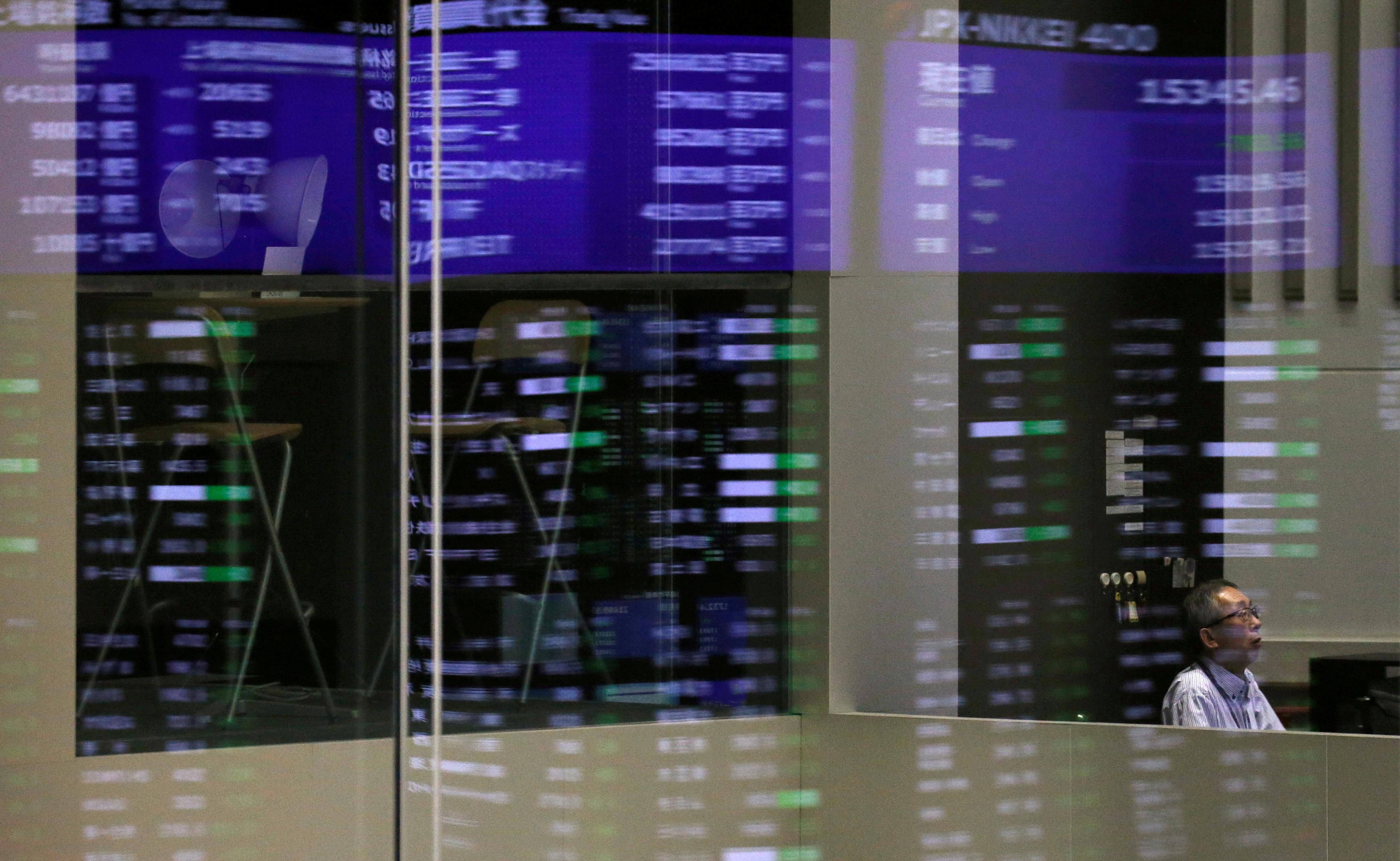 MSCI’s broadest index of Asia-Pacific shares outside Japan .MIAPJ0000PUS edged up 0.4 percent on a positive lead from Wall Street, but the gains were capped by falls in Chinese markets and regional technology shares.

Japan’s Nikkei average .N225 climbed 1.1 percent. The Shanghai Composite .SSEC and blue-chip CSI 300 .CSI300 eased 0.2 percent and 0.6 percent, respectively. Both mainland benchmarks were able to claw back some of their earlier losses, however, on news that China’s leadership was open to dialogue with the United States to resolve trade disputes..

Shares in Asia-Pacific suppliers of Apple Inc (AAPL.O), such as Taiwan’s Hon Hai Precision Industry (2317.TW), fell after a report in the Nikkei newspaper that Apple had told its smartphone assemblers to halt plans for additional production lines dedicated to the iPhone XR. The report drove Apple shares 2.8 percent lower in U.S. trade.

On Wall Street, the S&P 500 .SPX gained 0.56 percent, with financials such as Berkshire Hathaway (BRKa.N) supported by strong earnings.

Ahead of Tuesday’s U.S. midterm elections, investors generally expect opposition Democrats to take over the House of Representatives while Trump’s Republican Party is tipped to retain the Senate.

While political gridlock between the White House and Congress could hinder Trump’s pro-business agenda and raise concerns about political instability, some analysts say such an outcome may have already been priced in by investors.

“Unlike the U.S. Presidential election or the U.K.’s Brexit referendum, the upcoming U.S. (midterm) elections are not a binary event. So it’s unlikely to send stocks significantly in one direction, apart from initial quick reactions,” said Yasuo Sakuma, chief investment officer at Libra Investments.

“So with this one, I don’t think there is much need to hedge against the black swan risk.”

If the Republicans retain their House majority, global stocks are likely to rally on hopes of more tax cuts.

Trump said last month his administration planned to produce a resolution calling for a 10 percent tax cut for middle-income households.

“But further tax cuts would boost already large fiscal deficits and push the 10-year U.S. Treasuries yield above its October high almost instantly. Given rises in U.S. bond yields triggered a correction in equities last month, any rally in stocks is unlikely to last long,” he added.

“Global equities have recovered after their fall in February, which was triggered by a rise in U.S. yields. But this time a recovery will likely be capped because now markets do not have the support they had back in February from tame inflation and the economic boost from Trump’s tax cuts,” said Shuji Shirota, head of macro-economic strategy at HSBC in Tokyo.

Many investors also expect Trump to continue to take a hard line on trade, regardless of the outcome of the elections.

“The impact of trade war will start to appear in U.S. economic data in coming months,” Shirota added.

Both oil benchmarks have slid more than 15 percent since hitting four-year highs in early October.

Moves in major currencies were modest ahead of the U.S. election. The dollar rose 0.2 percent against the yen JPY= to 113.44 yen, its highest level in four weeks.