TELFORD, England — Filtermist, a company flush with business across Europe, is scrambling to fix a problem whose contours are maddeningly unknown. In less than 60 days, absent a sudden outbreak of amity in British politics, the country will crash out of the European Union without a deal spelling out what happens next.

Like the rest of British business, Filtermist, which makes devices that suck oil vapor out of factory air, cannot afford to simply wait and hope that everything works out. With the prospect of an unruly exit increasingly palpable, workers at a plant the company operates in Telford, a modest town in the Midlands of England, are rushing to assemble 800 clean-air units to stockpile in Europe.

Filtermist will ship the units to a factory in southern Germany, squarely within the European Union. Then, come what may — whether politicians in Britain and Europe strike a deal, or whether the bewildering torment known as Brexit yields border chaos — the company can rely on that stash to get its goods to European customers after March 29, the day Britain is supposed to leave the European bloc.

This is the tiresome yet unavoidable nature of business as Brexit shifts from a theoretical event to something real: Companies must plan for outcomes both wildly unknown and potentially damaging. Fearful of havoc, they are stockpiling products, exploring new shipping routes and making backup plans, all the while having no idea how the adventure will end. 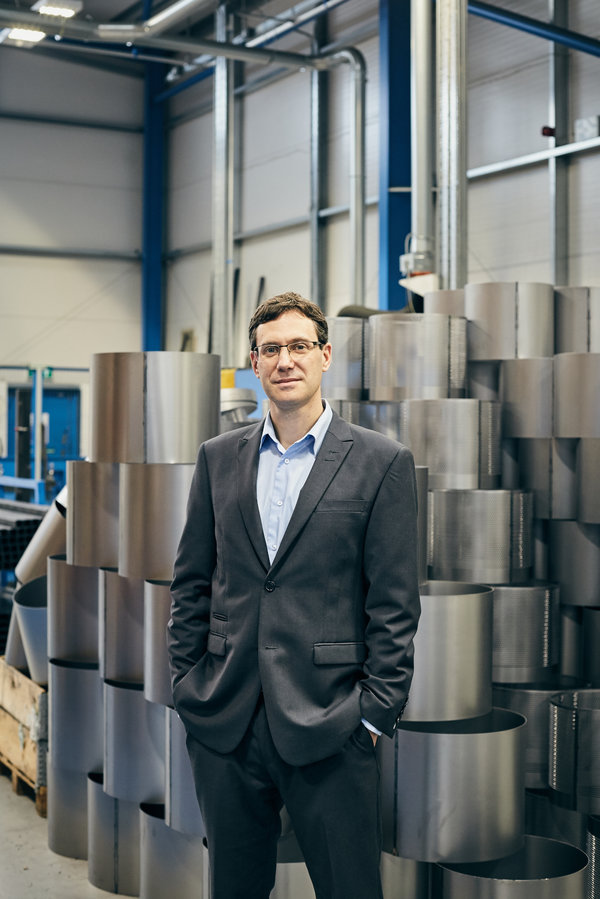 “What are we contending with?” asks Filtermist’s chief executive, James Stansfield. So long as he lacks an answer, his 50-year-old company will ship extra stock to Germany.

It also threatens to be expensive. The British economy is 2.3 percent smaller than it would have been absent the June 2016 vote that set Brexit in motion, according to a recent estimate from the Center for European Reform, a pro-European research institution.

The main culprit is the uncertainty that has discouraged commerce. Investment in the British auto industry plunged by nearly half last year as companies waited to see how Brexit would play out, a leading trade association said this week.

That uncertainty is intensifying in the face of an epic stalemate. Parliament voted down an unpopular exit deal that Prime Minister Theresa May had negotiated with European leaders. Some lawmakers oppose Mrs. May’s agreement because it takes Britain out of the European common marketplace; others because it ties Britain too closely to Europe.

Parliament may yet approve Mrs. May’s deal — she survived a critical vote Tuesday that could have delayed Brexit — especially if the primary alternative is a tumultuous no-deal departure. Britain might extend the deadline, hold another referendum on the question of leaving the European Union or even call the whole thing off. But barring the emergence of a majority behind a negotiated arrangement, Britain will crash out.

That could profoundly alter the European single market, a free trade area running from Ireland to Greece. Customs checks would almost surely be revived at British and European ports, bringing paperwork, inspections and other bureaucratic elements not likely to speed up the transit of goods.

Many companies that trade across the English Channel have been planning for a messy divorce while hoping to be pleasantly surprised by a smoother separation.

Multinational banks now depend on rights within the European market that allow them to legally use offices in Britain to serve customers on the Continent. Brexit is likely to end that arrangement, so global banks have been shifting thousands of jobs from Britain to European banking centers.

Novo Nordisk, a Danish pharmaceutical company, provides more than half the insulin used by British residents with diabetes. The company makes most of its insulin near Copenhagen, trucking the product to the French port of Calais, where ferries carry it to the English port of Dover.

Normally, Novo Nordisk holds seven weeks’ worth of stock at cold storage facilities in Britain. As the risk of a no-deal Brexit has risen, the company has increased that stockpile to a 16-week supply, said Pinder Sahota, the drugmaker’s vice president for the United Kingdom. Novo Nordisk has booked airfreight shipments to ensure that it can get insulin to Britain even if sea lanes are disrupted.

“This is one of the major logistical challenges that our industry has ever faced,” Mr. Sahota said.

Sanofi, a French pharmaceutical company, has also stockpiled medicines while shifting the required quality-testing of batches of newly released drugs from Britain to the Republic of Ireland, a European Union member. That way, the company remains in compliance with European regulations.

Last week, the chief executive at Airbus, the European commercial jet manufacturer, escalated fears that a no-deal Brexit could be a serious blow to the British economy, warning that it could force the company to shift the making of wings out of Britain.

“Make no mistake,” said the chief executive, Tom Enders, in a video posted to YouTube. “There are plenty of countries out there who would love to build the wings for Airbus aircraft.”

John Nollett has grown weary of worrying about factors beyond his control. His company, Pressmark Pressings Ltd., makes auto parts at a factory in Atherstone, about 100 miles northwest of London. He and his partners bought the business in June 2016, closing on the purchase just a week after the Brexit referendum.

“We thought, ‘It can’t be catastrophic. The government will be prepared,’” he said. “But it’s been a shambles, to be honest. There’s still no clarity.”

Roughly one-third of the factory’s 92 workers are from Eastern European countries, including Poland, Romania, Slovakia and Latvia — all members of the European Union. As long as Britain remains within Europe, they have the right to stay and work in Britain.

But what happens in a no-deal Brexit? Limiting immigration was a primary aspiration among those who voted to leave Europe. Mr. Nollett himself complains that “some of the immigrants we’ve had coming in don’t fit with U.K. culture.” If Brexit dislodges Eastern European workers, though, he frets that his labor costs could soar by as much as 30 percent.

He also worries about delays on the steel he imports from Belgium. The company makes parts for a supplier to a Nissan factory in northeast England. The supplier is obliged to deliver parts to Nissan every half-hour or face fines.

Pressmark has increased its reserves of steel by half to ensure that it has enough to last 15 days. The coils lie in a corner of the factory, on a grease-stained patch of concrete.

The company borrowed 200,000 pounds (about $263,000) to finance the additional steel. This, combined with a dip in British auto sales, prompted Mr. Nollett to delay buying newer presses.

“Why would we want to invest in a plant if we are going to lose volume?” he asked. “You’ve got the uncertainty over Brexit.”

At Filtermist, which employs about 90 people in Britain, Brexit has posed a distraction from the company’s surging growth. Sales increased by nearly a third from 2017 to 2018, as factories around the world sought to protect workers from the hazards of industrial air. Filtermist automated part of its production and found jobs for the workers displaced by robots.

Mr. Stansfield, the chief executive, does not lack for other worries, among them an economic slowdown in China. But Brexit presents an especially acute danger: Manufacturers could leave Britain for industrial areas in Europe, especially in the key industries of aerospace and automotive. This was the point the Airbus chief brought home.

“He voiced what many people were thinking,” Mr. Stansfield said. “It’s going to affect us.”

Filtermist is owned by a Swedish conglomerate. Mr. Stansfield has grown accustomed to phone calls from incredulous Swedish board members who assume that he, by dint of being English, must be able to divine the mysteries of Brexit.

Is the US headed toward a short British-style election amid the coronavirus crisis?

Trump's attack on GM over ventilators quickly turns to praise

Coronavirus: EasyJet founder in threat to oust board
We and our partners use cookies on this site to improve our service, perform analytics, personalize advertising, measure advertising performance, and remember website preferences.Ok