NEW YORK (Reuters) – A revenue warning from Apple Inc (AAPL.O) rocked equity markets around the globe on Thursday as concerns over the damaging China-U.S. trade battle and its impact on world economic growth boosted assets considered safer investments, such as bonds and the Japanese yen.

That heightened concerns that sluggish global growth may be reflected in the United States, where corporate earnings season is set to kick off in a few weeks. Some market watchers fretted that U.S. corporate earnings may recede this year, leading to a further downturn in equities.

“With the friction in the global economy, the market has to discount the multiples we’d previously been paying,” said Michael O’Rourke, chief market strategist at JonesTrading in Greenwich, Connecticut. “Investors want to pay lower prices with the increased level of risk out there.”

As stocks were roiled, U.S. Treasury prices rose and their yields tumbled. The two-year Treasury yield US2YT=RR briefly dropped below 2.4 percent to reach parity with the federal funds effective rate for the first time since 2008. The market move indicated that investors believe the Federal Reserve’s plans to continue tightening monetary policy may be too aggressive given signs of an economic slowdown.

“When the two-year yield is up, it’s constructive for equities, because it’s signaling that the economy is doing well, that the market can absorb the Fed moving toward rate normalization,” said Quincy Krosby, chief market strategist at Prudential Financial in Newark, New Jersey. “The two-year yield is telling you a different story now.”

Apple’s news also unsettled the currency markets, with the safe-haven yen climbing against the dollar JPY=. The dollar was last 1.19 percent lower against the yen at 107.57 yen.

Earlier, in what some market watchers called a “flash crash,” the yen rose as much as 4.4 percent versus the dollar after a flurry of automated orders triggered a massive move in Asia, where trade was thin with Japanese participants still away for the New Year holiday.

The dollar index .DXY, measuring the greenback against a basket of six other currencies, was last down 0.6 percent. The euro EUR= rose 0.48 percent against the dollar to $1.1396. 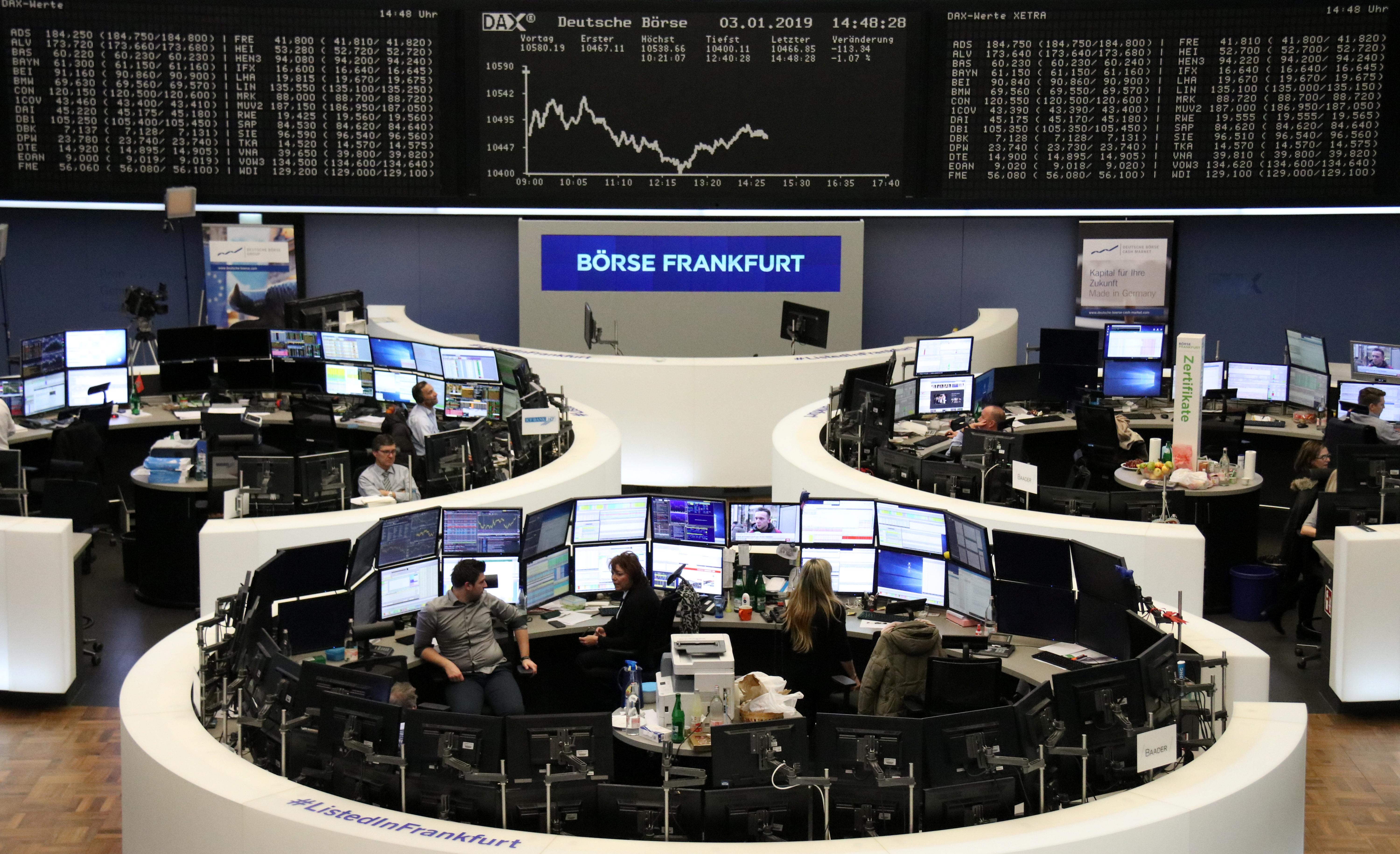