(Reuters) – Apple Inc shares plunged 10 percent on Thursday after the iPhone maker blamed weak China demand for a holiday-quarter revenue shortfall, with many investors worried the rare stumble was a harbinger for slowing global growth.

After Apple’s first revenue warning in nearly 12 years, investors also dumped chipmakers and tech stocks and flocked to perceived safe havens like U.S. Treasuries and the Japanese yen. [MKTS/GLOB] Developments in a patent dispute between Apple and Qualcomm in Germany also rattled investors.

A senior White House economic adviser said he expected trade uncertainty to hit earnings at many U.S. companies, but that sales at Apple and others with large exposure to China would recover once Washington and Beijing strike a trade deal.

“That is having an impact on earnings and it’s not going to be just Apple,” White House Chairman of the Council of Economic Advisers Kevin Hassett said in an interview with CNN.

“I think there are a heck of a lot of U.S. companies that have a lot of sales in China that are basically going to be watching their earnings be downgraded next year.”

Economic deceleration in China had caught Apple off guard and trade tensions between Washington and Beijing were starting to hurt consumer spending on smartphones in China, Apple Chief Executive Officer Tim Cook said on Wednesday.

Cook in November had cited slowing growth in emerging markets such as Brazil, India and Russia when Apple gave first-quarter sales estimates that were lower than expected. But he said then that he “would not put China in that category” of countries with troubled growth.

The China slowdown comes as Apple faces other obstacles in some of its biggest markets.

Qualcomm Inc said it had posted security bonds to enforce a court order banning sale of some iPhone models in Germany, meaning Apple would likely have to pull iPhone 7 and 8 models from its 15 stores in the country.

The German case, part of a global patent spat between the two companies, is Qualcomm’s third major effort to secure a ban on iPhones over patent-infringement allegations after similar moves in the United States and China.

Wall Street analysts scrambled to cut their price targets on Apple, with at least 27 lowering their estimates. The current median price target is $186.

Many analysts and investors had worried about a slowdown in iPhone sales since the company said in November it would stop disclosing unit sales data for its phones and other hardware products.

Apple’s latest comments fueled worries that its relatively high-priced devices may be falling out of favor in China, where rivals such as Huawei Technologies Co Ltd [HWT.UL] offer cheaper options.

Peter Richardson, a research director at Hong Kong-based Counterpoint Research, said it was difficult to see a catalyst that would help Apple recover lost ground in China. 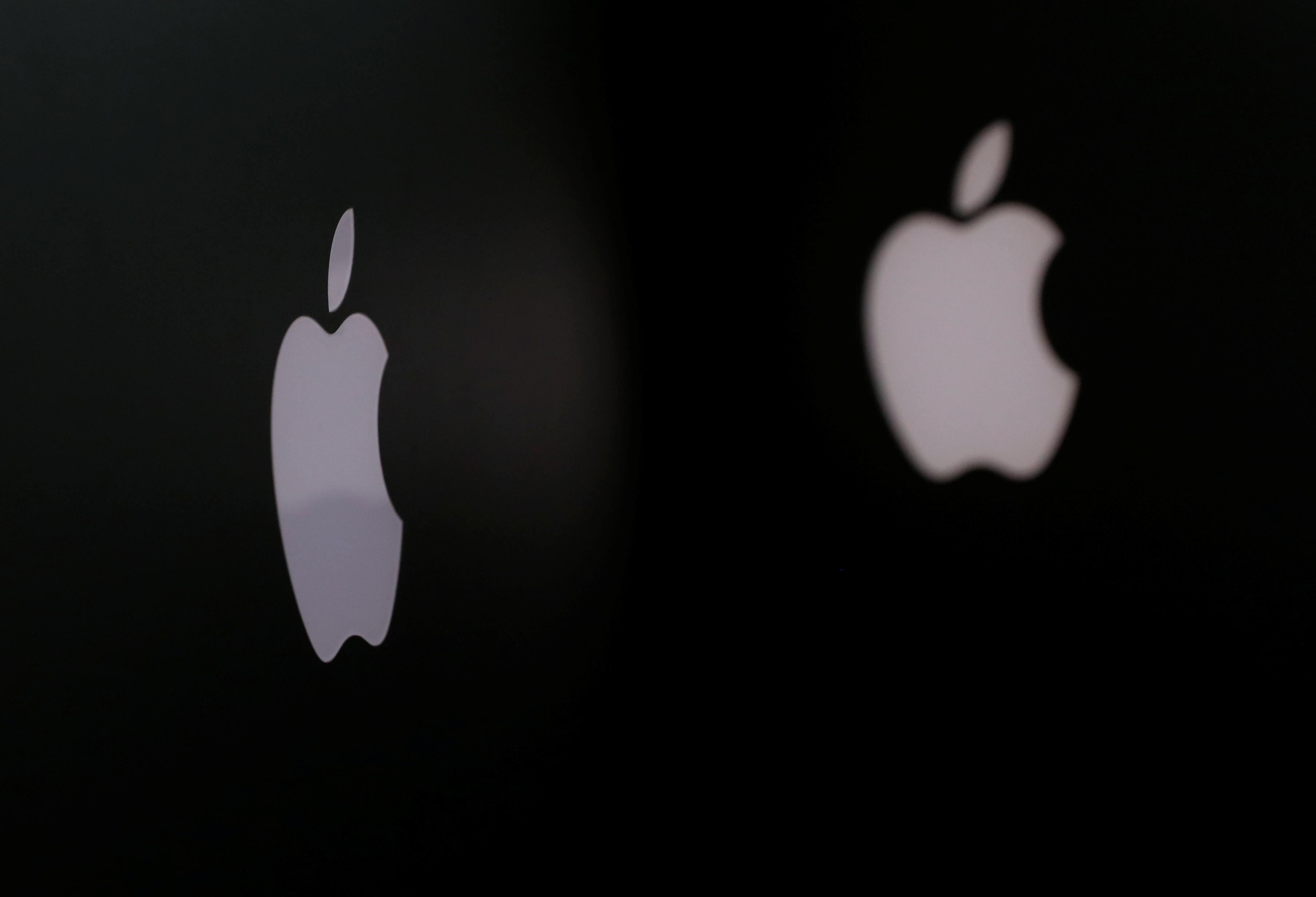 “Until it changes this pricing strategy, it is unlikely to see market share growth and will most likely see a gradual contraction as iPhone users upgrade at slower rates,” said Richardson.

Apple on Wednesday lowered its revenue forecast to $84 billion for its first quarter ended Dec. 29, below analysts’ estimate of $88.05 billion. Apple originally forecast revenue of between $89 billion and $93 billion.

Apple shares were down 9.8 percent at $142.40. The stock has fallen about 30 percent since Cook said in November that the company may miss its holiday quarter sales estimate.