For the past two weeks, I’ve been trying to nudge my parents into getting the vaccine. They’ve been eligible since the beginning of May and can book an appointment through their G.P. whenever they want. They’re going to get it. They’ve just been putting it off.

I’ve been hugely frustrated at the slow pace of Australia’s vaccine rollout, especially watching from Melbourne, where we are just coming out of a two-week lockdown that might not have been necessary if more people had been inoculated.

Damien, our bureau chief, is working on a big-picture article about how Australia and Asia, so successful in the early containment of the virus, are now lagging behind in their vaccine rollouts and facing months more of isolation and uncertainty. (Look out for that in the coming days.)

On a micro level, I think my parents — and a seemingly sizable number of Australians who have a similar mentality — are another element of the story: people who have no issues with vaccines, but due to complacency and the perception that we’re more or less safe from the virus here in our island fortress, have little incentive to get vaccinated.

My parents are pro-vaccine, well-educated and well-informed. The latter might be part of the issue — they became eligible for the AstraZeneca vaccine not long after the government’s memorable late-night news conference in which it announced that the vaccine, because of extremely rare cases of blood clots, was no longer recommended for people under 50, and consumed a lot of the subsequent breathless media coverage.

They also live in Sydney, where there hasn’t been a serious outbreak since December and where the coronavirus feels continents, or at least states, away. “We’re not at much risk anyway,” my dad said back in early May. “There are people who need it more right now, we’ll let them go first.”

I have to admit that complacency also crept into my own thinking. When my parents told me they were going to wait, I pretty much went: I’ll deal with this later. I’d talk to them about it, but I needed to mentally prepare myself for what might be a very long conversation, so I’d do it when I have the time and energy.

And while I knew very well that the risks from the vaccine were tiny, it’s different in practice when it’s people you care about. What if I pushed them into getting it and then something happened? I could have this conversation with them any time. It didn’t have to be right now, since there was no immediate risk anyway.

Then, of course, Melbourne had another outbreak and the prospect of weeks in lockdown kicked me right out of my complacency.

The one good thing about lockdown is that it’s a great talking point: “This could happen in Sydney at any time! We’re not free of the virus yet! Don’t you want me to visit you? I can’t do that if we keep having lockdowns!”

But even now, that sense of urgency doesn’t seem to have hit. They haven’t seen any great push from the government for people to get inoculated. It’s not as if the outbreak in Victoria has affected them on any practical level (they’ve been sending me photos of them going hiking with friends, which in locked-down Melbourne I couldn’t help but be slightly resentful of). In Sydney, which has been pretty successful at containing the virus without imposing lockdown-level restrictions, the risk of another outbreak still doesn’t seem to outweigh the miniscule risk of the vaccine.

They’re coming around to it. They understand that it takes weeks between doses, which means it makes no sense to get it only when there’s the risk of an outbreak in Sydney. And more people they know are now getting inoculated.

This week, they’ve finally said they’ll make an appointment to get vaccinated. It doesn’t mean they’ll do it immediately, and it’s possible they were just saying it to appease me, but still, I’m counting it as progress.

How do you feel about the progress of Australia’s vaccine rollout? Write to us at [email protected]

Now for this week’s stories: 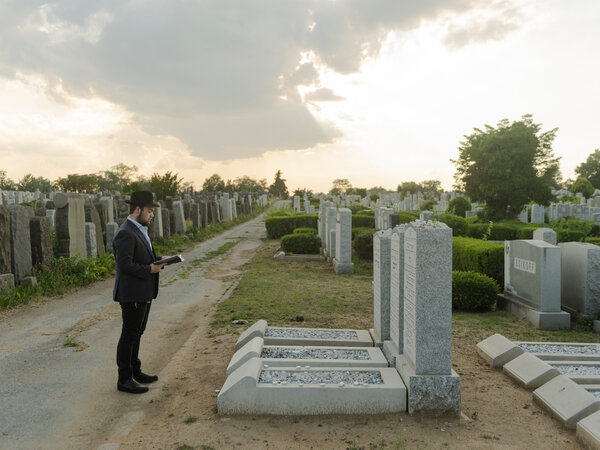 The Brooklyn Man Who Set Out to Track Every Jew Lost to Covid. The coronavirus hit some Jewish communities especially hard. As he followed his own odyssey during the pandemic, Tzali Reicher tallied the dead — and learned about the lives they lived.

The Criminals Thought the Devices Were Secure. But the Seller Was the F.B.I. Global law enforcement officials revealed a three-year operation in which they said they had intercepted over 20 million messages. Hundreds of arrests were made in more than a dozen countries.

New Dinosaur Species Is Australia’s Largest, Researchers Say. Australotitan cooperensis, a long-necked herbivore from the Cretaceous period, is estimated to have weighed 70 tons, measured two stories tall and extended the length of a basketball court.

In Australia, a Peek at Broadway’s Comeback. When The Times staged a musical number for its live event series, the performance served as a sneak preview of a theater world preparing for takeoff.

In ‘Sweet Tooth,’ a Taste of Fantasy Rooted in Reality. Based on a comic book about a pandemic-fueled apocalypse, the new Netflix series is actually full of big-hearted whimsy. Thank the remote-controlled ears.

Many People Have a Vivid ‘Mind’s Eye,’ While Others Have None at All. Scientists are finding new ways to probe two not-so-rare conditions to better understand the links between vision, perception and memory.

‘We’re Going to Publish’: An Oral History of the Pentagon Papers. Secret hotel rooms, stolen classified documents and the scoop that exposed the lies behind the Vietnam War and led to a landmark Supreme Court decision.

In Shadow of Navalny Case, What’s Left of the Russian Opposition? Russian domestic politics took a flint-hard turn this year and much of the opposition leadership is now in exile or prison.

The Pandemic Messed With Your Sleep. Here’s How to Feel Rested Again. You can overcome ‘coronasomnia.’ Experts say it just takes practice building new and better habits.