He Developed a Video Game Cheat. Then His Home Was Raided.

MELBOURNE, Australia — Imagine you are racing a car through a packed city center. You are in first place, only seconds from victory, when suddenly, a missile explodes and kills you.

By the time you have come back to life — you’re playing a video game — you are far behind the fleet. But your attacker, despite being rammed and shot at, stands unharmed.

For players of the popular video game Grand Theft Auto Online, scenarios like this are not uncommon when facing off against competitors using an unauthorized plug-in known as Infamous that lets them make themselves invincible, teleport or acquire unlimited weapons, vehicles and currency.

But the game’s publisher, Rockstar Games, and its parent company, Take-Two Interactive Software, are stepping up their response — worldwide — to what they see as outright cheats. They have filed at least five lawsuits in the United States, Europe and Australia, with the most recent case including a search and seizure order against Christopher Anderson, a Melbourne man connected to Infamous. 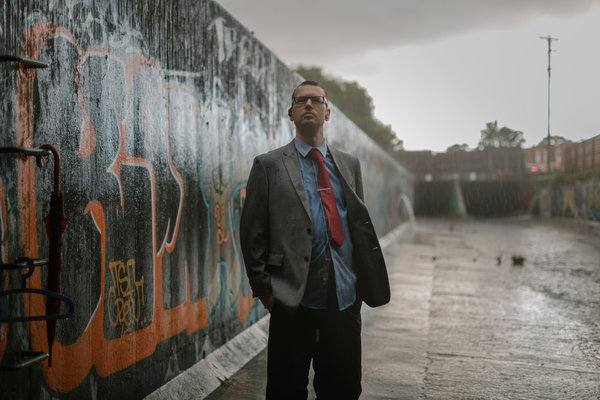 While the move has been welcomed by some gamers, it has incensed others who argue that video games (like other online realms) should be open and collaborative; creators working outside major corporations often develop modifications that enhance players’ experiences.

The crackdown has also raised broader questions about the reach of copyright law, which some scholars see as a potential threat to free speech, and whether search and seizure orders go a step too far in policing online civility.

“Cheaters do tend to ruin the game experience for others, but not everything that is antisocial is illegal, nor should it be,” said Mitch Stoltz, a senior attorney with the Electronic Frontier Foundation, a nonprofit in San Francisco that defends digital privacy and free speech.

Mr. Stoltz said the legal arguments being raised by game publishers pushed the boundaries of copyright law, which generally applies to making permanent copies, rather than temporary modifications. Changing a game “isn’t actually distributing a new version of the game, just as watching a movie through tinted glasses isn’t watching a new movie,” he said.

There’s a lot of money at stake.

Since being released in 2013, Grand Theft Auto V has reportedly made $6 billion, which is more than any film in history. Until recently, gamers could easily download Infamous for use with the online version of Grand Theft Auto. Prices ranged from a few dollars to about $40 for a lifetime membership.

But earlier this year, Infamous was taken offline following a spate of legal action by game developers against “modders,” or people who modify games in a way the original designers did not intend.

Take-Two Interactive took legal action against cheat developers in New York, Florida, Britain and Germany for copyright infringement. Epic Games — the developer of the popular multiplayer game Fortnite — also filed multiple lawsuits against YouTube users in North Carolina who promoted the use of cheats online. (One of them was a 14-year-old.)

While Take-Two Interactive is based in the United States, the defendants’ cases are subject to copyright law in their own countries. Free trade agreements and treaties have helped standardize how those laws work, legal experts said, making it easier for companies to police their wares across national boundaries.

But for players, the cases and the severity of enforcement often come as a surprise.

In September, an Australian federal judge issued orders against Mr. Anderson — who is also known online as “sfinktah,” “Koroush Anderson” and “Koroush Jeddian” — authorizing a freeze on his assets and a search of his home in Melbourne. (The address of Mr. Anderson’s neighbor, which he said he had once used for an Amazon delivery, was also searched under the order.)

The use of search and seizure orders in copyright cases is not uncommon in Australia, said Nicolas Suzor, a law and digital media researcher at Queensland University of Technology. But having them obtained in a closed courtroom hearing without the defendant being represented is concerning, he said.

“They can’t technically protect the software, so they’re using scare tactics,” said Mr. Anderson, 42, standing outside his home in southeast Melbourne, on a porch strewn with broken electronics, a faded shopping basket and a cactus.

The raid, Mr. Anderson said, came after weeks of surveillance. Early on the morning of Sept. 25, his computers and hard disks were seized.

Mr. Anderson, who does not currently have a job, was also prohibited from using or disposing of any assets — excluding for modest living expenses — and was restrained from further developing or distributing Infamous and any other cheat software.

Failing to do so, the court order noted, could result in his imprisonment. He is acting as his own attorney, he said, and has yet to file a defense.

“They’re just beating up on me,” Mr. Anderson said of the game publishers, arguing that the search and seizure order was a disproportionate response. Infamous was designed to help players combat cheaters using more sinister modifications, almost like an antivirus software, he said.

But Alex Walker, editor of the gaming website Kotaku Australia, said that Infamous was “just a straight-up cheat.” Cheats, he said, “break and exploit parts of the game code to advantage the experience of one player at the disadvantage of other players.”

“It is genuinely harmful to the community,” he added.

In a statement provided to The Times, Take-Two Interactive said it was “committed to protecting our multiplayer community from harassment and other disruptions to their shared entertainment experiences.”

“We can and will continue to take legal action against those who interfere with the multiplayer environment enjoyed by our audiences,” the company said.

Take-Two Interactive’s lawsuit coincides with the release of its newest game, Red Dead Redemption II — a hotly awaited sequel to the Western adventure game in which players can freely explore a built universe instead of adhering to a structured sequence of events. The company’s crackdown on “mod” developers, experts say, may be both a warning to aspiring cheat developers and an attempt to preserve sales.

According to Take-Two Interactive’s most recent annual report,  game spending by fans — on virtual currency or costumes, for example — accounted for 42 percent of net revenue. This business model, experts say, is increasingly threatened by “mods,” which can offer those same items for free (or at an amount that goes to the “modder” and not the game publisher).

“Video game publishers and developers are forced into a perpetual virtual ‘arms race’ to update their products and security technology before the sellers can update theirs,” the Entertainment Software Association, a video game industry trade association based in Washington, wrote in a submission last month to the Office of the United States Trade Representative.

Still, copyright policy may not be the best way to tackle the problem, said Meredith Rose, a policy counsel and copyright expert with Public Knowledge, an advocacy group in Washington focused on consumer digital rights. She said banning individual cheaters, for example, would be a fairer and more effective response.

“The proportionality of the hammer is completely out of scale with the harm being done,” Ms. Rose said.

Even if copyright litigation were justified when it came to cheaters, she added, the cases could set a dangerous precedent: Copyright and anti-circumvention laws could also be used to deter competition, criticism of corporate policies or reports of security vulnerabilities.

The contracts that accompany downloads of video games and other media products often include clauses that allow for a broad range of “draconian” corporate policing, said Mr. Stoltz, the San Francisco attorney.

When courts worldwide become willing to “transform violations of the fine print into heavy-handed remedies,” he said, it makes everyone vulnerable to “the whims of every company that we do business with online.”

This article was produced in collaboration with the Australian Broadcasting Corporation’s Science team. An ABC radio report about the international crackdown on cheats by gaming companies can be heard on “RN Breakfast” between 8 and 8:30 a.m. Australian Eastern Daylight Time on Thursday.

Livia Albeck-Ripka is an Australia correspondent for The Times based in Melbourne. Follow her on Twitter: @livia_ar